Trying to replace an old switch that controls a ceiling fan with light. The original switch had a knob that you would push in to turn the light on or off and use the knob to dim the light.

I purchased a new switch that looks to be a three-way switch but when I installed it the lights would flicker.

I’m thinking the new switch is too high tech as it controls multiple devices, remote, up to 10 items, etc.

On top of that the new device has four screws where my wall receptacle only has two black wires. So maybe I did something wrong when wiring? I connected black with black, but the additional black connected to white. 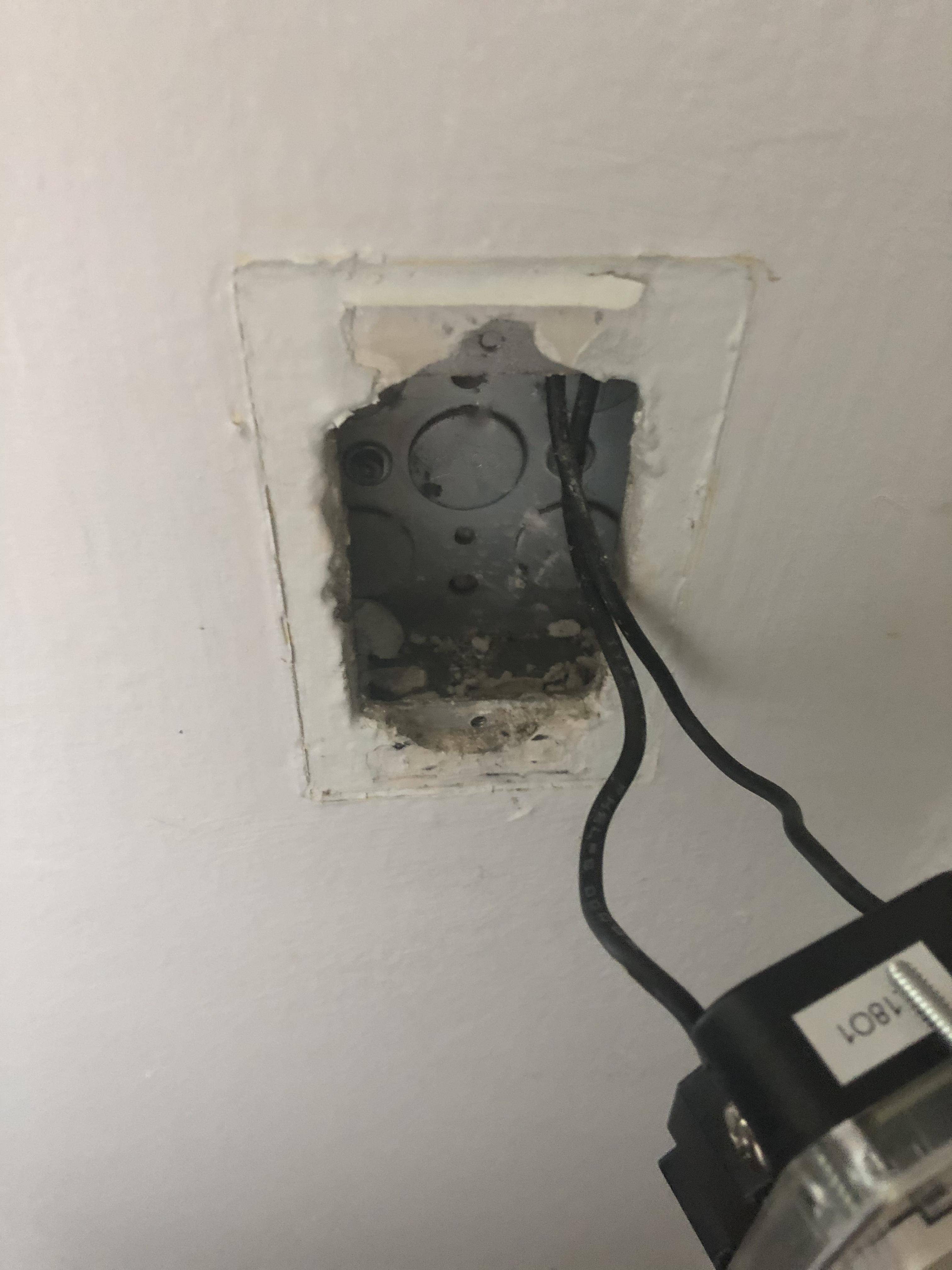 Here's the problem. Your original installation only has the two wires, even though it controls both light and fan. This means the original switch was not a plain switch. It was a complex beast, which multiplexed both fan and light control onto those two wires.

It can be fairly guessed that it's having a conversation either with a smart fan, or with a fan control module sitting up there in the fan box.

As such, you cannot just slap any random switch in there. You need to use a smart switch capable of speaking the lingua franca of whatever's up in the ceiling. Most likely, that is a proprietary device made by the manufacturer of the fan: the information on the old switch will tell the tale.

Or, gut it and start over

Your other option is to completely gut the old control system, and install a new matched-set of fan control switch + control module (and fan too if the requisite smarts is built into the fan).

Since this appears to use the conduit wiring method, you can semi-easily add additional wires into the pipe if necessary; in principle you could even rollback to the old 3+ wire method of controlling fans + lights.

However, the very fact that you're groping in the dark wondering if a 3-way switch is what you need, tells me that you do not yet have the skills to accomplish such a redesign. If you go this route, I'd either bring in help or skill up.

Otherwise just figure out how to get a compatible switch from the same manufacturer.

2
How do I know if a ceiling fan with light and the switch are wired correctly?
2
Help wiring timed fan switch
0
Rewire wall switch to an on/off switch, for a ceiling fan that has nightlight, fan & lights?
0
New light switch not working
1
Help replacing a dimmer switch
3
Replacing Bath Fan Switch with Timer Switch
1
Help with replacing a light switch
1
Replace light switch with z wave smart switch