I own a house in the PacNW, and am starting to plan out a fairly extensive remodel. The house has issues, however, that I want to fix or work around, and I am trying to get an idea of how extensive the demo will be.

Issue #1 is that the house was built in 1942, and structurally does not meet current code. It is 2 story with full basement, and the 2nd floor floor joists are rough cut 2x6 with approx a 16 foot span, 16" OC. I know that doesn't meet code on span alone, so this is issue #1 I am trying to work with. Issue #1.5 is that those same floor joists are not square cut where they rest on the exterior walls, they are cut at a 45 degree angle (roof is 12/12). Diagram: 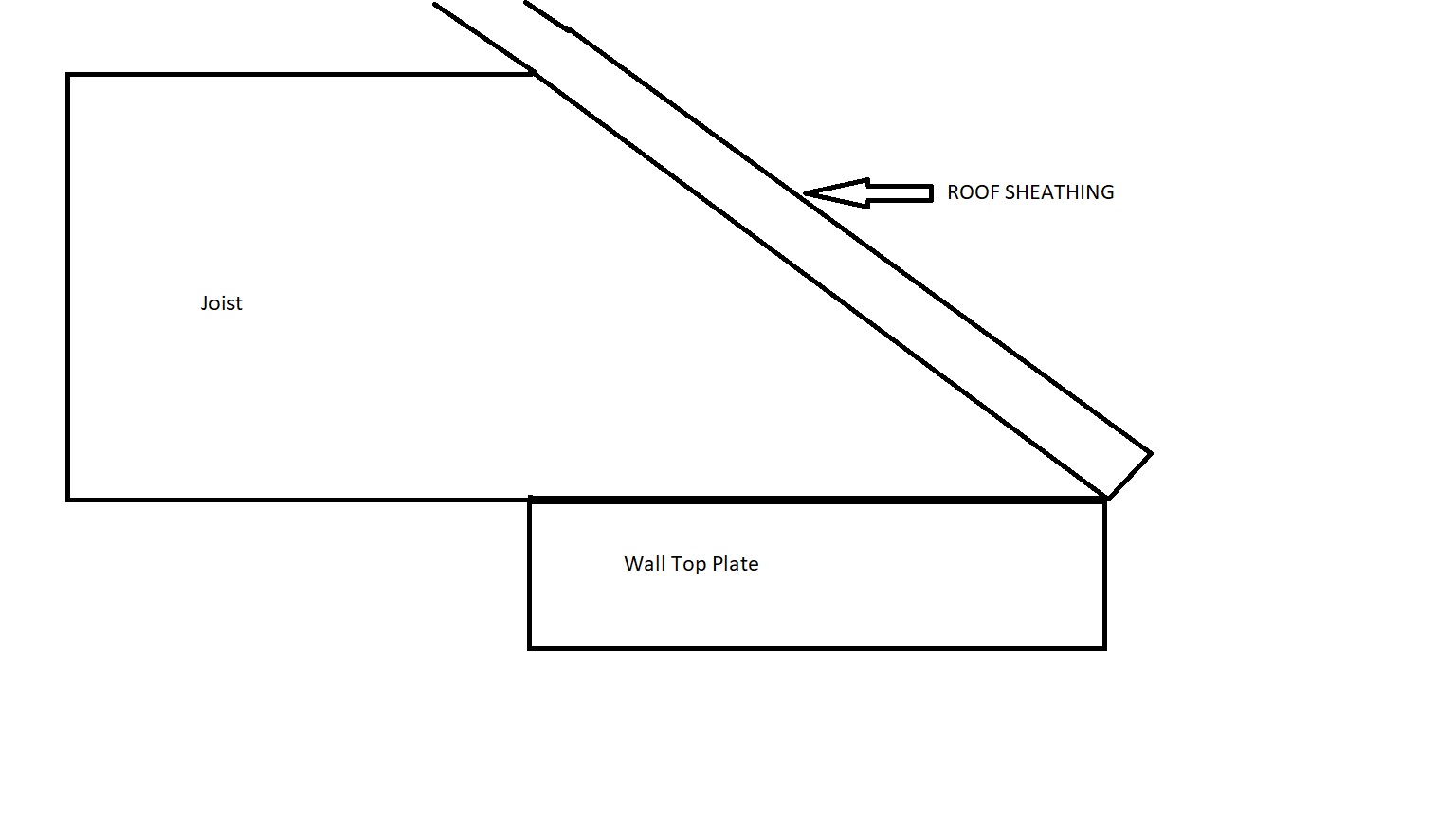 Issue #2 I have is that there is no sill plate on top of the concrete foundation wall, the 2 x 10 rough cut 1st floor joists (and rim board) are resting directly on top of the concrete foundation. The joists look like they were placed when the concrete was slightly still wet, as they sank into the concrete a bit before it set up, so they have a sort of a pocket they rest in, but there is no treated lumber in between them and the concrete. From looking at (and poking at) the joist ends I can see in the basement, there seems to be no rot, but I would like to earthquake retrofit the house (go Cascadia fault!) and add a treated sill plate connected to the foundation wall with appropriate fasteners.

The house did not have a 2nd floor when it was built, I think, and was added later in a remodel of the attic space. The house was last remodeled in the early 1970s, from what I can tell, and I bought it as an estate sale for a third of the prevailing market price of the houses around it.

For fixing issue #1, will that require new joists to meet code? or can I sister LVL or I beam joists? Total rebuild of the 2nd floor from the joists on up?

For issue #2, can I bring in a contractor to cut the concrete wall such that I can slide a new treated sill plate in and fasten the existing structure to that new piece? Has anyone heard of that being done before?

I am going to bring over a structural engineer in March to take a look, after I graduate college, and give me an educated opinion, but I would like to put out feelers here and see if I can get some educated guesses for what I am looking at.

Issue #1: Yes, you are correct. Those older, larger, joists (even using Douglas Fir - Larch species and Select Structural grade) they DO NOT meet the current structural code.

If I did my calculations correctly, they barely meet code (40 psf Live Load plus 15 psf Dead Load) for a 12’ span. You’ll need to add additional floor joists.

Issue #1.5: The tapered bearing end would be acceptable, if 1) the joist has full bearing, and 2) the roof slope is 4:12 or greater. (If it’s a low slope roof then more of the joist is cut and removed.) BTW, does that make those joists ceiling rafters and not floor joists with the roof sheathing in that arrangement? If so, your rough 2x6 at 16” oc spanning 16’ is acceptable.

Issue #2: Another way of solving the no sill plate issue is to install a pressure treated ledger bolted to the existing concrete wall, rather than cutting the existing concrete wall down. Lift the joists up 1/4” and clip the joists to the ledger. Then install blocking and nail the exterior sheathing to the blocking for shear walls. (Where you live, you’ll probably want to add exterior wall sheathing for your seismic resistance.)

I’m sure you have other issues too: 1) energy code, 2) tempered glass, 3) smoke detectors, etc.

1) The Energy Code will require 2x6 exterior studs so you can install 6” insulation or you’ll need to install and exterior layer of rigid insulation...or you could install a super efficient heating system to off-set the 4” insulation. Also, thermal pane windows, etc.

First those original beams have 2x the strength of anything you can purchase today!
So explain how they did not meet code. I have remodeled many pre 1930 homes in the PNW and if you do not have rot or pest damage those old 2x are fine. They will have many more growth rings and be close to clear. The ring count was removed from the books decades back today a 2x4 can pass with 6 rings for a #2 (building grade) yours probably have close to 30 or more rings.

From your comment: Your job sounds like cosmetic work not structural and with that no change to the structure is required. if not changing the structure no permit is needed (possibly electrical yes to bring it up to modern standards) but even this is not required. Old knob and tube is still legal. If I open walls I update electrical, I like to remove plaster and install Sheetrock (getting rid of lead paint and fresh look).

Not the answer you're looking for? Browse other questions tagged joists structural remodeling or ask your own question.

2
Support for Tile floor
3
Joists have different height
2
Adding more floor joists in a crawlspace. Originals are 5' OC and need more support
1
Which trade(s) should I hire for structural repairs?
0
making converted attic into full height (roof tear off)
6
How should I repair this floor joist that is too short?