I am stripping off wallpaper from an old Scottish building. Some of the walls have damage, and some of the plaster has a white hairlike fiberous material below. I found this before it was in a whitey orange sheet that was exposed where a doorhandle had hit the wall too hard and exposed the fibers below the plaster, I didn't think twice about it, I plastered over it.

Today I came across it again, and it suddenly occurred to me that this could be asbestos. Has anyone seen anything like this before? Note this is a very small section, so it is largely undisturbed.

Does this look like abestos, and if it is, for small sections like this, is it safe to plaster over it? 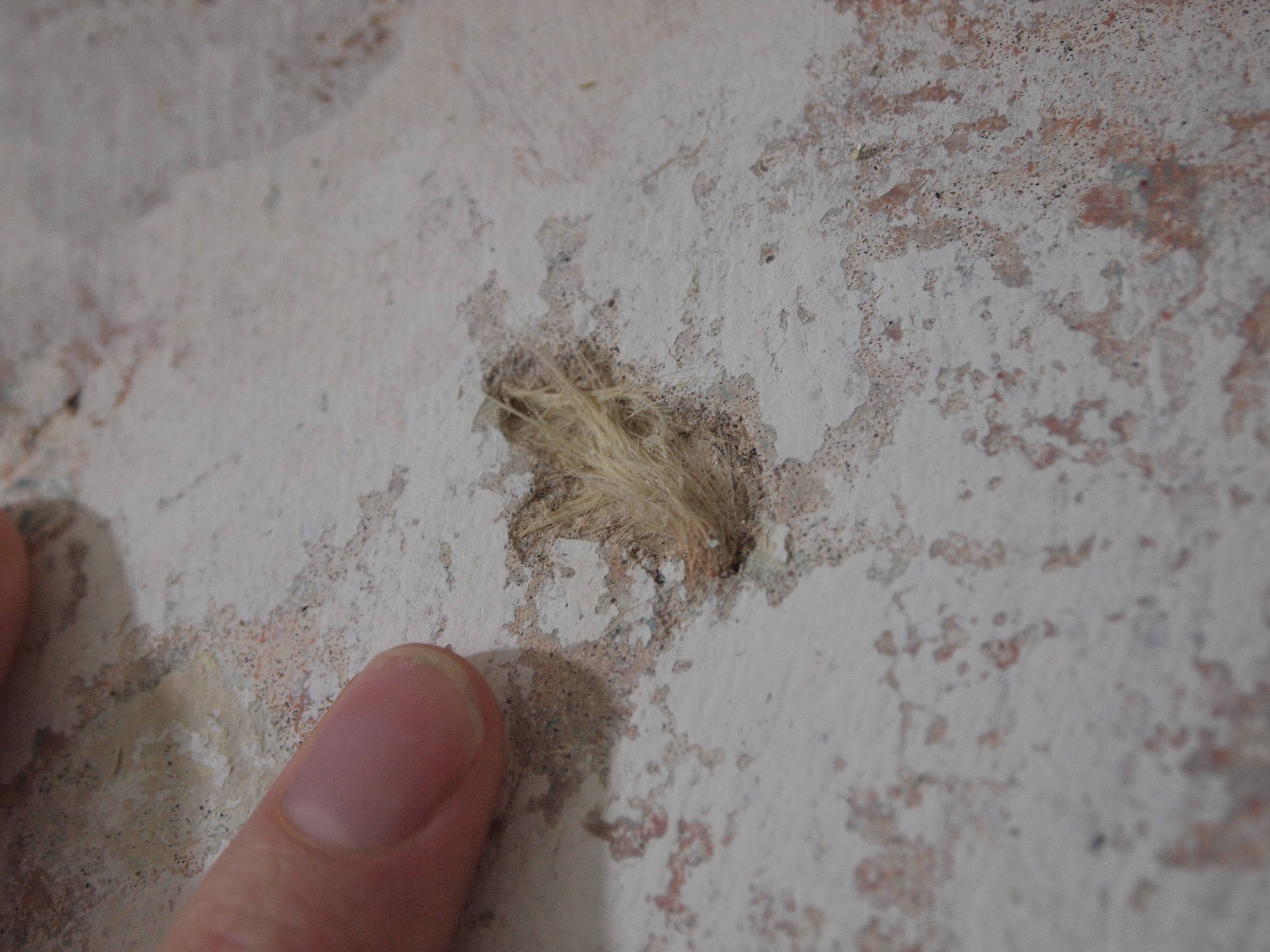 I clipped off part of it with a scissors and took it outside. Then at arms length I set fire to it with a lighter holding it with tweezers with a mask on. It fizzled. It didn't melt, nor did it catch fire, but the strands disappeared very quickly.

I then took a small sample of fibers and brushed them with tweezers bending them to see if they broke off, they did not, the fibers were springy and no amount of bending them caused the fibers to snap off.

I then inspected the fibers carefully and saw that all the fibers were of the same thickness. I tried to tug at the fibers using two tweezers and there was a very high tensile strength - the fibres didn't break under strain.

Has anyone see this stuff before? Does it look like asbestos? Is it safe to plaster over?

I am almost certain that it is horse hair. It was added to plaster as a binder in the old days This site gives a history of its use and answers a ton of questions you might have about it.

Still if you want to be positive it is not asbestos have it tested.

And if you need something else to worry about there is a possibility of anthrax contamination in old horse hair plaster!

Not the answer you're looking for? Browse other questions tagged walls plaster asbestos or ask your own question.

1
Asbestos paper-like material on sides of cold air return
3
Do HEPA or P-100 filtered respirators sufficiently protect against asbestos?
1
Asbestos in Spackle - what now?
1
Is this asbestos plaster?
1
Do n95 masks provide ANY protection against asbestos?
0
Question about Asbestos Exposure