I am replacing the old linoleum flooring in my kitchen with vinyl planks. This is certainly one of the most involved renovations I have done (first home owner and up until now I've only replaced some electrical outlets and installed a ceiling fan in a 3 season room.)

My kitchen is roughly shaped like a rectangle with a protrusion on one side where it joins the front entryway. What I did not realize is that on the West side, the north/south running wall is 95" while on the East side of the protrusion it is 97".

I began laying the planks working on the west side as that was where I was able to clear all appliances from first. I currently have 6 rows of planks in position, and started laying out some scrap pieces to gauge where to begin the 7th row, which would crest the protrusion and run the entire length of the kitchen (~20'). It was at this point that I discovered that 2" spacing along the East side of the North wall. Would it be acceptable to cut the planks down to 2" width and run along that ~7' wall?

In the images below, the first is where I had started (the orientation of the planks encourages laying them from NE -> SW, as I will have to shift some furniture / appliances from the East side to West side half way through).

I have not removed the existing trim or put spacers down for the 2nd half, but taking those into account, the planks would need to be cut to a 2" width to fill that gap. 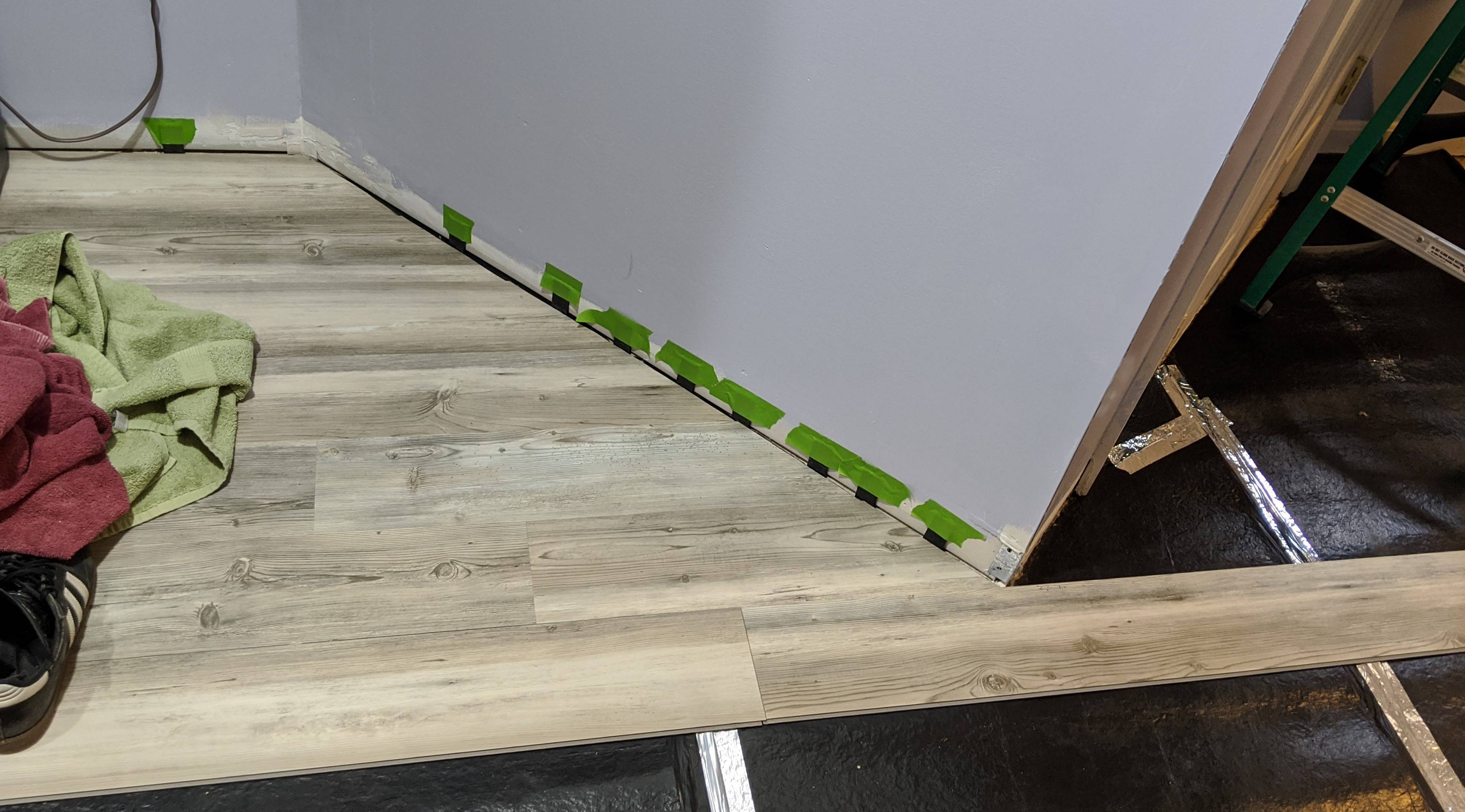 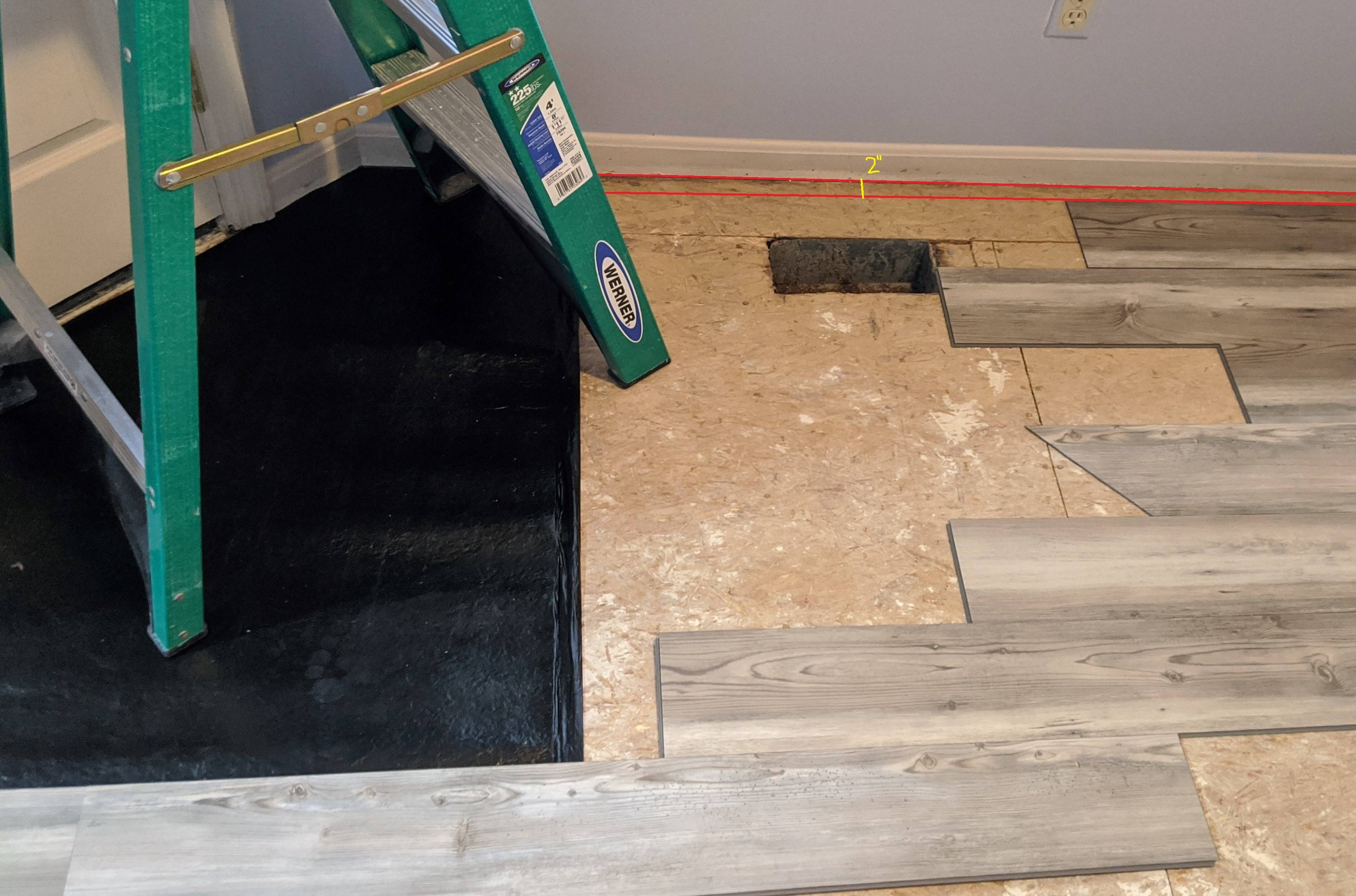 Browse other questions tagged vinyl-flooring or ask your own question.

3
What is the best flooring for my basement?
2
What is the best type of underlay for vinyl flooring?
1
What can I do with vinyl tile where the floor edge is open, like at a descending staircase?
3
The vinyl plank click flooring I installed in two rooms develops gaps at the ends between the two rooms. Can I glue the ends together in this area?
0
What is the proper waterproof bathroom underlayment for vinyl tile flooring?
0
Bad floating vinyl plank installation.How to fix half inch strip
0
Does luxury vinyl flooring need to be installed all the way under a gas stove?
0
Best way to lay vinyl in this room
3
How to best to install vinyl floor around the base of banister?