What's this bolt head type and how can I open it?

There is a bolt screwed inside a long hole: 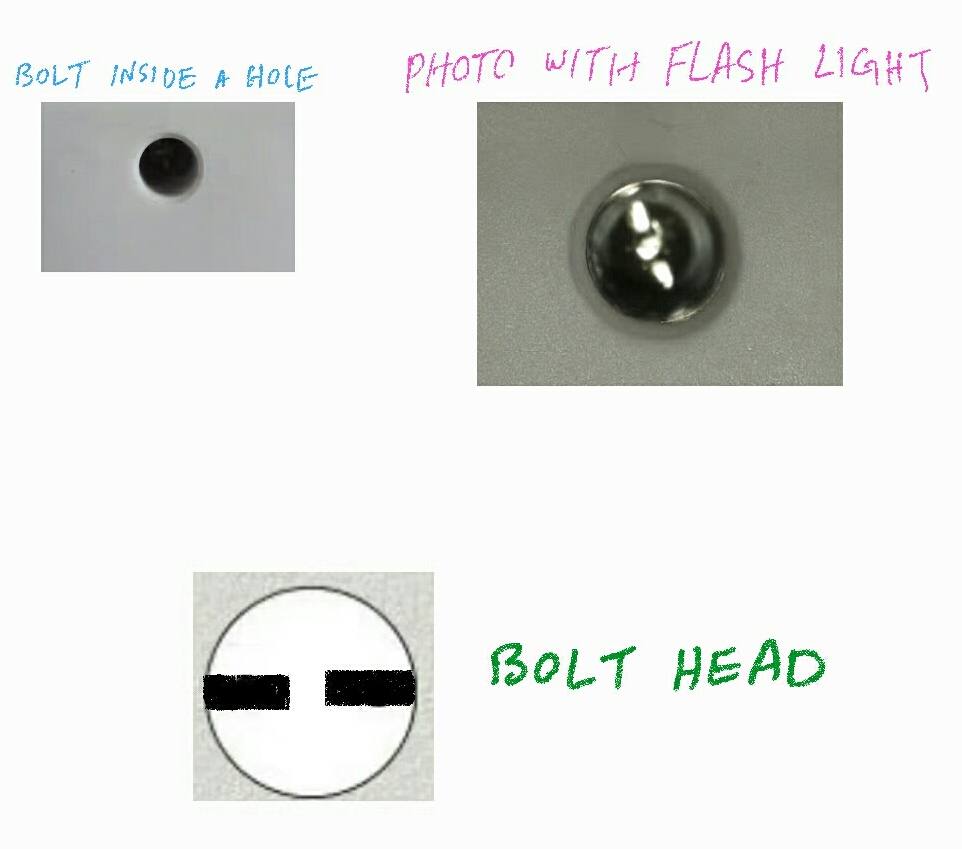 I don't know the bolt head type. Is there a trick to open it?

It looks like a spanner tamper-proof security bolt. Either buy a set of tamper-proof security bits, or modify a cheap standard slotted screwdriver with a dremel tool. Here is a cheap set: https://www.amazon.com/Performance-Tool-W8659-Security-32-Piece/dp/B002KS19PK/ A good chance that something in this set will work, but no guarantee.

It is a simple security slot headed screw.

A flat headed screw has part of the slot filled in to make it difficult for the average joe to undo.

Either purchase a set of security bits or take an old screwdriver and grind out the matching part on the screwdriver blade so it fits neatly.

I recently found out the local name for a head like that translates to slotted flat. The screwdriver fitting those heads is an H-screwdriver. Look like this: 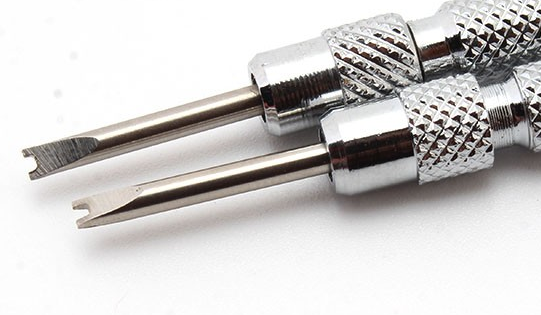 However, for the smaller screws (with heads up to 5-6mm), it's common to simply take an old flathead screwdriver and a hacksaw. Might take a couple of minutes, but they can be made yourself quite easily. The bigger the pin in the middle of the bolthead, the more work you have with the hacksaw. On the really big ones, pliers could work but I wouldn't recommend it.

I don't see those boltheads as often as I used to (say 10-15 years ago), I think manufacturers prefer Torx nowadays in places where I used to see slotted flats.

That is a style of head, known of as "notched spanner", most security bit sets will have bits to fit it. The bit is like a normal flatblade screwdriver but with a notch cut in the middle.

Unfortunately bits generally don't work on screws that are down holes, because the bit (or worse for deep holes or short bits, the combination of bit and bit holder) ends up with a diameter too large to fit down the hole. I have never seen a regular screwdriver for sale with this type of head.

I suspect buying a cheap flatblade screwdriver and modifying it is the way to go.

Not the answer you're looking for? Browse other questions tagged screws bolts screwdriver or ask your own question.

16
What is this kind of security bolt head called, and how can I remove it?

16
What is this kind of security bolt head called, and how can I remove it?
2
How can I securely fasten a carriage bolt?
8
What kind of bolt is this?
3
How to remove a bolt with a broken-off head
3
Help with strange type of bolt
7
What is the name of this Allen-head furniture fastener?
1
What type of screw/bolt has expandable wings behind the wall surface?
17
How can I get a bolt with no head out of my wall?
0
I need help identifying what type of screw head this is