How do I connect touch panel 3 gang switch? 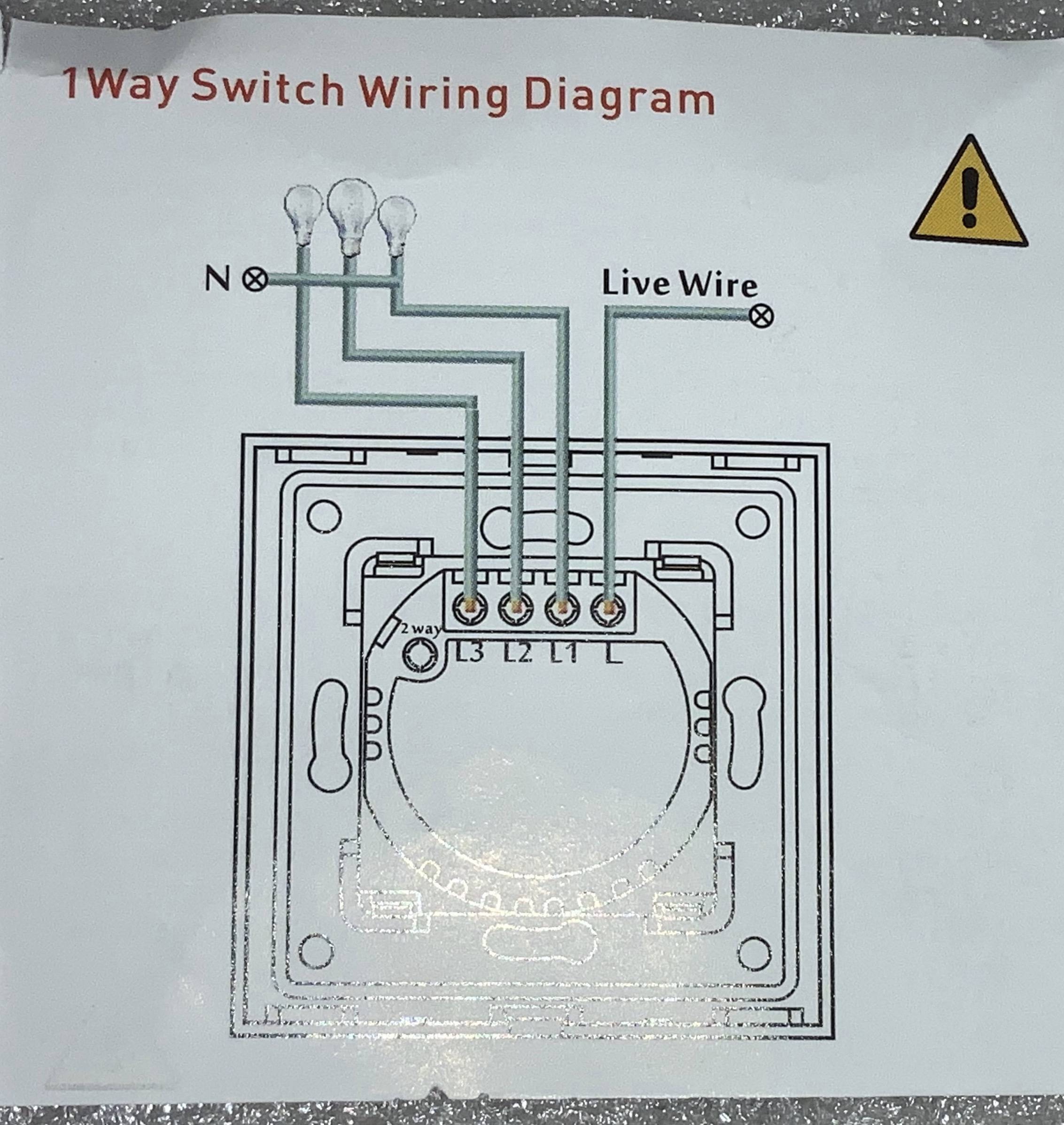 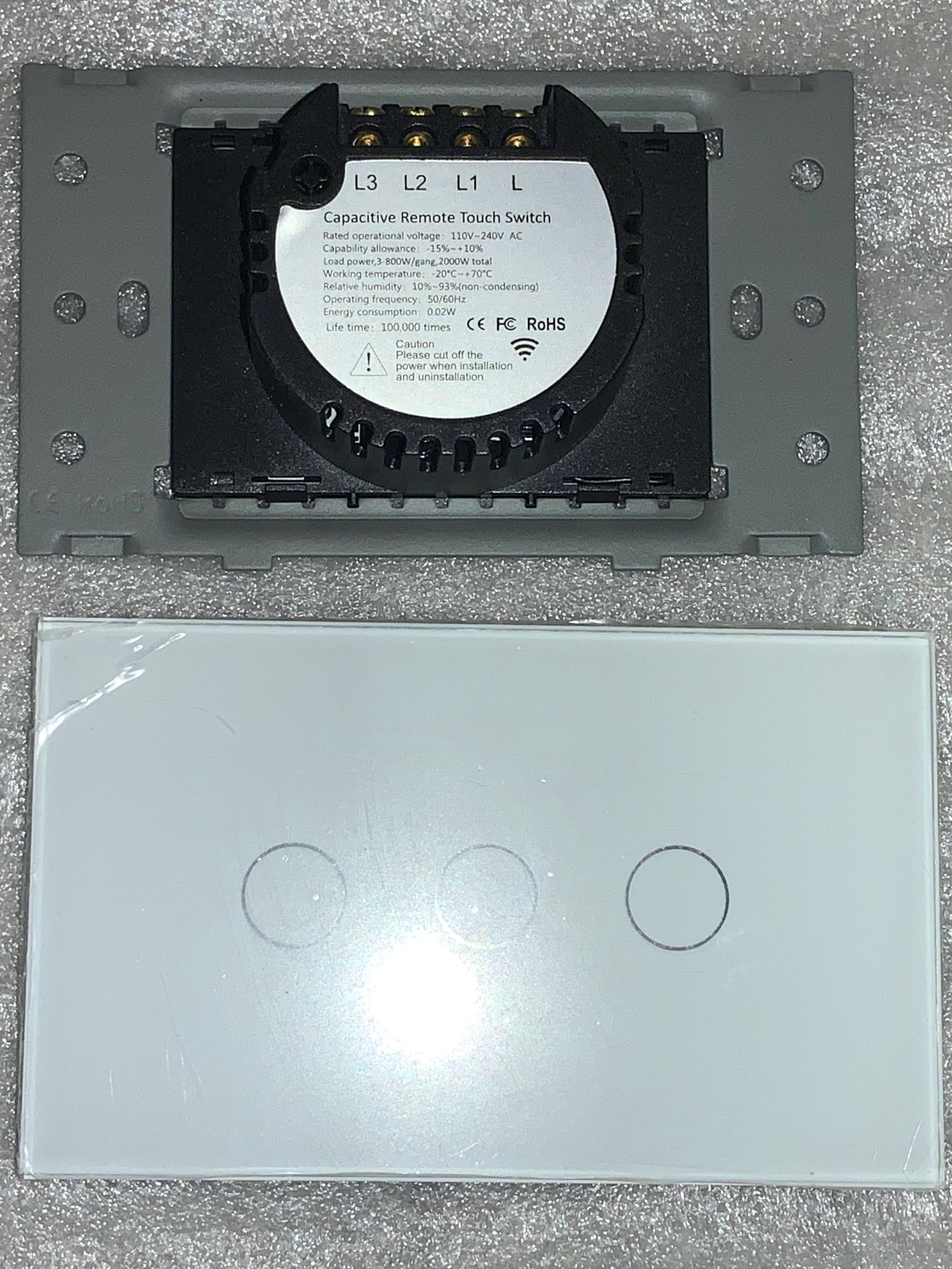 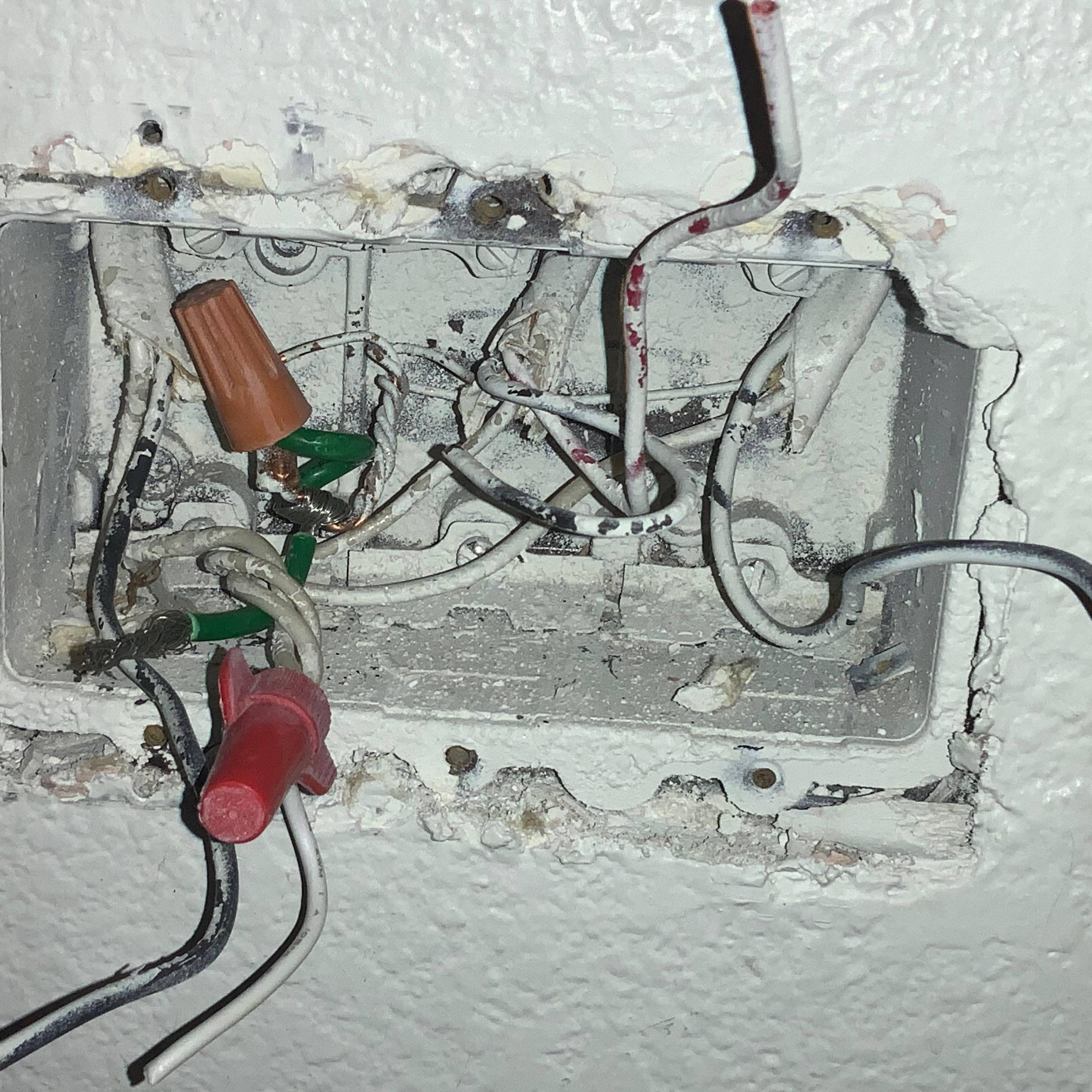 I’m confusing about line2 from wall has 4 wires instead of 3? Line 1 and Line3 has only 3 wires. Line 2 is not 3-ways switch. What I know is only 3-way switch has 4 wires. My question is how do I connect to smart touch panel switch? That switch is different than regular switch. It combines all the live wires and go into L. Neutral wires go into L1, L2 and L3. I don’t know what to do the red wire from Line 2. Please help me solve my issue.

Thank you all for suggestion. I decided not to use it. Is there any switch out there I can turn on and off by remote control or something? because that switch is behind something, it’s very hard to reach. That why I bought this item which I can use by remote control. 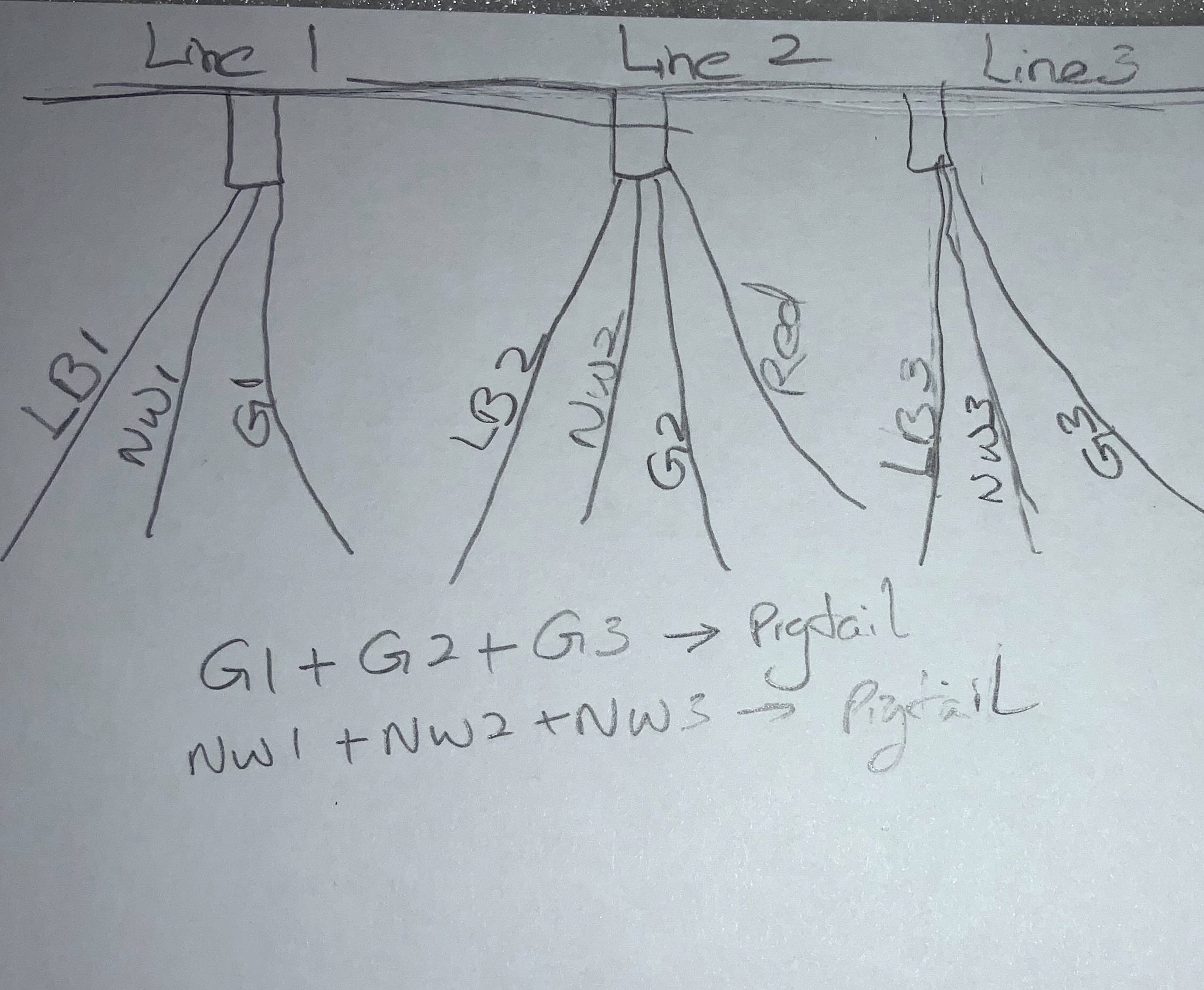 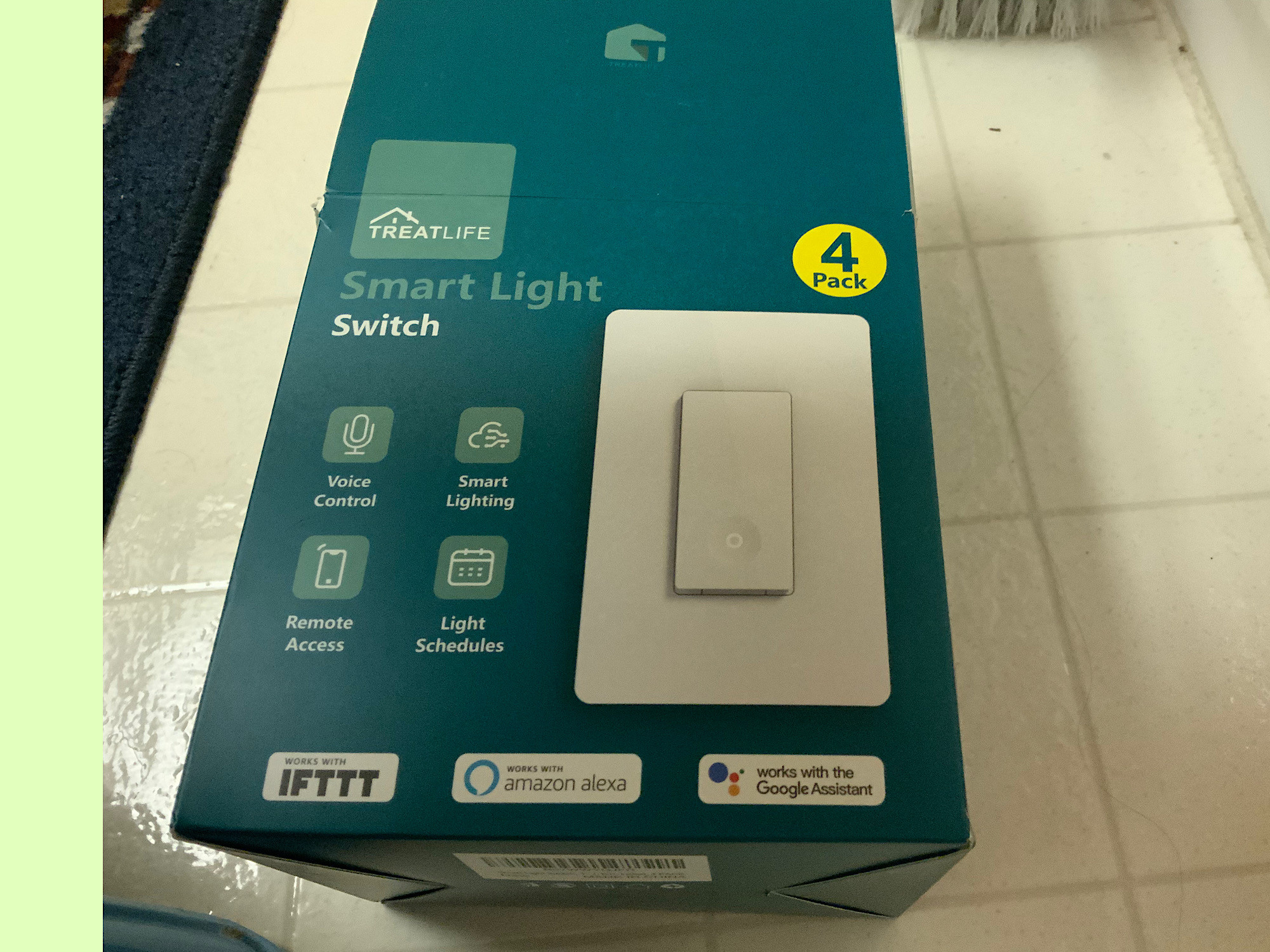 Be VERY Careful What You Install

With plugged in items, if there is a problem it is usually quite obvious and, very importantly, very easy to resolve quickly - just unplug it.

With hardwired items, including smart switches, timers, touch switches (like this one), motion sensors, etc., if there are problems they may manifest themselves by simply dying (annoying but no big deal) but occasionally a little more dramatically, like burning your house down or killing you.

You should always make sure that hardwired mains-voltage (120 or 240) items are appropriately UL Listed or similar. There are other labs that provide real-world useful certification. CE is not one of them - it is just a mark that anyone can print. Fortunately, actual fraudulent UL Listing marks are much more unusual, though it would be nice if there was an end-user easy & reliable way to double-check UL Listing - if there is, I don't know about it.

In addition, the Chinglish wording (I count 5 problems in a quick read) and a number of other design "features" point to this being a cheap and non-certified device that is very risky to install in your house. It is possible that the internals were designed by a good engineer and manufactured to acceptable tolerances. It is also possible that any or all of the following could be present:

and I could think of more things if I took the time. But just don't do it. If you ever have a problem, your insurance company will take one look at it and determine that it was not installed according to code and likely refuse to pay. You can't argue "but residential straight switch replacements by the homeowner are OK" because while in most areas that is OK, it is premised upon the materials and workmanship being up to code. In this case, the materials would definitely not be up to code.

You will need to verify this with a voltage tester but my guess is that LB2 is your hot, line, in and R is your switched hot to that light. So connect all grounds together and to the switch. Connect NW1, NW2 and NW3 together (they already appear to be connected). Connect BL2 to the L terminal on the switch. Then connect LB1, red & LB3 to L1, L2 & L3 on the switch, those are the loads for the switches.

OK. I followed site rules and just answered your question. Now there are safety concerns from three very smart individuals directed toward this switch. You would be very smart to listen to them.

If you decide to go back to three regular toggle switches, connect grounds together and pigtail them to the switches. Keep the NW1,2 & 3 connected together. Pigtail LB2, if it is indeed hot, to the three toggle switches to make them hot. Connect LB1, red & LB3 to the remaining terminals on the switches.

1
How do change the wall switch for my ceiling fan from a variable fan/light combination to a single on/off switch?
2
How do I install an insteon light switch where wire colors don't match?
2
Wiring a remote control switch?
2
Determine if wire in switch box is safe to re-purpose?
1
How should I connect my new motion-detecting light switch?
1
Smart switch wiring
2
Left switch on gang light pair not getting power
0
Changing a 3 gang Australian switch loop light switch to a Smart switch with no neutral?
1
Installing a wireless remote switch for a ceiling fan in an existing single gang box