I've got a "portable AC unit" which is a free-standing unit, not a permanent installation like a high wall split system.

They require to be vented to the outside world, otherwise they simply don't work. I intend to use this to cool down my garage/workshop which has no normal windows.

What is the best way to vent this AC unit? 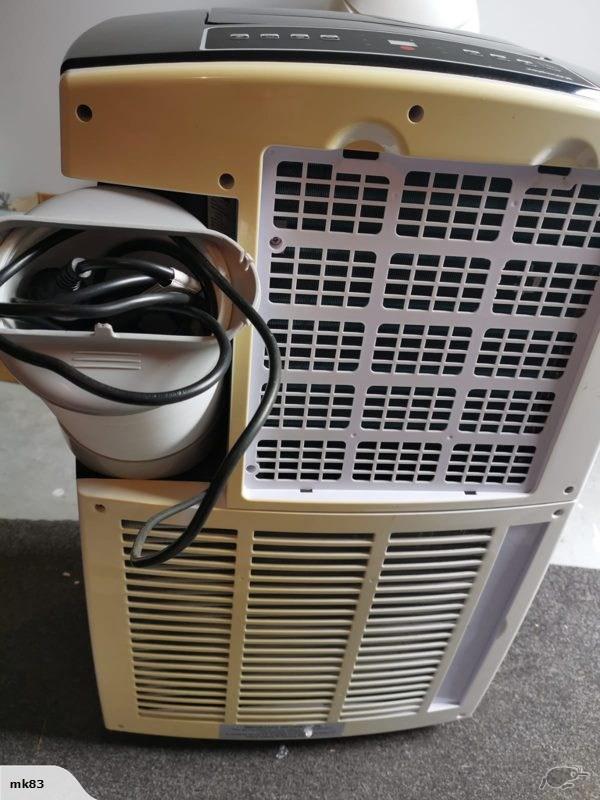 Update - my temporary install has been a 6" hose straight up through a manhole in the ceiling.

I've used some old suspended ceiling tiles to block the manhole other than a 6" hole for the hose. This admittedly rough solution knocks ~5 degrees off the room temperature, but sadly does vent straight into the roof space.

For the condensate hose, I drilled a 6.5mm hole through the plastic and brought it out the side into a spare 1.5L PET bottle. So far there has been zero water in the catch bottle.

The next plan is to get more hose and join the ceiling panel to an existing soffit vent - I temporarily reallocated the ceiling vent from a laundry, which we never used.

Was it worth doing? Had I paid full price for this thing, definitely not. But it was quite cheap at $74 NZ so it seems adequate to cap the temperatures.

This would have been so much easier if the target room had a window.

Not the answer you're looking for? Browse other questions tagged air-conditioning hose portable-ac or ask your own question.