I want to replace some power outlets in my condo with ones that have built-in USB ports. The condo was built in 2008.

My thinking is I can simply turn off the breaker for those outlets and get to work. But then I thought... what if those outlets are mis-wired? Should I use an outlet tester?

What is the best way to be safe when replacing power outlets?

We have a FAQ for novices doing receptacles.

There are many tricks and traps when changing receptacles. I wrote a Q&A specifically for folks like you, please review it.

The #1 thing I'd say that isn't mentioned there is don't downgrade an outlet from GFCI to USB (unless it's redundant).

Speaking of testing, those 3-lamp testers have 3 Rather Useful lights which let you do three tests at once. (Obviously, if any lights light, the outlet is most likely hot; but that is not enough.) But the little chart/legend is completely wrong; it's about as useful as a "magic 8-ball". It's actually optimized for new construction; once built, houses have different kinds of problems.

As far as safety, once you're opening things up, turn the entire house off and check it by plugging a lamp into both outlets. There are so many surprises and gotchas for the novice (MWBC, borrowed neutrals, you name it) that it's not worth fooling around any other way. It's what I do myself in our factory building; I pull the main 480V which shuts off all the 120/240V transformers. 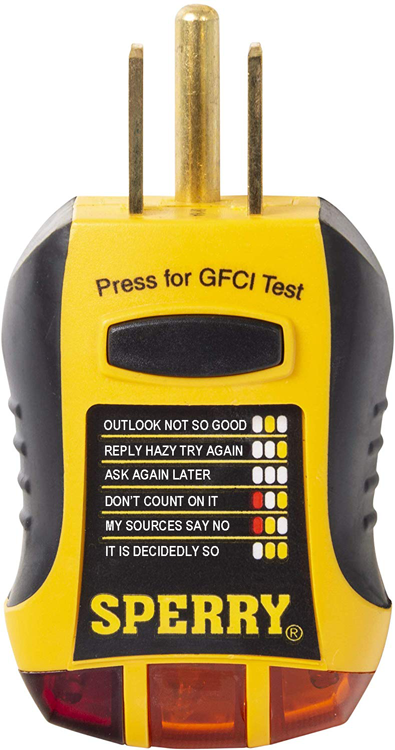 An outlet tester is a great way to determine that an outlet is wired correctly. They are also useful to show that the correct breaker has been tripped before you start working. Take pictures before you disconnect anything so you'll have accurate information in case you have to come back here and ask questions. Follow the directions that will be included with the outlets. Also, make sure none of the outlets are switched as that could interrupt your charging.

You are correct in thinking to turn the breaker off.

Since your place was built in 08 it will be wired to code. The new receptacles will usually have 3 different colored screws. Brass color is hot normally the black wire Silver color is neutral normally the white wire And last a green screw the equipment grounding is normally a bare copper Since you are in a condo the colors may be slightly different the hot Brass screw could connect to any color other than white, gray or green. The neutral silver screw may be white or gray only. And the equipment grounding green screw will be green or bare copper.

Your outlet may say hot , neut next to the screws i don’t remember seeing any UL approved receptacles that don’t have the colored screws.

Last don’t use the back stabs wrap the wire 2/3 to 3/4 wrap around the screw and torque to the MFG specifications. (Back stabs have a high failure rate).

Not the answer you're looking for? Browse other questions tagged electrical wiring receptacle safety or ask your own question.

29
Electric shock - was I stupid, unlucky, or a combination of both?
20
First time changing switches and outlets (receptacles). Anything special I should know?

2
Wiring electrical outlets from a single outlet
2
Duplex Outlet-Open ground only on top
1
Good power, good outlet, dead outlet
0
Two circuit breaker switches controlling the same outlet, and a question about removing outlet tabs
1
Outlet with power won't supply power to anything plugged in
0
Outlet Change with 4 Hot Wires
0
Power options for inside cabinet drawer outlet
0
Can removing one outlet in a room affect the power in the whole room?