What are the steps to raising an interior wall header?

First of all, thanks to Dale Cox. I copied and modified his diagrams on https://www.do-it-yourself-help.com/. 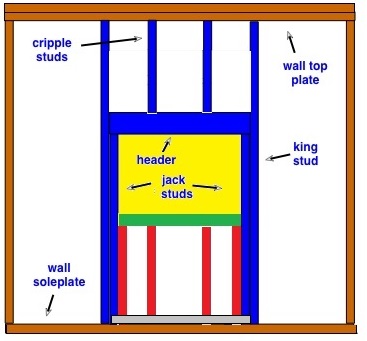 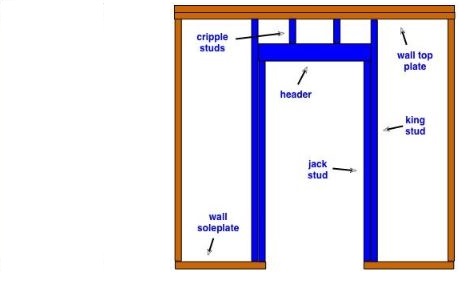 1st diagram shows partial section of wall between my kitchen and dining room. There is a serving window where yellow section is.

Next thing I need to do is raise the height of header. To do that, I will have to cut top cripples halfway (depends on measurements) and replace existing jack studs with longer jack studs to support header.

Distance between left side king stud and right side king stud is around 3 feet 6 inches. I am in 2nd storey condominium, I asked few contractors about whether it is load bearing wall or not. They said that it is partially load bearing, I should be good as long as I only create door opening of same width as serving window and not remove any king studs.

Here are my questions. It may sound stupid questions but I am new to this and need some expert advice.

First things first. That header is there for a reason. Simply cutting it out could result in crunchy sounds at best, and significant sag at worst (which is difficult to reverse). I'd consider a temporary wall along it to carry the joists above. Use towels as padding to prevent damage. Cut the studs a bit long and drive them in to create lift.

What is the first thing I should be cutting/removing to release header?

Since you've eased the load on the header, it doesn't much matter. If you're discarding the header, cut through it to allow it to drop out, and start cutting nails where you can access them. They're likely along the top of the header and at the ends.

What tool should I use to make sure all cripple studs are cut in level and straight?

Use a carpenter's square to mark them. Mark the outer ones first, then use a straightedge between to mark the inner ones. For best accuracy, mark at least two faces.

Use a circular saw to cut them, or a reciprocating or hand saw. Be sure to keep the saw table tight against the stud so your cut is square. They'll be flopping around, so you might lay a horizontal board across them all and run screws in to stabilize. You could also just pull them out, cut new ones, and toenail them to the top plate. 3" gold screws instead of nails can make this type of work less frustrating.

After I cut cripple studs and remove existing jack studs, what should I do next?

When should i cut my sole plate?

Doesn't much matter. Mark 1-1/2" from the king stud with a scrap block and cut it, or cut it flush later.

Where can I get studs to match the legacy size of the existing ones?

I'm surprised that a stud from the 90s is undersized (it may have just shrunk a bit), but you can just run them through a table saw, pass a hand planer over them, or ignore the issue altogether. 1/16" on each face isn't much of a problem.

Not the answer you're looking for? Browse other questions tagged walls framing studs or ask your own question.