How can I fix this leaky roof over a covered open air porch?

There is a small deck above this covered porch. The first picture shows right below that deck where there is small shingled roof. Below this roof is a covered but open to the air porch. When the snow melts from the deck water drips down and freezes on the siding as shown circled in red.

Once everything melted I noticed big bubbles in the paint from the wood siding shown in the second picture. Clearly I have a water problem. Can I fix this the right way in the middle of winter? If not any good mitigation ideas while I wait for spring? 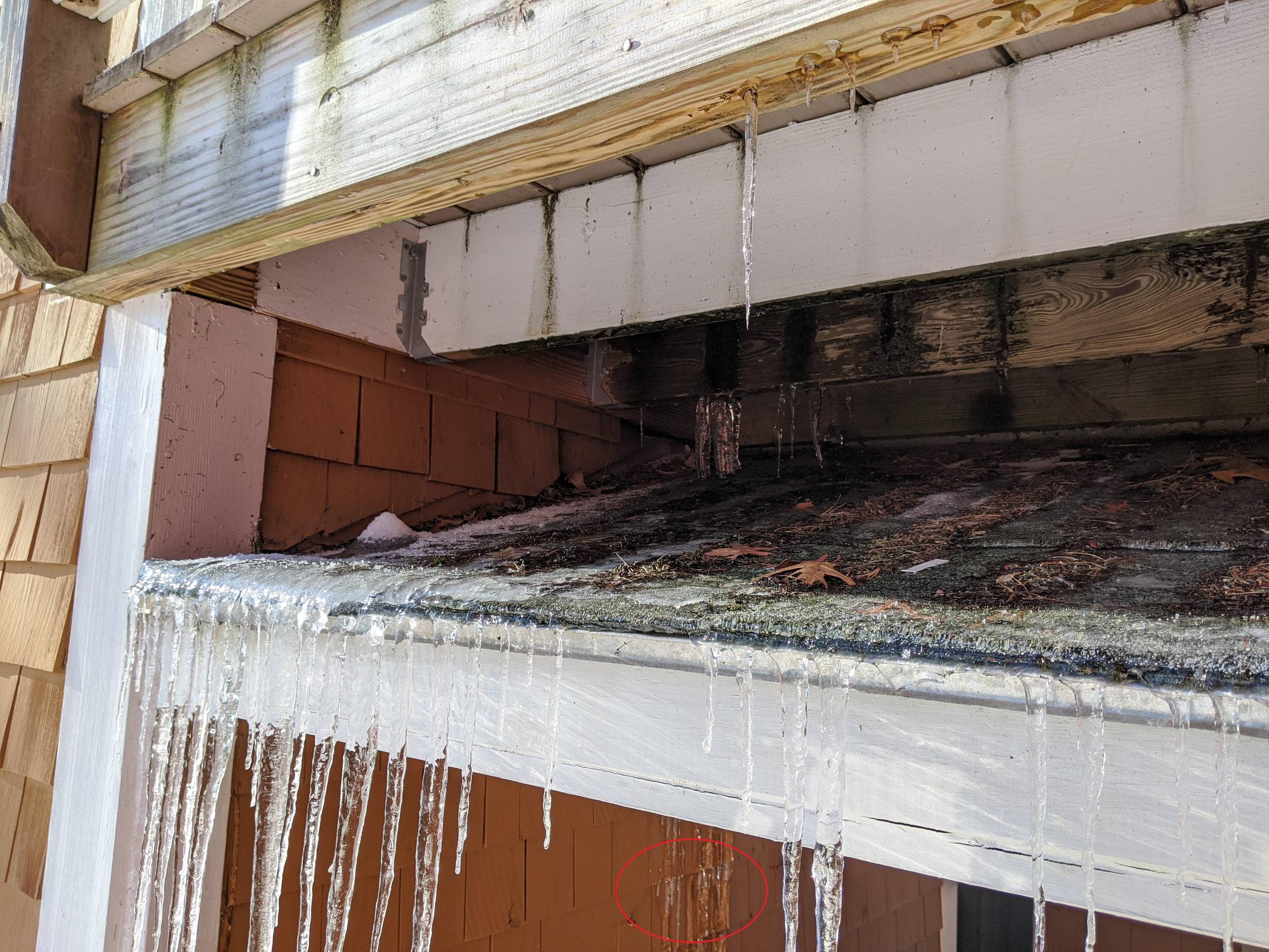 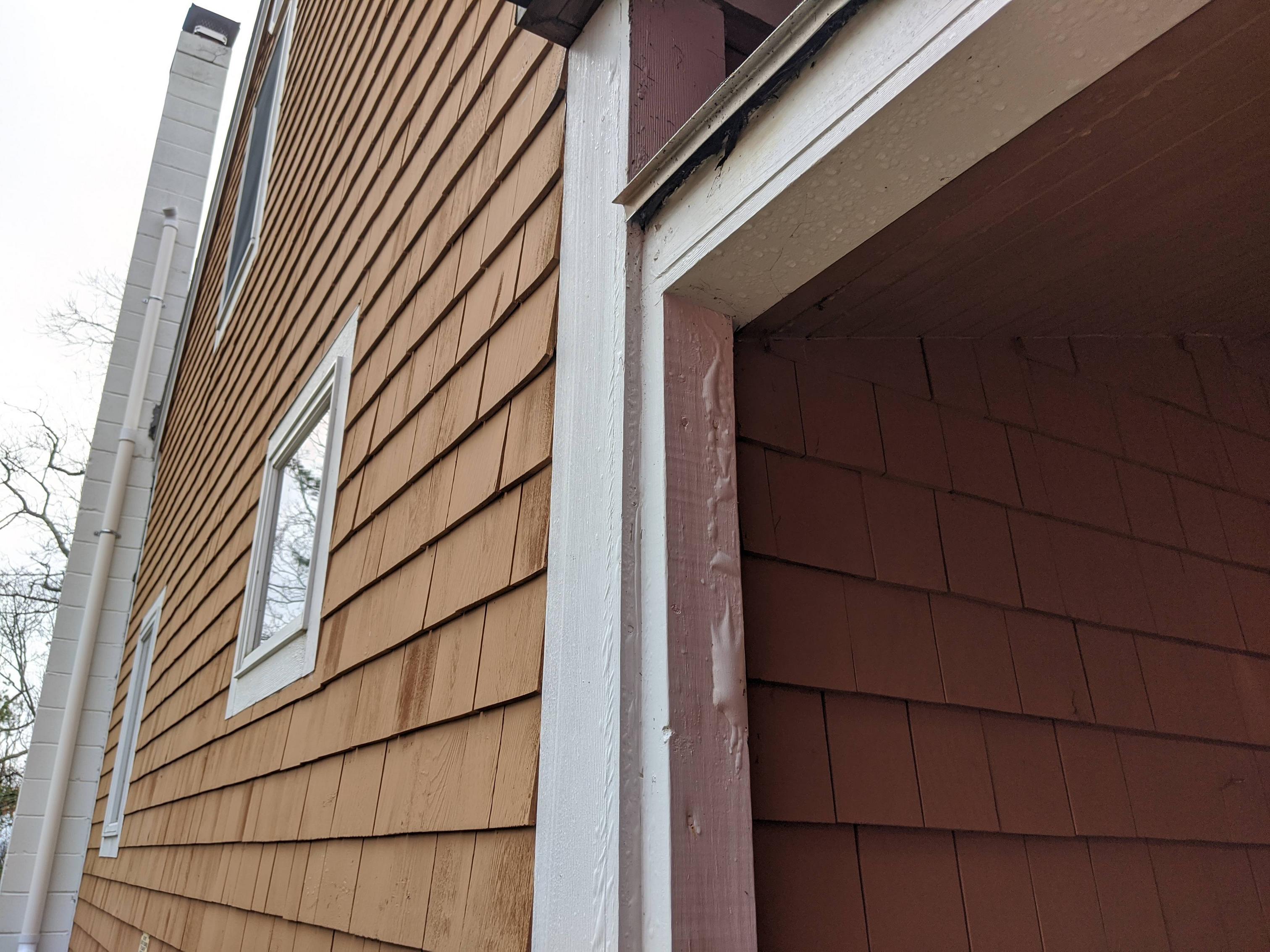 That little shingled roof under the deck would be a really bad idea, because replacing the shingles will be next to impossible. So it smacks of an after-though project and I'd venture to say that they didn't properly flash that roof to the siding, meaning the flashing needed to go UNDER the siding. Fixing it properly now could be really expensive because it may require removing the deck to get at the upper corners. What they likely did was just run a bead of caulking along the roof-to-siding seam, and that didn't last long. What you can probably do now if you don't want to tear anything out is to preemptively remove and replace that caulking every once in a while, maybe based on how long it had been working for you until now. Use a butyl caulk, they last longer in applications like this.

Not the answer you're looking for? Browse other questions tagged roof waterproofing water-damage ice or ask your own question.

12
How do I handle significant snow and ice dams on a 4/12 gable roof with ridge vents?
6
How do I find the source of the water leaking through the ceiling?
6
What do I do with a leaky roof in the middle of January?
1
Mould on the inside of a bitumen corrugated sheet
0
How to plug hole in foundation?
2
Looking to protect OSB through the winter
0
When does glass wool need protection from damp?
1
How can I prevent this ice build up on my driveway/walkway?