What is this layer of material in the kitchen floor?

I have decided to replace the linoleum flooring in my kitchen with a layer of LVT Underlayment, and then Vinyl plank flooring. There were sections of the original floor that were not covered by the linoleum (underneath some, but not all counters) and so I began removing the existing linoleum.

The layers of linoleum peel up easily enough, as it is still flexible enough to score with a blade, and roll it as I peel, however this leaves a white fiber-ish layer. That layer is glued down to what I originally assumed was the subfloor which I thought was plywood but one area of it began to scrape away quite easily as I was attempting to remove the glue. From other questions asked, I think it may be rosin paper, but it seems to be fairly thick and links to rosin paper do not seem to match that quality.

After I removed the dishwasher, I discovered a small area of what looks to be OSB, and so I am now unsure, what exactly this layer that the linoleum is glued to would be.

If the 4th layer (linoleum, white fiber / glue, brown unknown layer - maybe rosin paper?, OSB?) is in fact the true subfloor, would the best idea be to remove everything down to that, and glue the Vinyl Underlayment directly to that surface, before installing the free-floating vinyl planks? 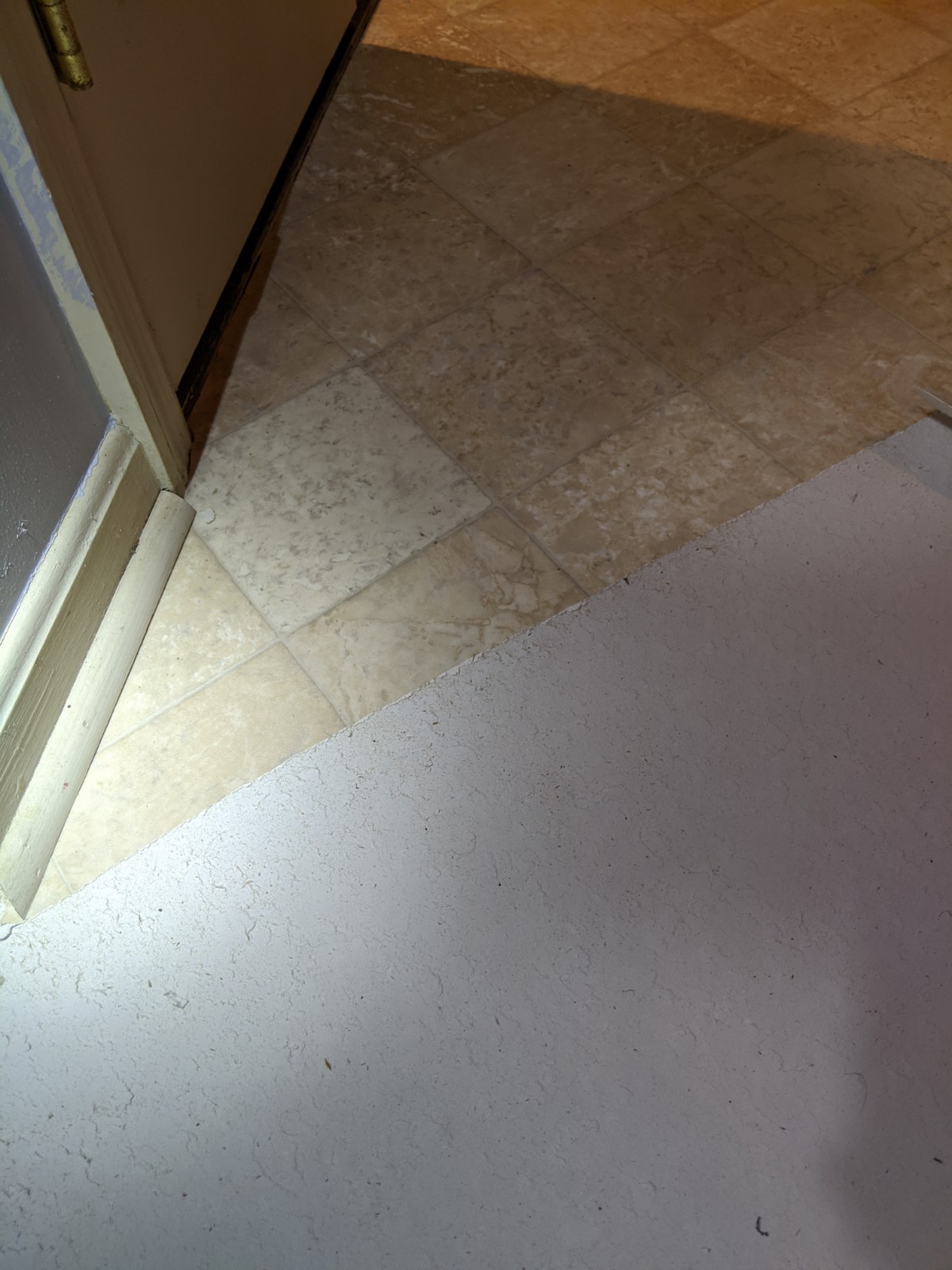 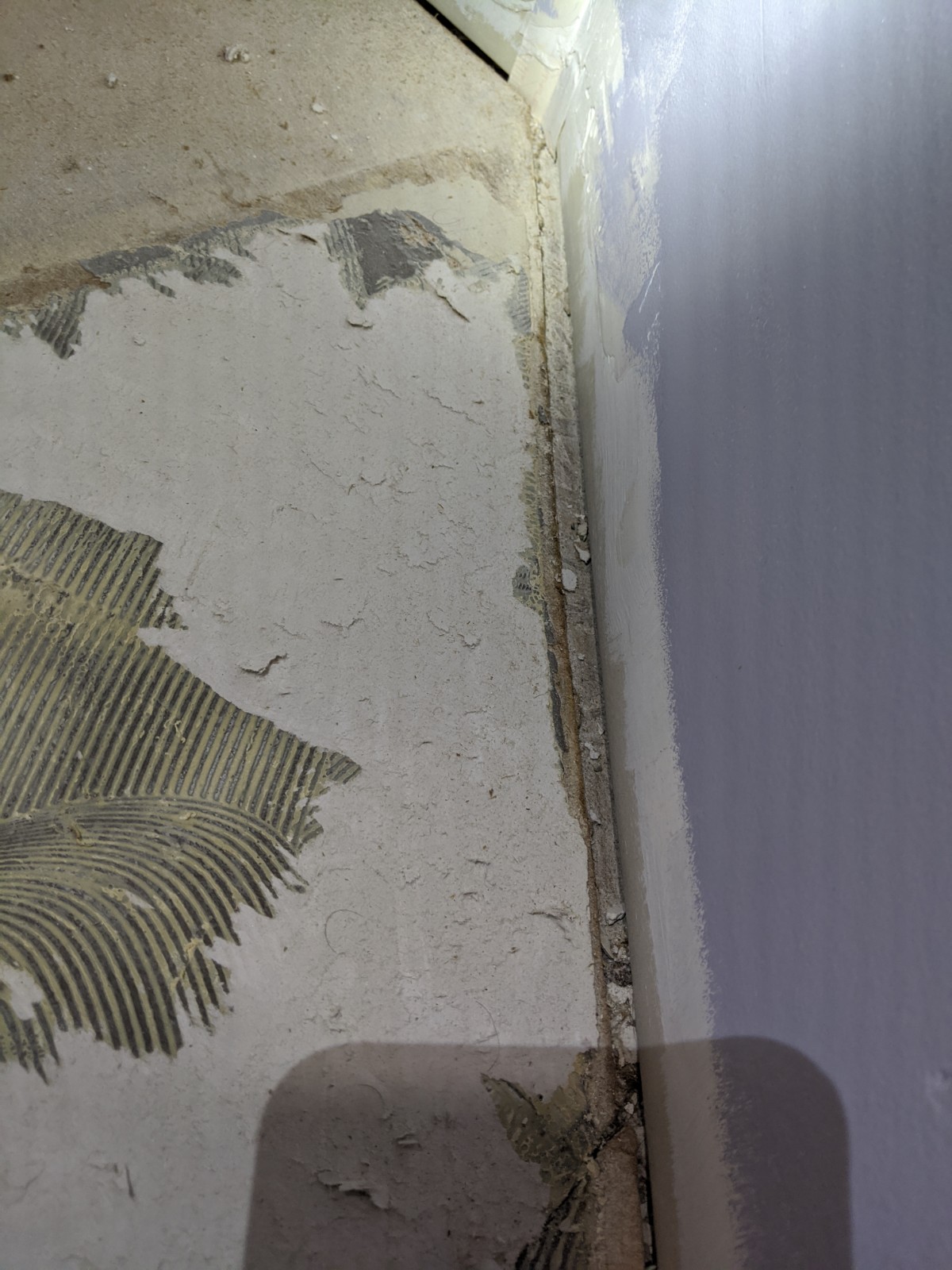 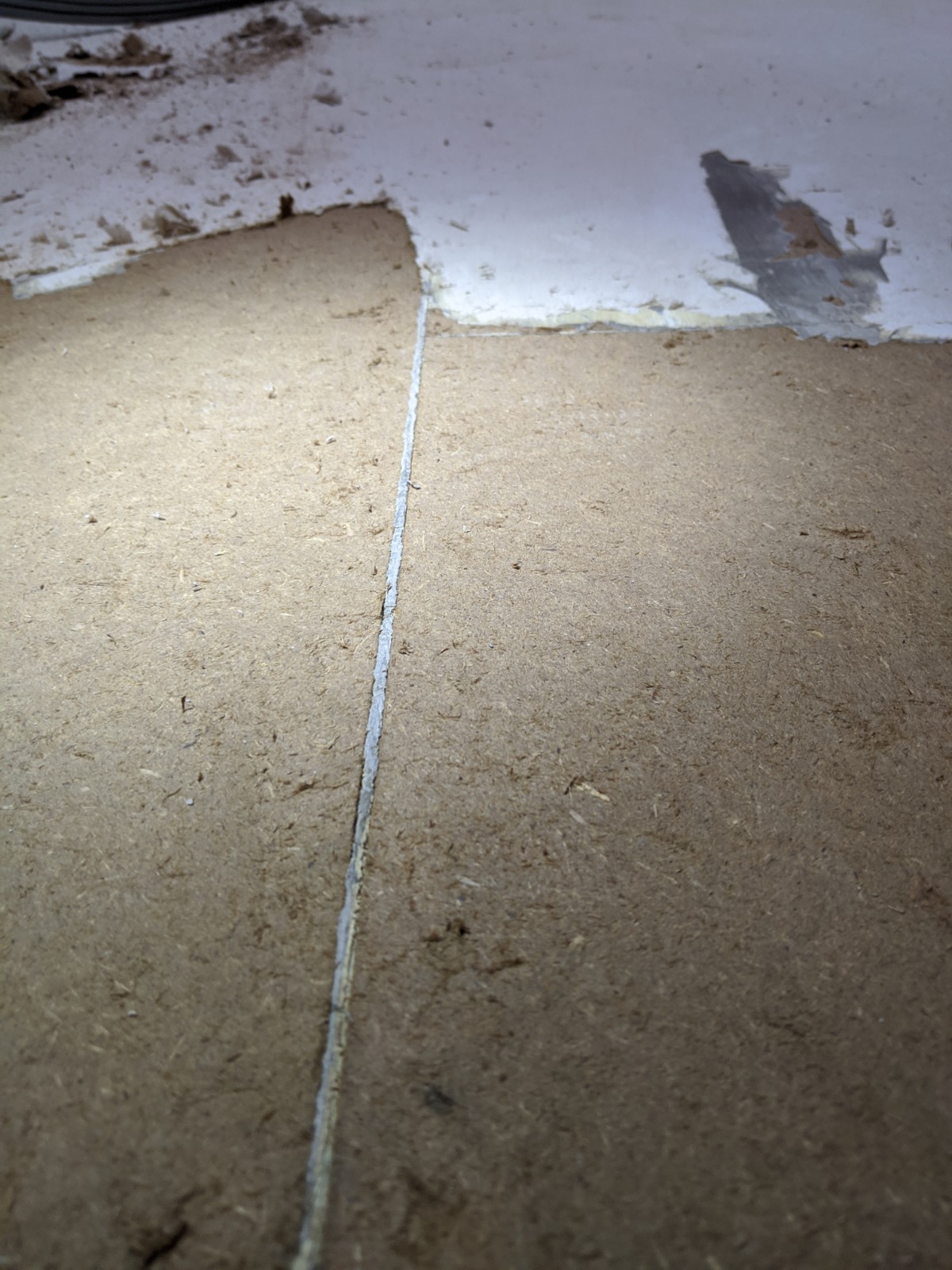 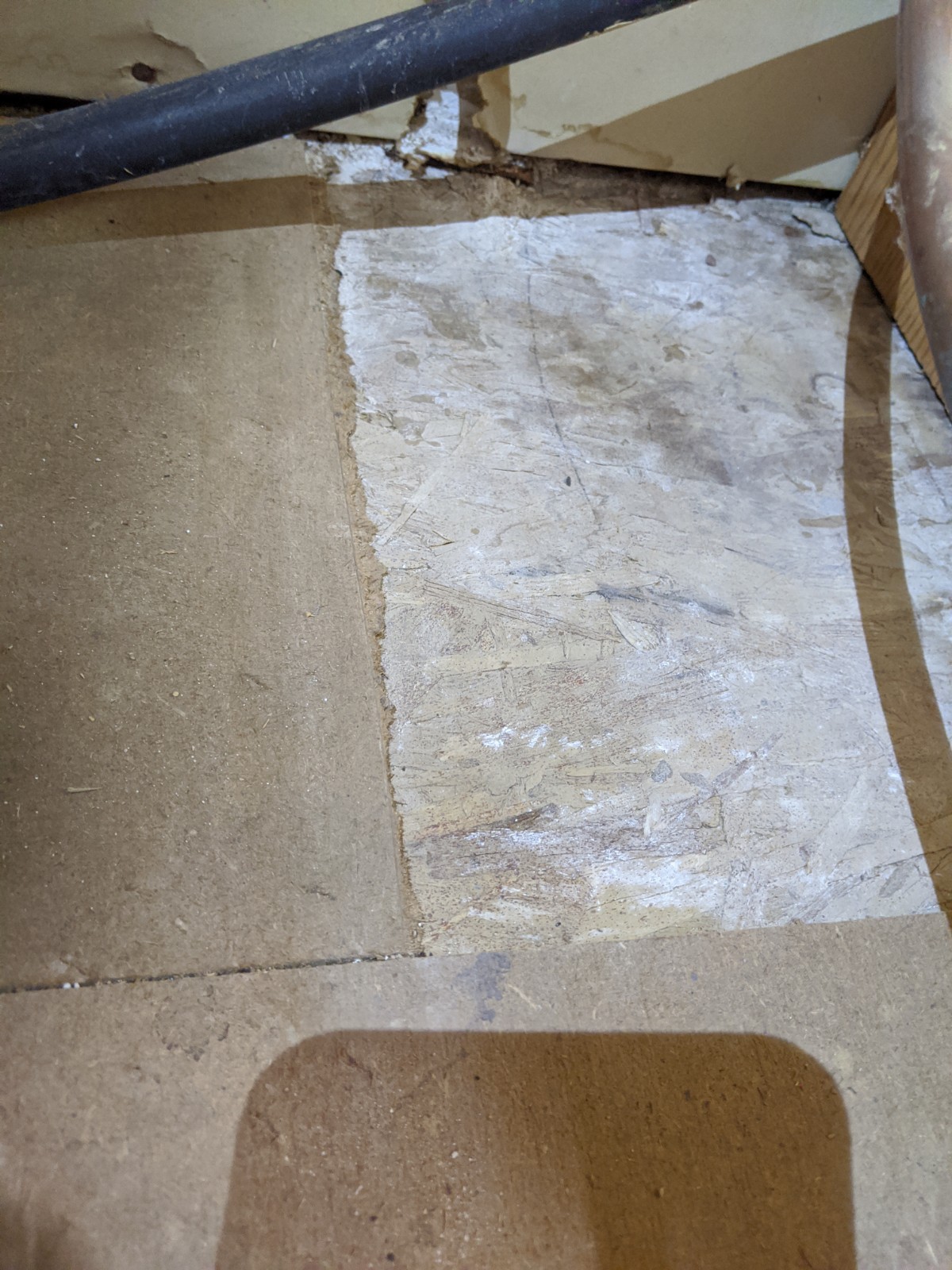 Looks like hardboard, often used as underlayment. Likely 1/8" thick. If so, you can remove or go over if in decent shape. Follow directions for additional underlayment for product you're installing either way.

Not the answer you're looking for? Browse other questions tagged flooring kitchens subfloor or ask your own question.

1
What kind of underlayment material is this?

2
Should I peel off the top layer of vinyl in preparation for tiling?
2
Trouble removing vinyl tile and underlayment from wood flooring
2
Replacing linoleum flooring in old house with tile, do I need to remove the papery layer?
1
Proper way to install subfloor in kitchen
2
What is this subfloor, and do I need a wood underlayment for hardwood
1
How can I remove / replace this OSB floor?
1
Engineered hardwood over uneven basement subfloor?
1
What kind of underlayment material is this?