Why are adjacent breakers for unrelated circuits ganged?

I'm looking at electric panels in some newer residences and seeing something confusing: Circuit breakers that are adjacent to each other, but that cover unrelated circuits, are ganged, as shown below. By "unrelated circuits" I mean circuits that have no reason to trip or switch together. For example, "Master Bed Lights" and "Living Room Outlets" are adjacent and ganged. So are "Bath GFCIs" and "Office Outlets." (And then there are a few adjacent breakers that are not ganged.)

Is there some code or other reason for ganging unrelated breakers like this? 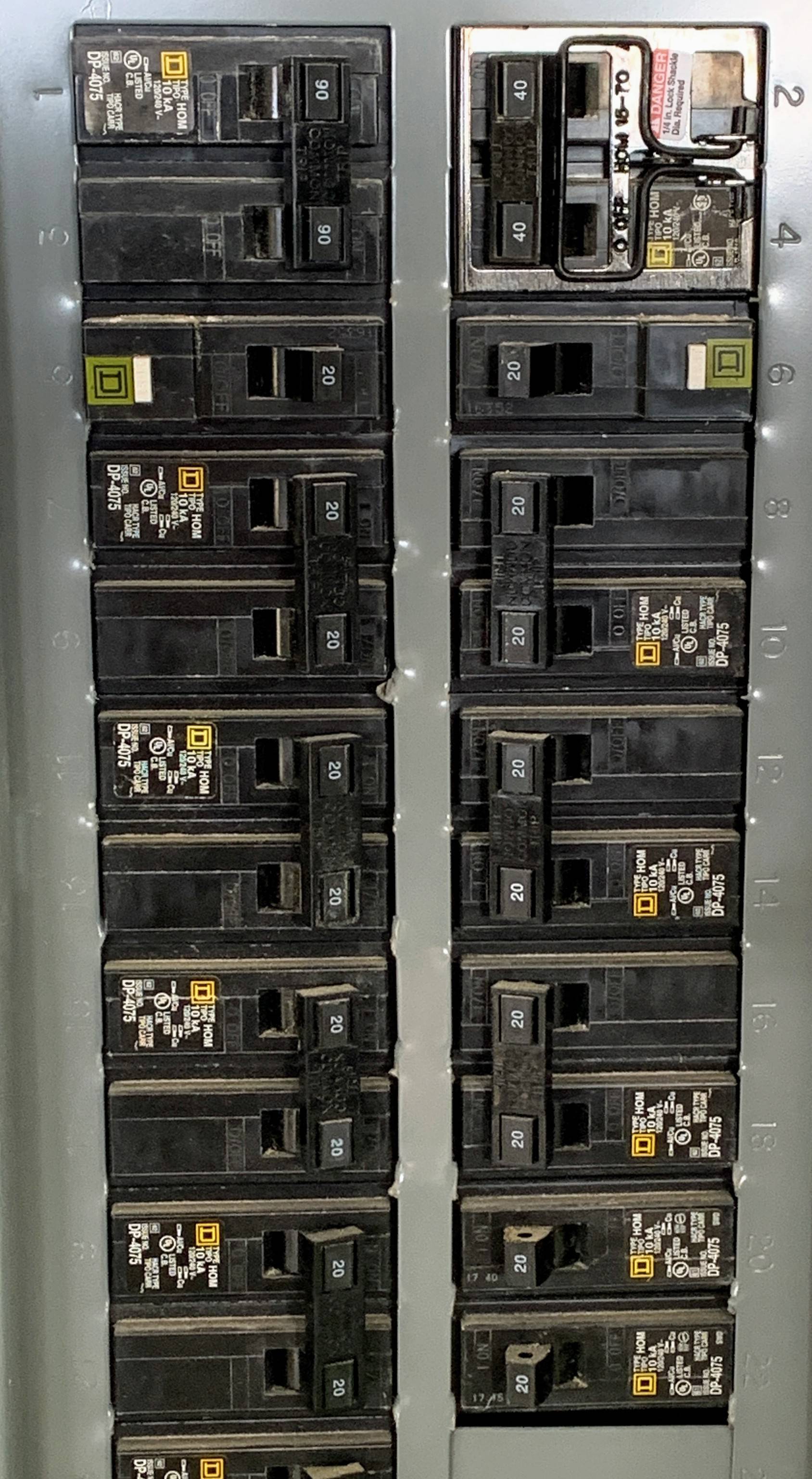 They are Multi-Wire Branch Circuits

This is a wiring strategy that depends on North America's system of having "neutral in the middle" of 240V, giving two legs of 120V.

A circuit can be wired so that it brings out both legs, giving a single circuit which is effectively two 120V circuits which share a neutral and ground.

This provides a savings in wire, at the cost of complicating use of GFCI and AFCI devices.

This makes even more sense when the outlets are far from the panel, both for the savings and because MWBCs have less voltage drop than single circuits. It appears this builder also gave you a wire size bump above the mandatory #14/15A... allowing 20A breakers; single 12/3 was cheaper than dual 14/2. And more useful, nuisance trips notwithstanding.

Since it is in fact one circuit, it needs one maintenance shutoff. Otherwise, a person might plug a radio into one half of the circuit, flip off breakers until the radio goes silent, declare the circuit "cold", and then go get nailed by the other half of the circuit. For this same reason, 2 independent circuits need to be handle-tied when they service the same receptacle. Who checks both sockets??

What it does not need is common trip. Note that these are actual, proper 2-pole breakers; those have internal mechanisms which guarantee common-trip, which is appropriate for dryers and ranges. On a MWBC, it's perfectly acceptable to use two independent breakers and a factory Handle-tie (not a nail). Handle-ties do not guarantee common trip, but realistically, it will probably happen. So don't waste money switching.

If you do any work with MWBCs, you need to follow some special rules, such as pigtailing neutrals instead of using a receptacle as a splice block.

It shouldn't be an inconvenience

Because you shouldn't be tripping breakers much. If you are, then the root problem is a lack of a sense of how much load a circuit can support. Review the labeling of each appliance to see how much it draws in amps. And know which outlets are on which circuits. (I'll grant you, distinguishing half-circuits can be a challenge when dealing with MWBCs).

J.. suggested this might be a case of "builder just had a few extra 2-poles lying around". I consider that highly unlikely. I suspect they're all MWBC for the same reason, e.g. distance. However, if you're comfortable groping around in a live panel, we can test that. And we'll ignore grounds, which are green, yellow-green or bare.

Pick a double breaker. Follow the two hot wires back to where they enter the panel. If they enter one cable containing one neutral, it's MWBC. If they enter one single conduit pipe, see if every hot has its own neutral - they should be paired with tape or sleeving. You can only exclude it from being MWBC if you can confirm both hots have their own separate partner neutral.

Now that you have two hot-neutral pairs you think are singletons, one more test. Look at circuits 5 and 6 - those are GFCI or possibly AFCI breakers. They have zero tolerance of misconfigured neutrals. So put one of your singletons on them (either pull the original load off, or just put both there temporarily). Put loads on both of your "supposedly separate" circuits. If the GFCI/AFCI holds, you're good.

Not the answer you're looking for? Browse other questions tagged electrical-panel circuit-breaker usa or ask your own question.

27
What is a tandem breaker (aka duplex, cheater, twin, double-stuff, etc.)?

5
Different circuit breakers keep tripping, some not re-setting
1
Why aren't GFCI and AFCI breakers combined or used together?
2
Upgrading 2 breakers to AFCI, always trips
4
MWBC (Multi-Wire-Branched-Circuit) w/out joined breakers, how best to fix?
1
Breakers for living room was working, but has stopped after I turned breaker on/off
1
How many amps can 240v handle-tied breakers provide?
6
breaker trips every 2 to 8 days (4 companies failed to fix this)
-1
Power goes out intermittently but no tripped breakers or GFCI
2
2 AFCI Breakers Tripping - One instantly and the other after a few minutes