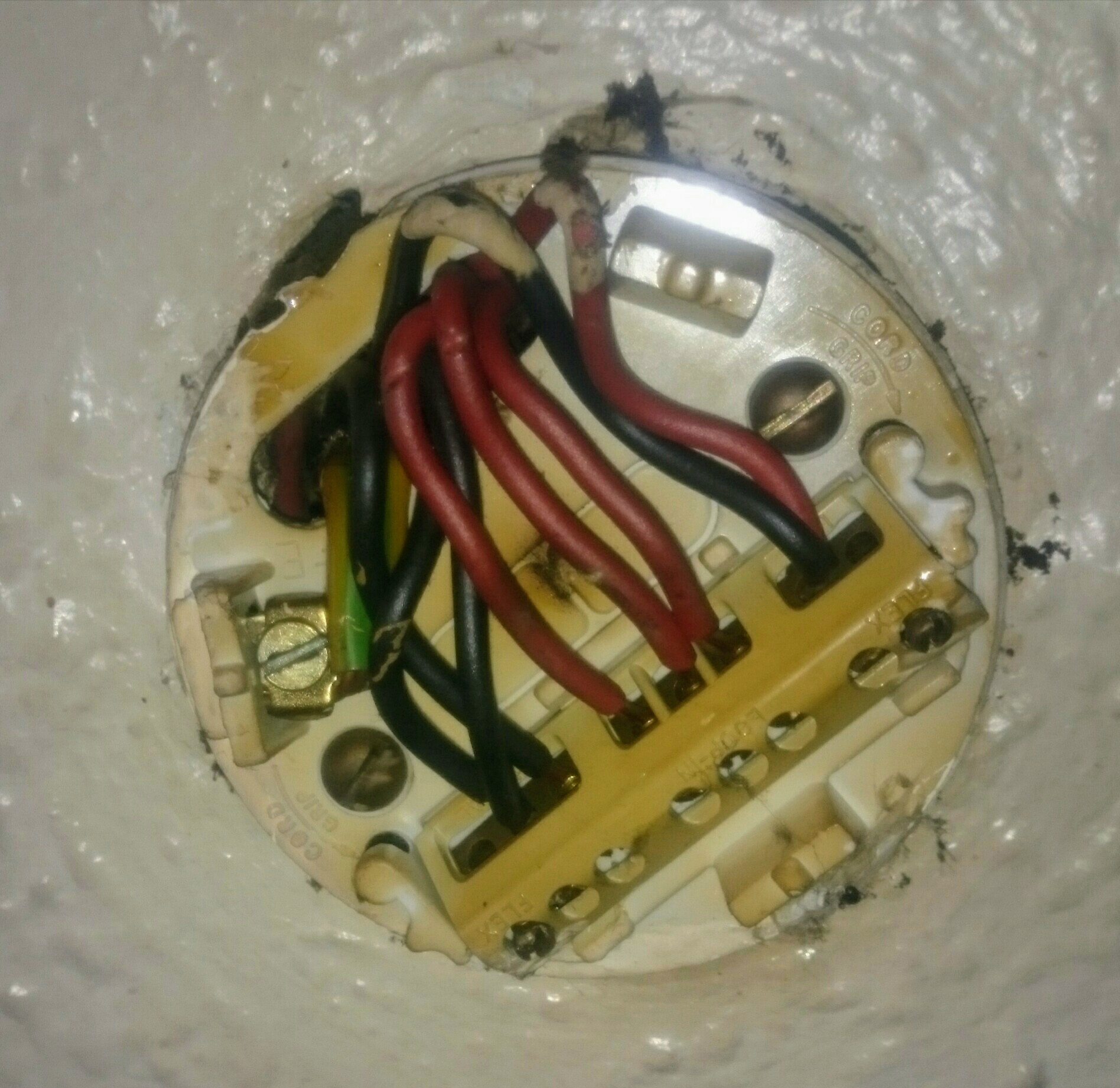 I was changing my light fittings as they were old and yellow. My living room has 2 lights on the ceiling at opposite ends Controlled by a single on off switch. The first fitting was normal, red/live black/neutral and earth. When I took the cover off the second fitting I saw what is in the attached picture. Because it seemed strange (a red and black with tippex, together) I took a photo so I could put it back the same way. Trouble is when I pulled the old fixture off and pulled the wires through the white tippex flaked off and now I don't know which red and black to put together. I thought I could see a tiny bit of tippex on a red and black so I wired it up and switched it on. It tripped the fuse and killed the lightswitch. So I removed the fitting and let each wire hang without touching each other, no lights in the flat would switch on that way. Now I have no lights at all. 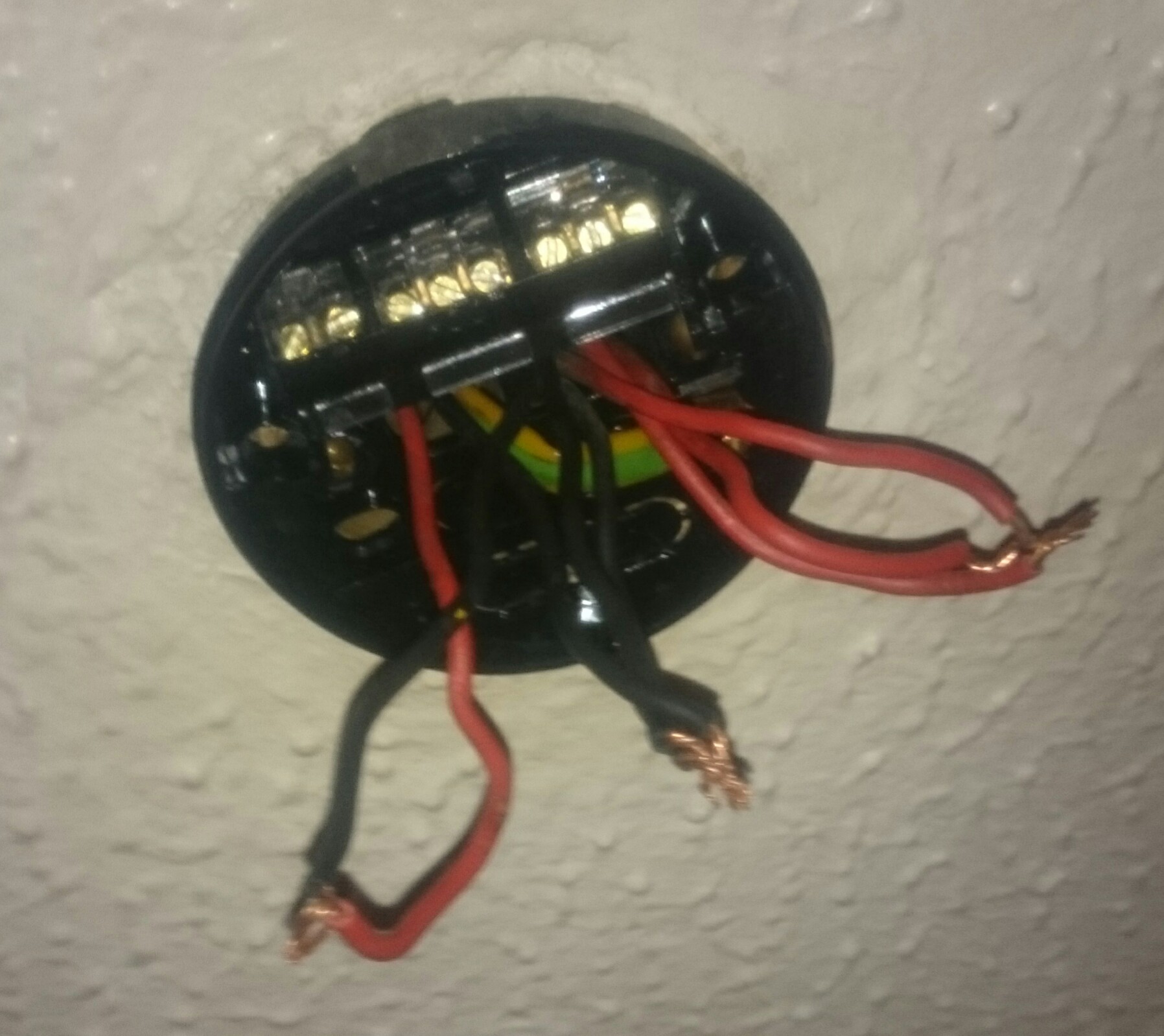 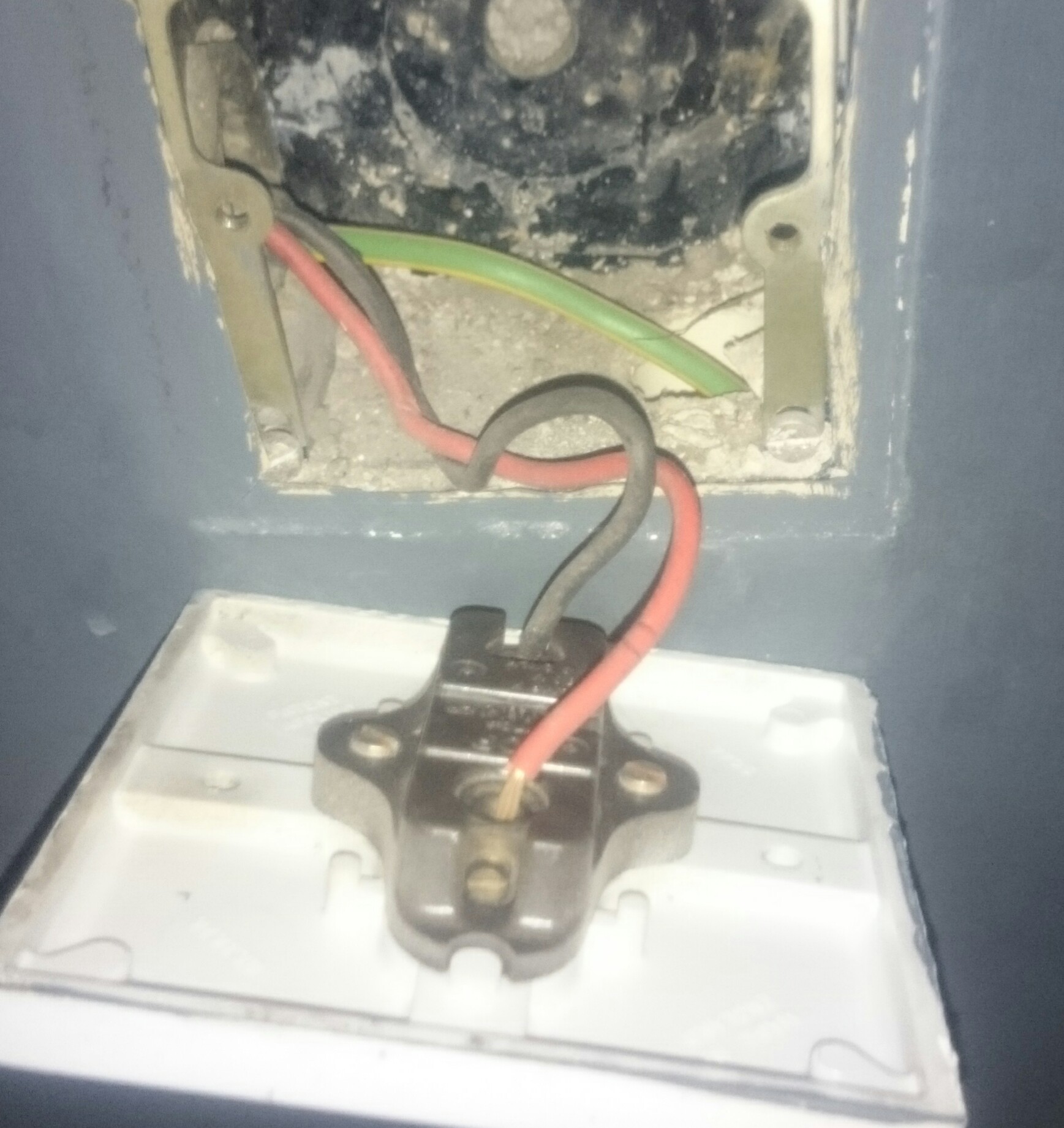 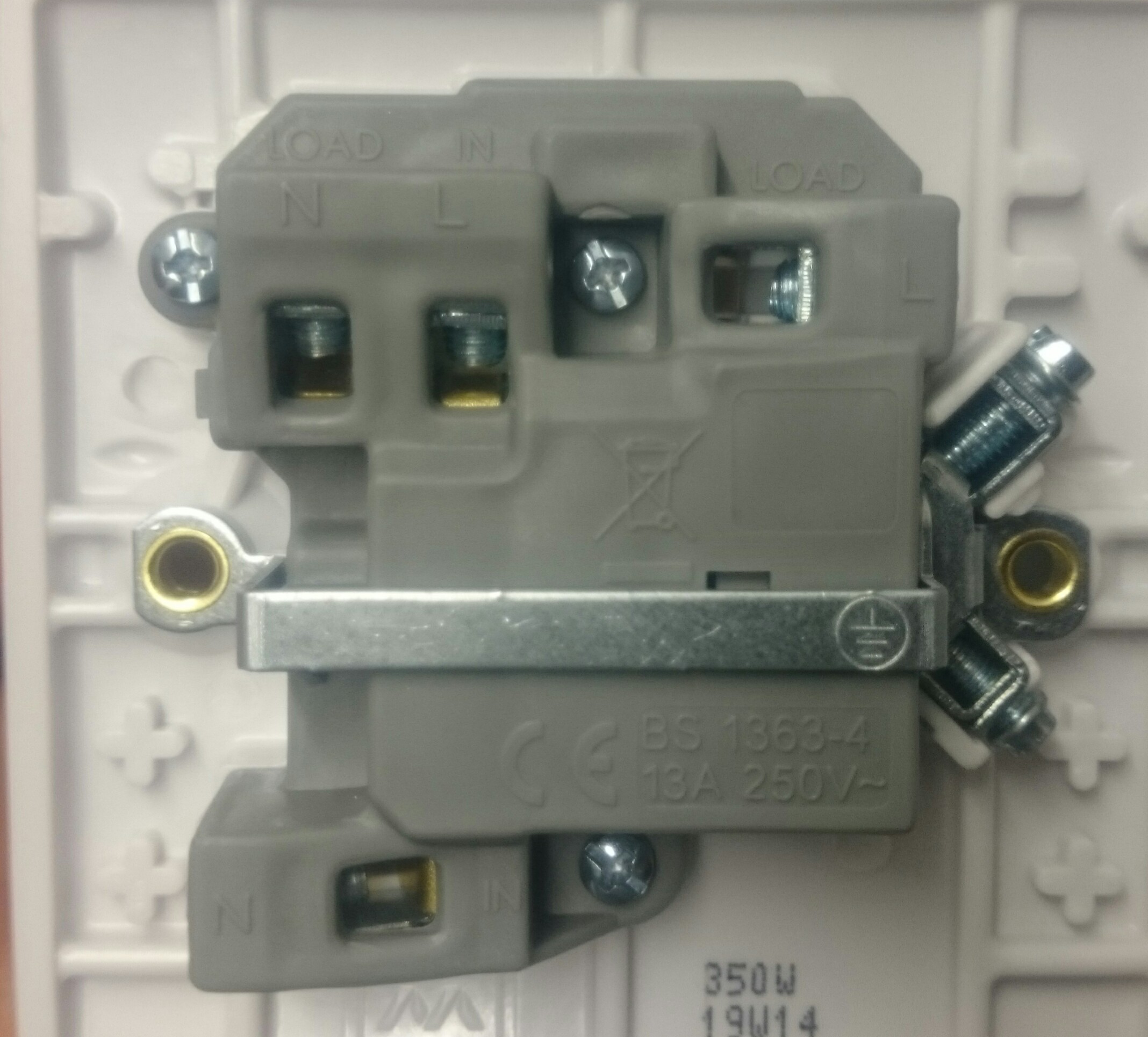 Turn off the mains supply.

OK, so you have a real problem there. First, let's identify the four black/white pairs you have there, and they probably come out of cables. I'm going to label these AH for Always-Hot, N for Neutral, and SH for Switched Hot.

In your original setup, the SH wires were designated with tippex. Now your problem is figuring out what those are.

With all the wires unhooked, I would touch each one with a non-contact tester. Exactly one red will be hot - that's supply (cable 1). Because you are in the UK, you may have "Ring Circuits" and another red may also be hot. That is fine; call that Cable 2.

Identify the always-hot wire(s) in some way. Since the new color code is brown/blue, I would identify them with brown tape, wrapped around the wire several times, maybe even spiraled for some distance up the wire. Or better yet, brown shrink-tubing shrunk on. I would not use conventional UK non-shrink sleeve for this, because the whole point is, it needs to not fall off!

Now, turn off your circuit breaker/pull the fuse.

I hope you can get back behind the rose and see how the cables are actually grouped. The 1 or 2 always-hot wires you just identified, will come from 1 or 2 cables. You need to identify their partner neutral wires - the black neutrals that are in the same cable. I would mark those with blue tape to designate actual-neutral.

Now, it's experimentation time -- it's not good to experiment generally, but if you do it in a controlled way, it can be OK. And presumably we have one of those nice British 3/3/2 splice blocks to work with!

Place the known supply neutral on the end 3-block. Place the known always-hot on the other 3-block. Connect the lamp's (or any lamp's) hot and neutral to that same 3-block. Go turn the breaker on and see if the lamp lights up. That will confirm you've identified the power cable. We won't leave it this way.

If you identified a second always-hot cable earlier, unhook the first cable, and hook this one up in its place, and power up the breaker again, and see if the lamp lights up on this cable also. That would indicate a ring circuit.

So, once you've confirmed they are power cable(s), permanently hook their neutral(s) to the end 3-block and their hot(s) to the other 3-block. We will not be touching that again.

Test each cable, one at a time

Next, with the switch OFF, try each of the other cables, one at a time. Hook its red on the middle/red 3-block, and its black to the end/black/neutral 3-block. One of three things will happen.

So after you iterate with each red/black pair, you should now have 3 blacks-marked-blue on a 3-block, 2 reds-marked-brown on a 3-block, and and red on a 2-block, as well as a loose cable not yet allocated, and the lamp of course.

On the lamp, the leads are probably blue and brown. Mark the brown wire red, to signify that it's a switched-hot (you don't want this light on 24x7, right?) Its blue goes onto the neutral 3-block, its brown->red goes onto the 2-block. Note that these blocks are full; you'll have to double-tap a block point.

OK update, this is what I've done to get the other lights in the flat to work. Previous attempts fried the light switch and I'm not even sure if it's doing anything. First thing I wanted to do was replace the light switch but even that is complicated. The old light switch has a red and black, the new one has 2 load/n and 2 in/l oh and 2 earth's. I can't even figure out the light switch.

Not the answer you're looking for? Browse other questions tagged switch light fitting or ask your own question.

0
Master bedroom light switch is controlling the bathroom too?
0
Unusual wiring at a light switch