I would cleat the mounting using horizontal 2x4s or some thicker plywood mounted on the surface of the wall. It's less sightly, but you can distribute the weight along more studs. I would not try to mount it across only 2 studs using 1.5" screws.

TVs are lighter than they used to be, a 65" TV is only 55 pounds or so, and 2" screws are pretty darn strong. (You probably want 2" screws - you have to get through the drywall, too.)

I am going to assume that the drywall is on 2x4's used as furring strips, solidly attached to the wall, capable of supporting the weight of the mounted TV.

I would not do this with an articulating mount - one that lets you pull the TV away from the wall and aim it a different direction. That effectively magnifies the weight of the TV.

Choose a mount that will let you get at least two screws into two furring strips. Make sure you locate the furring strips accurately.

You might want to use a newer type cabinet or structural screw because they are a little easier to use than traditional lag screws - for example, the GRK RSS in 1/4" x 2" is readily available here. They are rated for far more than the weight of the TV and mount.

Use washers big enough to cover the holes in the mount. (They probably supplied washers with the mount.) 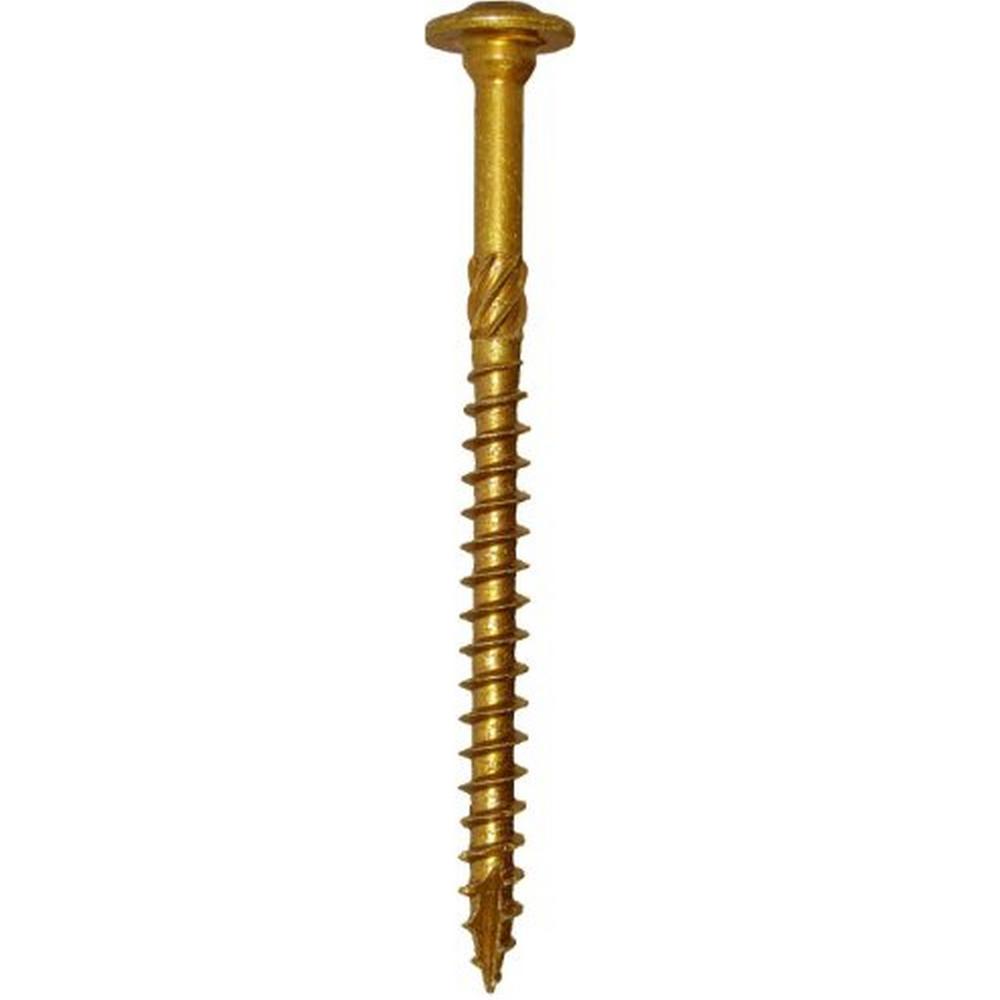 Your studs are quite shallow. If you have a finished wall with a half inch of sheetrock then I would go for at least 1 3/4 inch lag bolts so that they grip as much wood as possible. You might even be fine with 2 inch bolts once you account for the metal thickness of the mount.

A lag bolt's pull-out resistance is only as strong as the wood that it is attached to so according to https://www.hunker.com/13401751/lag-screw-pull-out-limits it would be about 200 pounds per bolt. Your wall mount will be attached with 4 bolts, right? Everything should be fine as long as you are not doing chin-ups from the darn thing.

Make sure to pre-drill a hole slightly smaller than the shank dead-center of the stud. When screwing in the lag bolt DO NOT OVERTIGHTEN it or else it will turn the wood to mush and its gripping power will be compromised. Use a drill to start the bolt but switch to a wrench for the last 1/2 inch and tighten it flat against the wall; no more, no less.

Not the answer you're looking for? Browse other questions tagged mounting television or ask your own question.

3
Mounting Full Motion Mount on a Single Stud
6
How can I center a TV on a wall with a centered stud?
2
How should I wall mount a TV with one metal stud and a gap between the drywall and exterior block?
1
Will 12" studs work for a TV mount designed for 16" stud mounting?
1
What lag bolts to use when mounting 65" TV to drywall using plywood?
0
Any idea what I'm drilling into?
2
Lag bolt vs structural screw (and length) for TV mount
12
How safe is it to mount a TV tight to the wall with steel studs?
2
Mount 50" TV into shallow studs