I recently bought a house built in the US in the 1970s. It has all-aluminum wiring.

A last-second fix to pass the occupancy inspection involved replacing some malfunctioning GFCIs with, unbeknownst to me, the cheapest available basic GFCIs.

None of the replacement GFCIs are marked CO/ALR, but I could not find new production GFCIs rated for CO/ALR either.

What is the preferred GFCI for aluminum-wired houses? Should I simply check the connections periodically, or is there a better way? 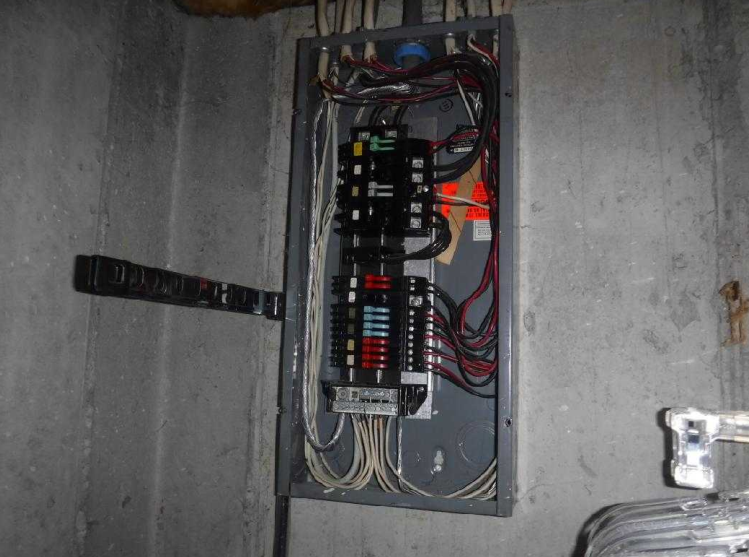 Kill two birds with one stone.

Given the aluminum wiring, you really want AFCI breakers in the panel. That will catch most aluminum wire failure modes. Thing is, once you are committed to an AFCI breaker, an AFCI+GFCI breaker is only $10 more.

All breakers are Cu-Al rated, which is a standard for breakers. This standard is fully modern and usable. Not to be confused with the old, faulty Al-Cu rating for receptacles and switches which is what caused all the problems with aluminum wiring.

Once you have an AFCI breaker, convert receptacles and switches to CO-ALR at your leisure. And done.

Yeah, you could put copper pigtails on the aluminum wire at the outlet. However a couple problems with that. First, most splice types have problems. Alumiconns are excellent if torqued properly, but they are both expensive and bulky, and the box is a tight fit already with a GFCI breaker. You could end up needing an extension box such as a Legrand Surface Conduit Starter Kit.

Well Zinsco, you will find conflicting information online about them, but this is not debatable: The second law of thermal dynamics indicates things wear out. That panel is old, and design defect or not it is still time to replace it. Personally I've been opposed to Zinsco since the 80's, first house I rented had a Zinsco with a dryer, water heater, and well on the same 30A breaker. Lived there 3 months before a time delay fuse for the well blew and got me inspecting the wiring. I'm lucky that wire didn't melt in my sleep.

So back to your question, if you don't have room, ability, or desire to fit ALR approved connectors in the j-boxes with the GFCI receptacles then replacing your non-ALR GFCI's with ALR receptacles and installing GFCI protection at the panel might be an option. If you make the risky choice of sticking with your Zinsco panel GFCI breakers probably aren't an option, but you could consider "dead face" GFCI's at the panel between the breaker and the aluminum wiring. Dead faces are more expensive, but the code reads that GFCI protected circuits in the kitchen (or bathrooms) are only allowed to feed receptacles in the kitchen (or bathrooms).

I've seen a couple of aluminum rated connectors fail, the ones I've seen appear to be installed improperly. IMHO it's because installers don't follow maximum conductor volume, and it's too hard to install properly since the antioxidant makes the coil in the connector too slippery and it becomes too easy for one wire to work it's way out of place when installing. Product listing (UL,CSA) only applies when installed as tested and approved, but I think the testing labs ought to put more consideration into the likelihood that they will get installed correctly. Take all the lights out of the testing lab, make them wear headlamps, stand on the top allowable step of a ladder and work at chest height.

Uh oh, you have a Zinsco...and that means that you'll have to replace the whole panel to have a hope of doing anything else to improve the situation

Atop the known woes with the use of "old technology" aluminum wire for general-purpose branch circuits, you have a bigger problem to fix: that Zinsco panel of yours. Given its penchant for starting fires due to breaker-to-busbar connection burnups, plain miscalibration of breakers (leading them to not do their job when called upon to stop an overload event), and even violent blowouts of the breaker casing during high-energy trips, the Zinsco breaker line is not worthy of the title "antique"; instead, that panel needs to be sent on a one-way trip to the smelter. Never mind the fact that Zinscos can sometimes not turn the power off when you move the breaker handle to OFF, rendering any attempt at servicing an electrical system "protected" by a Zinsco panel hazardous at best!

Fortunately, this looks to be a rather trivial job as far as service changeouts go, since your panel was surface-mounted into an unfinished space during the original install. I would get a 200A, 40-space or 42-space, main breaker, NEMA 1 (indoor) panel as a replacement for this, along with appropriately sized breakers for the various circuits in the panel. I would also point this out to the seller, though, as they sold you a house with what basically is a known defect in it, unless somehow everyone involved was not aware of the hazards Zinscos pose.

Note that when replacing the panel, pigtailing the aluminum wiring is not necessary to attach it to the breakers, as breaker lugs are made of plated aluminum to begin with, and have always been safe to attach to aluminum wire provided correct installation techniques are used; however, since you have aluminum wire, it is imperative that the lugs on your new panel and breakers get torqued to the correct specification values for that make and model of loadcenter using an inch-pound torque wrench and/or torque screwdriver. This is also a new Code requirement in the 2017 NEC (see 110.14(D) for details).

Once the panel replacement's out of the way...

You are indeed correct that there aren't very many good options for GFCI protection in an aluminum-wired house, given that CO/ALR rated GFCI devices seem to be scarce these days. Once you get the panel replacement out of the way, the option of GFCI breakers opens up to you, although with a caveat: most locations in a house need AFCI protection as well, and multi-wire branch circuits must be protected by a 2-pole GFCI; however, 2-pole dual-function (arc fault & ground fault) breakers are not made at all, so you'll have to use an AFCI breaker with GFCI receptacles in that situation, or use an AFCI breaker and install a GFCI "spa panel" inline with the circuit.

If you decide GFCI breakers are not your cup of tea, or cannot use them for some reason or another, then you'll probably need to use extensions to deal with the extra space the pigtails take up atop the bulk of the GFCI itself. Using a surface-raceway starter box is probably the easiest and most elegant way to deal with this, although if your boxes are metal, you can use an extension ring instead; said extension rings are also what you need to use for metal boxes in unfinished spaces, where a starter box can't be used.

As to the actual pigtailing repair process, you'll want to use Alumiconns for it (unless you have an electrician qualified to use COPALUM working on your behalf). These are basically mini-me versions of the mechanical setscrew splice connectors often used for larger wires (larger than 6AWG), which means that they work quite well for aluminum to copper and even aluminum to aluminum connections, but take up quite a bit of actual room inside a junction box compared to a wirenut, and require a torque screwdriver to install correctly.

I don't think there is preferred GFCI for aluminum wired houses. You can just get a 20Amp GFCI for copper wire and pigtail a piece of #12 CU to the #12 AL in the box. Ideal makes twist connectors good for AL to CU connections but as pointed out by Harper, they don't work even though they're UL listed. He suggests using Alumiconns. They take up a lot of room in the box so that could be a concern fitting a GFCI into the box. We'd need a picture of the box Good luck. Enjoy your house.

Not the answer you're looking for? Browse other questions tagged electrical gfci aluminum-wiring usa or ask your own question.

20
What's the best way of replacing a plug or switch in a house with aluminum wiring?
1
GFCI Outlets Wired Inline 2011 NEC
2
GFCI Outlet wired to non GFCI. Can I switch?
0
GFCI outlet wired but not working
0
pigtailed aluminum replacing regular receptacle to GFI
2
What Happens When a Copper Wired Component is Introduced into an Antique Lamp with Aluminum Wiring?
3
High temperature aluminum to copper connection
8
Aluminum Wire Restrictions