What else would an hot red wire be for in a split-tab outlet?

We are replacing some older outlets in our home with newer, more modern outlets. In one room, we found that two of the old outlets have two hots: a black and a red wire. The tab has been removed on the hot side to make these "split-tab" outlets.

I'm used to seeing this configuration to make a "half-hot" outlet, where one half is switched with a light switch, etc. But in this case we can't find a switch that controls the red wire.

The red hot wire loses current when we cut power to the breaker that the black wire is on, so I believe this means they are on the same breaker. However opening the breaker box is a bit beyond my comfort zone. 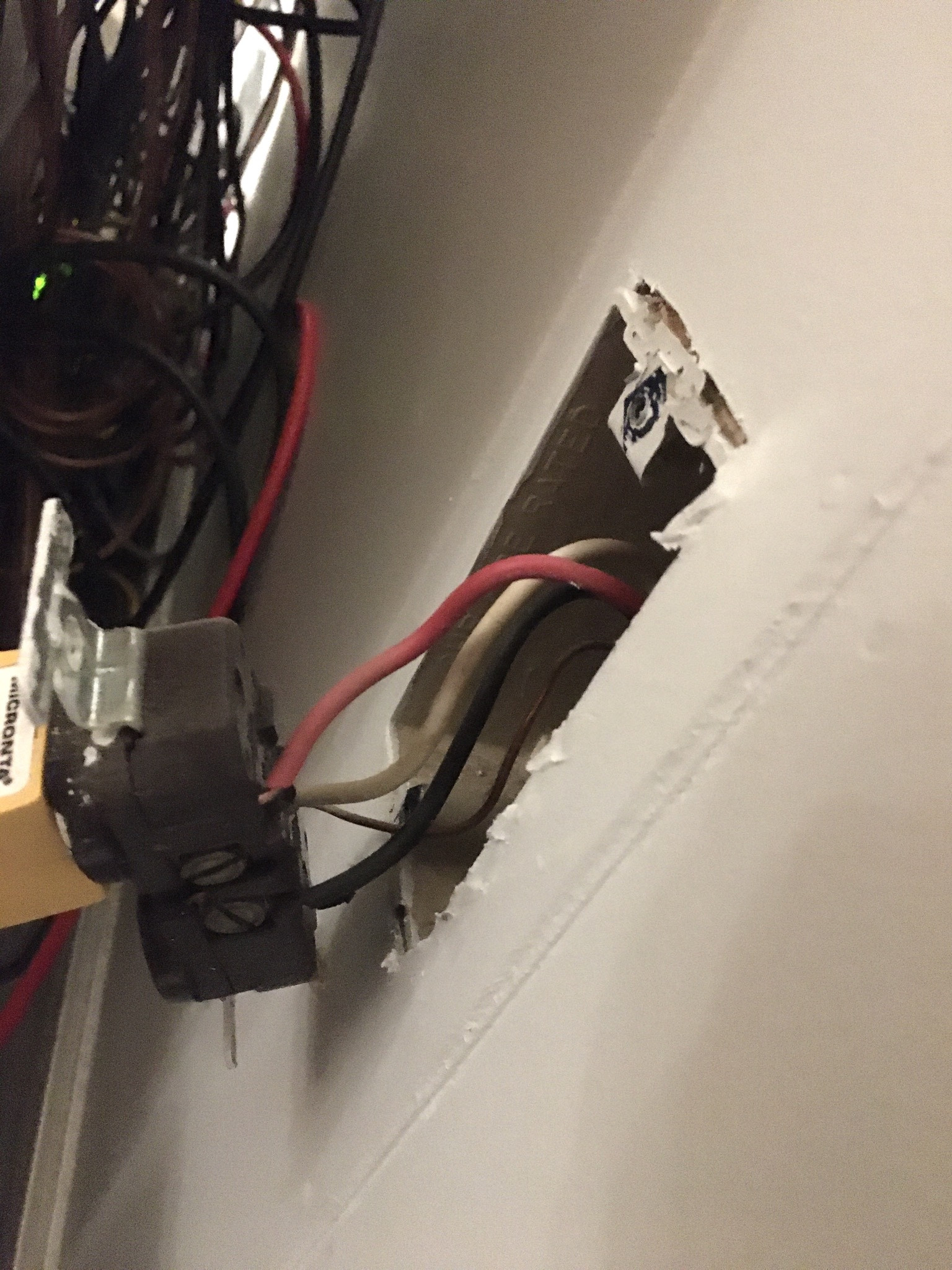 What else would an hot red wire be for in a split-tab outlet? If we're not using any switch for these outlets, should we just cap the red hot wire off, or should we replace with the same configuration even though we can't verify the source of the red wire?

Fundamentally, the color codes are

That is it. That is the whole of NEC color coding.

Therefore, black and red are functionally equivalent. Both are hots, and can be anything.

Sometimes it is are precisely nothing - just another hot. It might be always-hot while black is being used for switched-hot for instance (ugly, but legal).

It might be a former switched-hot that has been deprecated.

It might be a switched-hot actively in use. Red is a preferred wire color for switched-hot.

It could be half a multi-wire branch circuit, as discusse in another answer.

In practice, in cable it will tend to be either an MWBC or a switched hot.

It could be a Multi-Wire Branch Circuit (MWBC). You can test this with a multimeter -- if there's 240V between the red and the black hots, it's an MWBC.

These used to be common for kitchen outlets, since often heat making devices need the whole capacity of a circuit themselves, so this technique allows double the circuit capacity with just one more wire. More recently, it's fallen out of favor, since GFCI and AFCI protection, required by modern code, are more difficult to add to MWBCs.

raising concerns about what other odd things were done with the wiring.

You are right to have such concerns. My experience in rewiring older homes is that everyone who lived there before you was an idiot when it comes to wiring, and did crazy stuff for you to discover.

As others have said, it could be a two-hots-shared-neutral circuit. You should carefully determine if that is the case. If it is, then you should understand the consequences of having such a circuit in your house, particularly the consequences of making changes to your wiring. I say this from experience; every house I have helped someone rewire (including my own) that had such a circuit had it wired in the unsafe configuration. Moreover, upon doing some archaeological analysis, it appears that in each case the circuit was originally wired safely, and then rewired by homeowners into an unsafe configuration later.

Consider the consequences of that. If you have two 15 amp breakers and a 10 amp current on both hots, then the current on the neutral is 10 + 10 = 20 if the hots are on the same phase, and 10 - 10 = 0 if on opposite phases. That is, in the unsafe configuration there is a 20 amp current on a neutral wire that is rated for 15 amps, but neutrals are not protected by the breaker, so the breaker will not trip and the neutral will get warm, possibly very warm.

If the person who installed the circuit did so correctly, the two hots will be on opposite phases, and ideally will be forced to be on opposite phases by the use of a double-wide breaker. But if they are on two single breakers, what then happens is that homeowners do not realize that the phase of each is an invariant that must be maintained, and in the course of some change to their wiring, move one of the breakers to the same phase without understanding the consequences and produce an unsafe situation.

Are there any switch boxes in the room? Most rooms require some sort of ability to switch a light or fixture.

If not, it probably is a multi wired branch circuit, two hots sharing a neutral. Check your main panel to see if it's labeled. I'd try to trace the circuit, remove a few outlet covers and determine where the red goes. It's your house, good to know where everything goes...

Not the answer you're looking for? Browse other questions tagged electrical receptacle usa or ask your own question.

14
What is a multiwire branch circuit?

1
How should I wire a switch/outlet combo to a split outlet if the feed is at the split outlet?
2
Wall of 2 switched outlets not working
2
Why is the neutral tab broken with only one neutral wire?
1
outlet intended for half hot does not have tab removed
0
Added sconces to switched outlet run and made the outlets always hot, what do I do with the last outlet?
0
Is it safe to cap off live red wire in split receptacle?
1
how do i make a light switch turn on a lamp plugged into receptacle