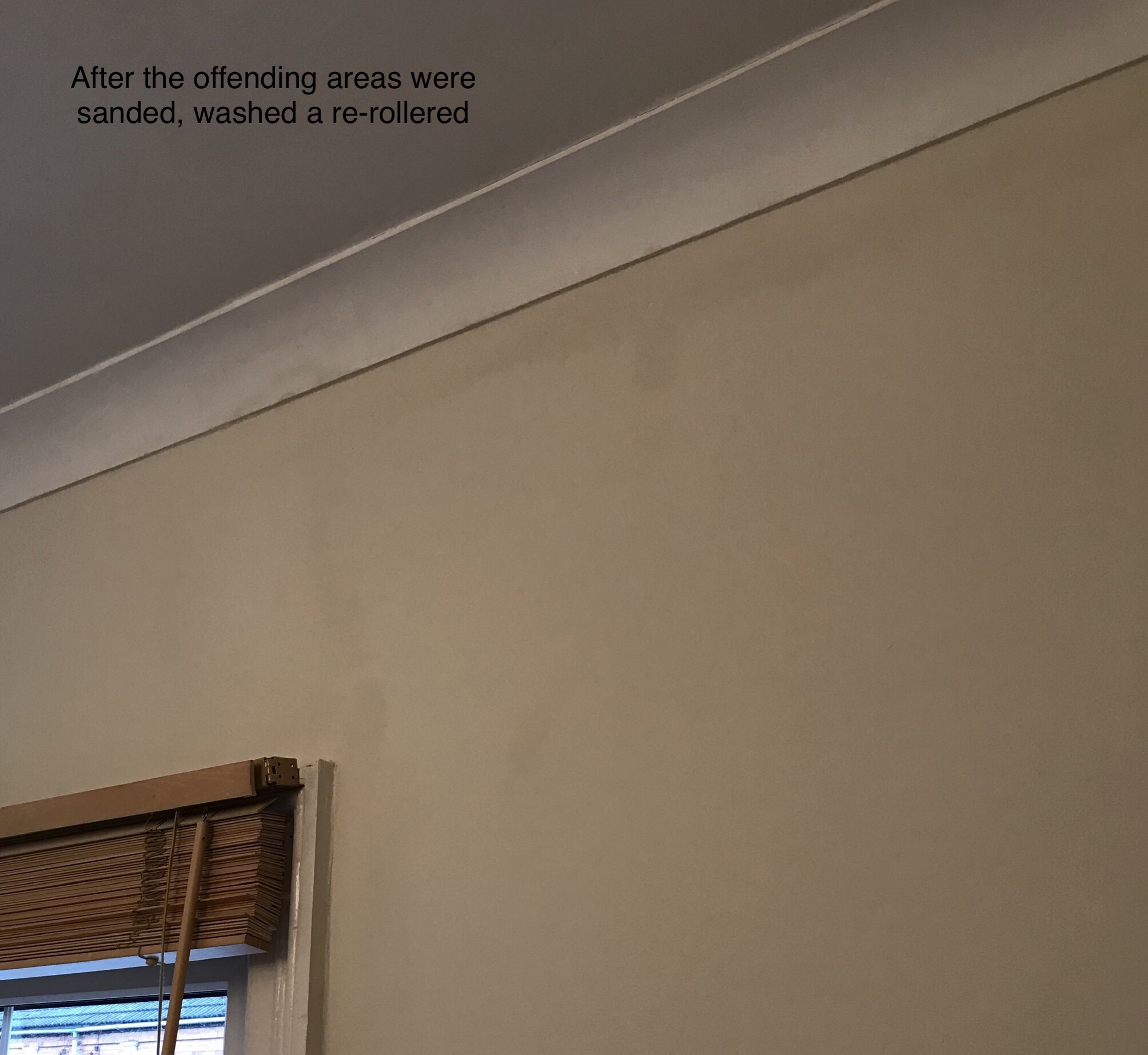 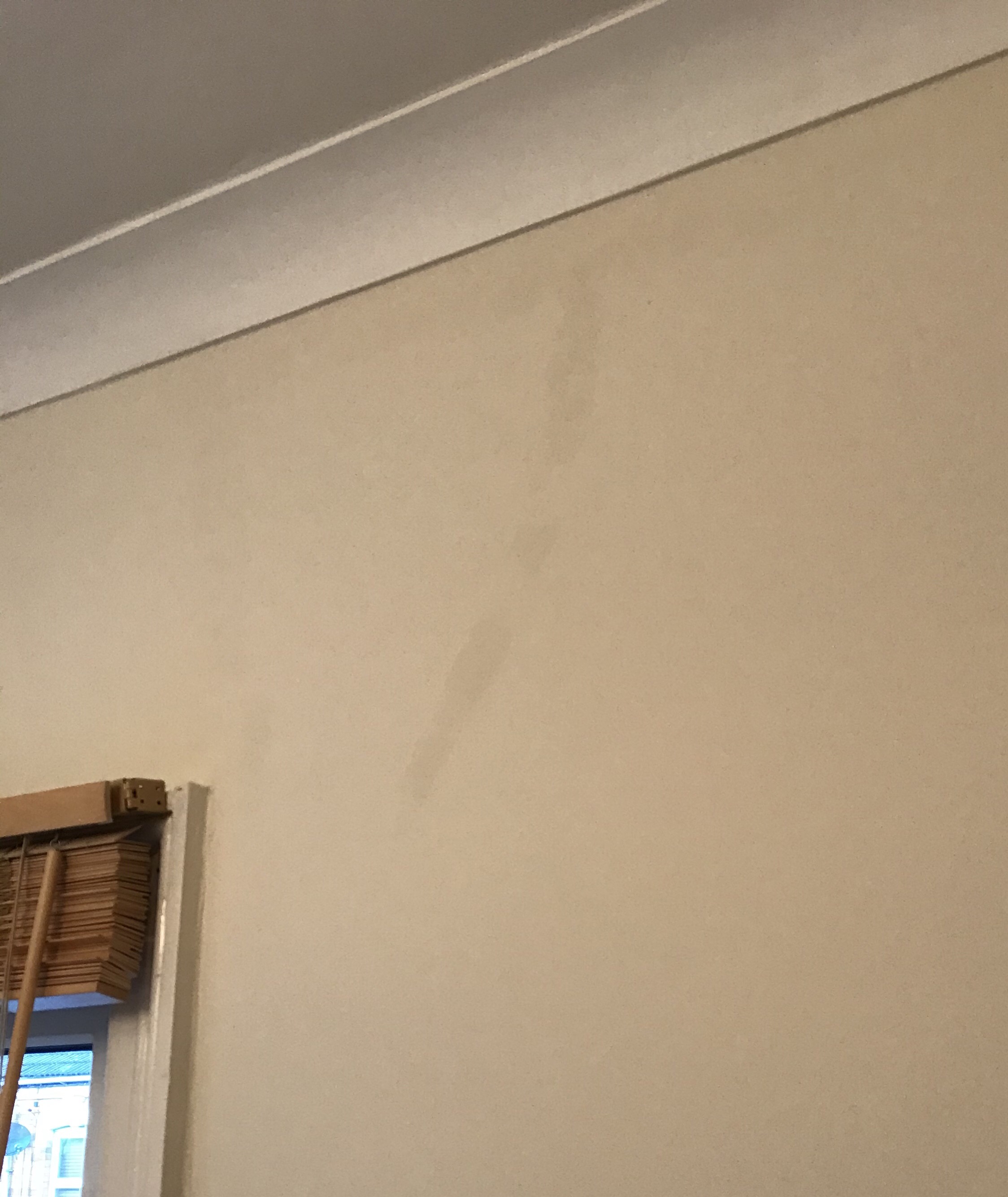 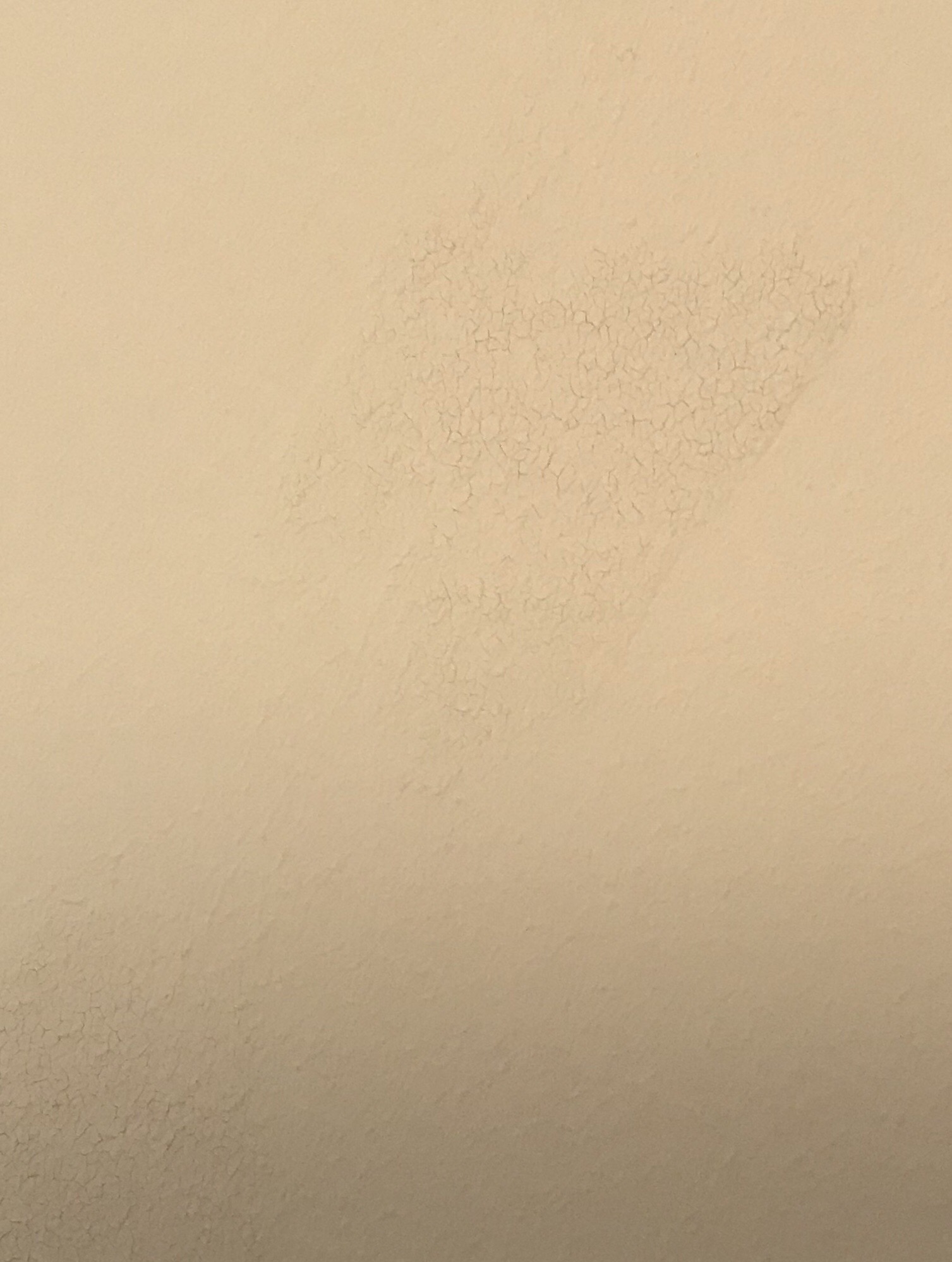 I have just rolled a second coat of emulsion (Farrow & Ball, brand new tin) onto a bedroom wall and an hour later noticed that a sweep of the wall (a few inches wide) has hairline cracks. I’ve not been aware of this ‘sweep’ before so am almost certain that it appeared today. The first coat was applied a week ago, so the surface was dry; and I’ve no reason to believe the wall was dirty when I painted.

Can anyone suggest what might be causing this and what I should do?

There was no wallpaper paste residue on the wall before I started this job, but before the paint went on last week I did have to fill some hairline cracks in this (and other) areas with Polyfilla. The odd thing is that I didn’t notice the cracked paint after the first coat was rolled on; it seems to have appeared only today (after the second coat was applied).

Following the suggestions given below, I sanded down the offending areas, cleaned the wall, cut out the top and sides, then next day rolled a fresh coat (carefully not using too much paint). While the original area looks somewhat better, the hairline cracking is now along the top of the wall and in other patches. I’ve not had this happen before. The only thing I can think of doing is to start again on this wall - this time using a primer first. Does anyone know what is going on to cause this?

That's exactly what happens when painting over remnant wallpaper paste. Or, if a white glue was used on a wall repair.

The only remedy is to scrape the offensive stuff off, wipe several times with a wet sponge...until no longer slippery and re-prime/paint.

A skin-thin application of Spackle/plasterboard compound can restore the scraped areas to paint elevation beautifully before re-priming/painting.

Not the answer you're looking for? Browse other questions tagged walls paint or ask your own question.

1
How do I remove dried spray-can paint from glass?
1
Sanded wall rough after brushing / rolling Kilz Original — should I sand or is this normal?
0
Dark spots on painted wall
3
How can I prevent wall patches from affecting paint sheen?
1
Rolled paint on wall has a patch that goes completely flat (not colour but flat as in looks like it wash brushed not rolled)