I have a house extension built circa 1997. Inside there is a three-port shallow inspection chamber where a shower and toilet join to a single 110mm waste outlet heading out of the house.

Outside the house against the wall there is a roddable Bottle Gulley. Upon inspection it has no inlet connections opened, the roddable outlet is simply connected to the aforementioned extension waste outlet via a Y-fitting.

My question is, at the time of building or now, did/does the code specify that an external rodding point should be fitted? I realise it makes sense, but it technically is possible to rod the run to the sewage plant from the inspection chamber inside if required (it's a straight run no bends) (and ok albeit with some mess inside) which negates the need for the rodding point outside.

I am asking because this otherwise unconnected bottle Gulley is in the way of where I want to build a step and I'm not clear whether it's a nice to have and can be removed or is required by regulation.

(FYI the length of pipe between the bottle gully and Y fitting on my drawing is exaggerated, in reality it's right next to it making almost a straight run for rodding)

Many thanks for any guidance Ian 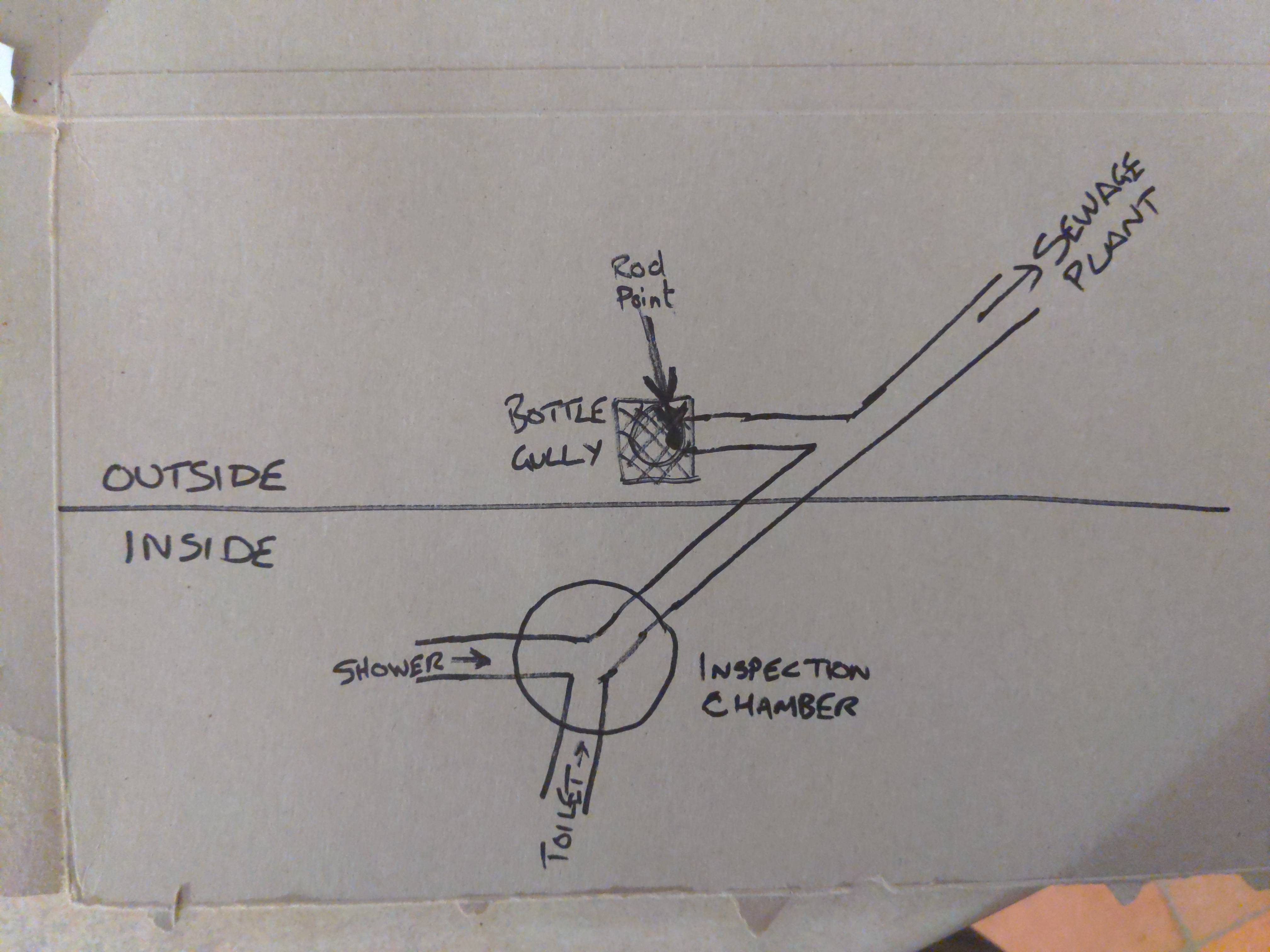 2.46 Sufficient and suitable access points should be provided for clearing blockages from drain runs which cannot be reached by any other means. The siting, spacing and type of the access points will depend on the layout, depth and size of the runs.

There is nothing to suggest that the access points need to be external.

Not the answer you're looking for? Browse other questions tagged drain-waste-vent sewer inspection or ask your own question.

2
How can one test a sewage ejector pump?
8
Why is sewage backing up from this outdoor pipe?
1
Sewage? Or is my dog just farting?
4
Persistent sewage smell coming from basement drain
1
External stack pipe
4
How can I vent a bathtub trap when the drain is routed under the tub?
2
How low could kitchen sink sewage inlet go?
1
Sewage pump issue
0
Sewage smell in my basement - Where is it coming from?
3
When is service connection completed for water / sewer for new construction?