Was considering running out the gable, but that's 25' away, plus another 10-15' of duct and a couple of elbows to move from the outside edge of the attic into the center (and up so that I can slope the duct towards the exhust port?)

Trying to figure out if that's a good idea or bad.

Ran across this great answer... How much vent fan throughput do I need for my bathroom?

Which as I read it, basically says...the longer the duct, the higher CFM needed. So given my 480 cu. ft. bathroom and estimated equivalent duct length I'd probably need a 70-90cfm fan.

But searching the web also lead me to IRC table M1506.2 Duct Length, which I understand to say that a higher CFM also needs a larger duct. 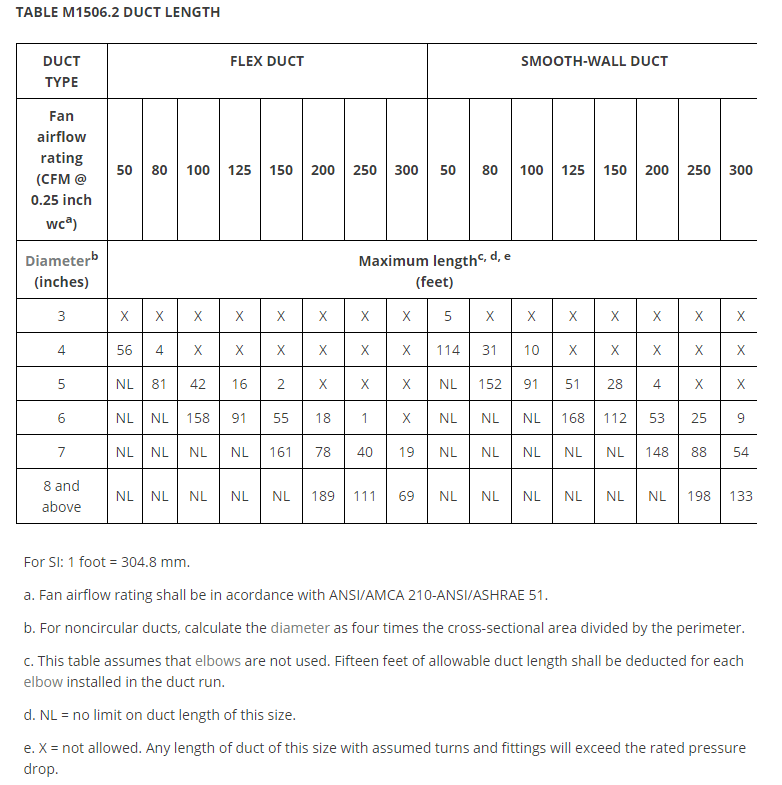 Am I missing something? Confused as to why the answer above seems to penalize 6" (flex) duct when the IRC seems to indicate 6" is a requirement. 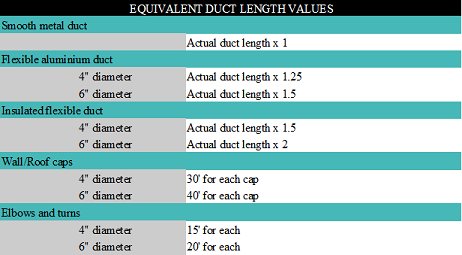 Browse other questions tagged vent exhaust-fan or ask your own question.

10
How much vent fan throughput do I need for my bathroom?
2
Using a bathroom fan with a smaller duct - is there a minimum size?

10
What are my options for venting a bathroom exhaust fan?
14
What is the purpose of a bathroom exhaust fan?
10
How much vent fan throughput do I need for my bathroom?
2
How do I prevent my gable vents from clogging with ice?
1
Is 150 CFM ventilation fan right choice for bathroom in my older condo?
0
Maximum length for bathroom extractor/exhaust fan vent
4
Can a bathroom fan be exhausted through existing gable vent?
0
Is 4“ Ducting Used for a 4” Bath Fan?
1
Bathroom Vent - exhausts into attic insulation - what to do today?
1
Bathroom fan venting to attic gable screen