How can I add an ammeter and/or voltmeter to my home breaker panel?

In my professional life, I work in datacenters and all of our PDUs have ammeter displays on them.

Of course they do: we always want to know how many amps a PDU is using.

But in my house, nobody has any idea. As far as I can tell, there is no such thing as a breaker panel, distribution panel, or anything else that has any metrics whatsoever.

This is weird, since I am constantly interested in how many amps either a particular circuit or subpanel is using—or even my entire house, for that matter. I am always looking for this data and have no way to get it.

I don't want to hang a clamp off the wires, and I don't want to take manual readings of circuits or wires. I want a proper ammeter with a real-time measurement.

How can I do this?

You're going to careen headlong into

You want a conductive ammeter. OK, because of the exigencies, that's going to be a large enclosure that will need to mount past your main breaker. You can't insert that between your main breaker and buses in your panel, because your panel isn't listed for that. That means changing to a meter-main outside the house, connected to the conductive ammeter equipment which is UL listed for this use, connected to your former main panel, which will need neutrals and grounds separated.

"But you only need an ammeter shunt" all of the above applies to the shunt housing.

The ammeter equipment won't be cheap, because it'll be low production rate equipment made for industry. I would expect it to be a triple ammeter intended for 480V, which is fine; use the third meter for neutral. Are you sure inductive meters won't suffice?

Nothing wrong with induction-based ammeters for measuring the current of a known frequency.

Which is to say, there is no reason to doubt ammeter readings merely because they clamp on.

As such, a variety of consumer products provide exactly what you are looking for. The units are UL listed, obviously; they sit inside the service panel with clamps on the supply and also on some number of branch circuits. The only thing that sticks outside the panel in a knockout, is a WiFi antenna. Which elegantly solves another code problem, keeping mains and low voltage systems rigidly separated.

That is the way to go. The existence of these products will deter anyone else from offering plain old hardwired ammeters at a consumer price.

Check out the Sense Energy Monitor -- it does use clamp on ammeters, but they're meant to be permanently installed. Other than that, I think it would meet your requirements.

I recently looked into ways to monitor my solar panels and my home's power usage, so I've got some experience with this.

Can you get the parts to do this? Absolutely. 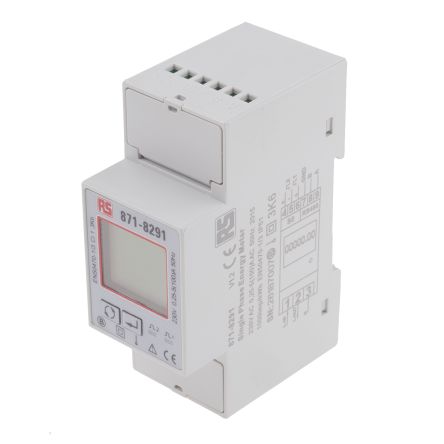 However, I opted not to do this because in my country, any modifications to the consumer unit have to be signed off by a qualified electrician, due to a spate of fires caused by incompetent electrical installations. As putting an industrial power meter into a residential installation would be an unusual thing to do, I felt it would be challenging to find someone inclined to be adventurous in what they sign off.

I also had access to some other options - such as a wireless home energy monitor:- 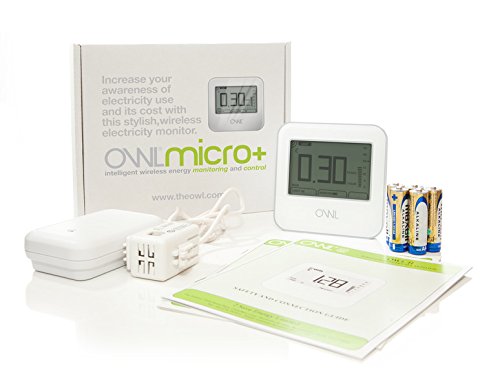 I know you say you don't want to hang a clamp off the wires, but this was the option I went for, as it was a heck of a lot cheaper than getting someone to sign off something fancier. And being wireless, you can watch the readings from elsewhere in your home - in my case, I connected the receiver to a computer to record my power usage. However, I remain sceptical about magnetic clamps as a means of sensing, having seen it give nonzero readings before I'd even put the wire into the clamp.

My country also has smart meters with in-home displays - made mandatory by the government, and installed at the power company's expense. So it could be worth checking if your country has a similar scheme. Unfortunately, the smart meter supplied by my power company was pretty useless, which is why I ended up with the current clamps I mention above. Here's a picture of some similar to the ones they supplied me with:

Finally, many electricity meters in my country have an an LED that flashes at a rate proportional to energy usage - you can buy an optical pickup that will couple onto those. Unfortunately this didn't meed my needs for solar energy monitoring, as a single LED couldn't give info about electricity import and export at once - but it might work in your case, and they avoid both current clamps and the need to rewire your breaker panel. 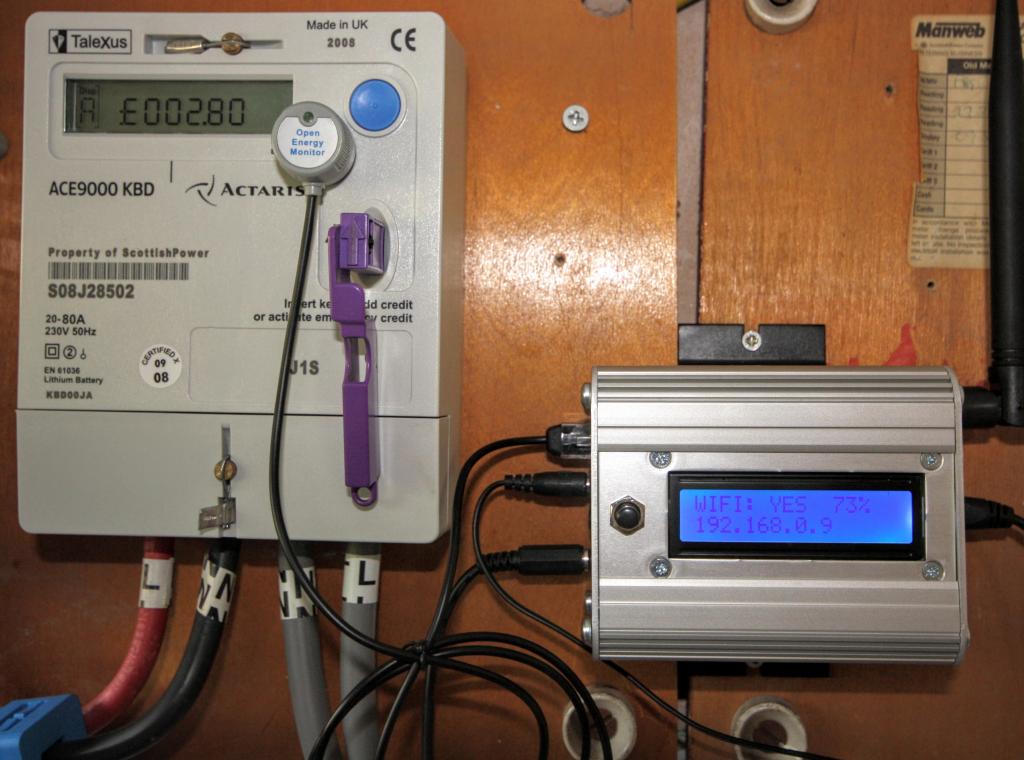 There are a few options like that available for residential use.

There are small inexpensive devices for sale called "Kill-A-Watt" that you can plug into an outlet, then plug in your appliance / device and it will tell you the watts, amps etc. that the device uses. I find them very handy to snoop out power drains. For the Whole House, there is a system called a TED (The Energy Detective); more expensive than a Kill-A-Watt unit, but it looks at your entire house and specific loads and can talk to a smart phone. It also requires removing wires and connecting to breakers, so for some, that means hiring an electrician.

You may want to take a look at the Socomec Multifunction Meters. Industrial grade multimeters that provide current, voltage, power, max values and average values and can be installed into the circuitry of your panels.

You can attach communication interfaces to it, so the multimeter provides data in Profibus, Modbus and IIRC ModbusRTU

(I am not affiliated with Socomec, but developed the communication interfaces that can be attached)

Many "clean" options exist, but they will require slipping (non-clamp-on) current transformers over the conductors in question, and for the main feed that is a job where you probably want the power company to [shut off your power / pull the meter] while you (or your electrician) do it.

I have a Murata ACM20 unit on my well circuit, though I cannot recommend it very highly, as the readout died after a couple of years - though the current transformer itself is probably fine (very little to break there) and may work with some other readout method. Was nice to have when it worked. Not associated, just a considerably less than utterly happy customer.

0
Upgrade Electric Service from 100A to 200A
4
electrical service to a shipping container workshop
3
Can I do a 125A subpanel feeder with slightly-larger-than-#3 wire?
1
Need help to understand my electric panels and subpanels
2
Grounding requirements for multipanel, multiservice installation
8
Can I add a breaker to my main disconnect panel?
0
Future proofing sub panel: wire size considerations
2
How to make a panel mounted voltmeter/ammeter in my main panel up to code?
3
How to Add 50A Breaker to Main Panel With no Stabs
14
Do I need to replace my electric panel to eliminate tandem breakers?