I've just got a tube of XtraBond250 sealant with a threaded nozzle. It's not at all clear how to get started. Do I puncture the tube at the male threaded end? Or cut off the conical portion of the the threaded part? Or ...? And then how to seal it back up when I'm done in case I need more in the future? 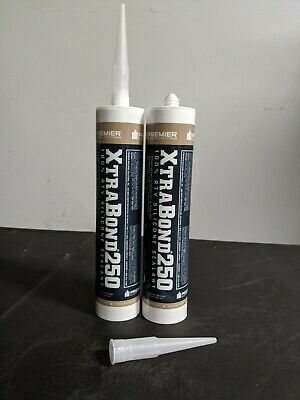 Cut off the tip of the conical stub. Doesn't much matter how large the opening ends up being, but don't go past the tapered part. There's no reason to do so.

Then, start with the smallest opening on the nozzle that you think will do the job. Less caulk is better, and you can always open it further.

To seal it, I typically wrap tape around the end of the nozzle in a cylinder, pinch the end closed, and squeeze caulk into it. This creates a self-sealing plug that can be easily pulled off later.

You trim the nozzle to set the desired bead size and you trim the conical section of the tube above the threads.

When you're finished you leave the nozzle in place. This will dry and self seal inside the nozzle. To use more you get a new nozzle and remove the old one. The old dried-out nozzle functions as a cap for medium-term storage.

3
Gap in sealant round edge of bath, mould underneath, what to replace with
12
How do I caulk where a caulk tube won't fit?
1
How to repair a shower corner bench
0
Sink basin gasket leaking
1
Cracked grout at shower floor/wall intersections - how much do I remove?
1
What material should I use to seal door moldings, small holes between walls and floors to prevent roaches?
2
Did I remove more caulk then I should have at shower door frame end?
0
Accidentally removed part of rubber strip between bathtub and glass while replacing silicone caulk
1
Filling garage floor control joints