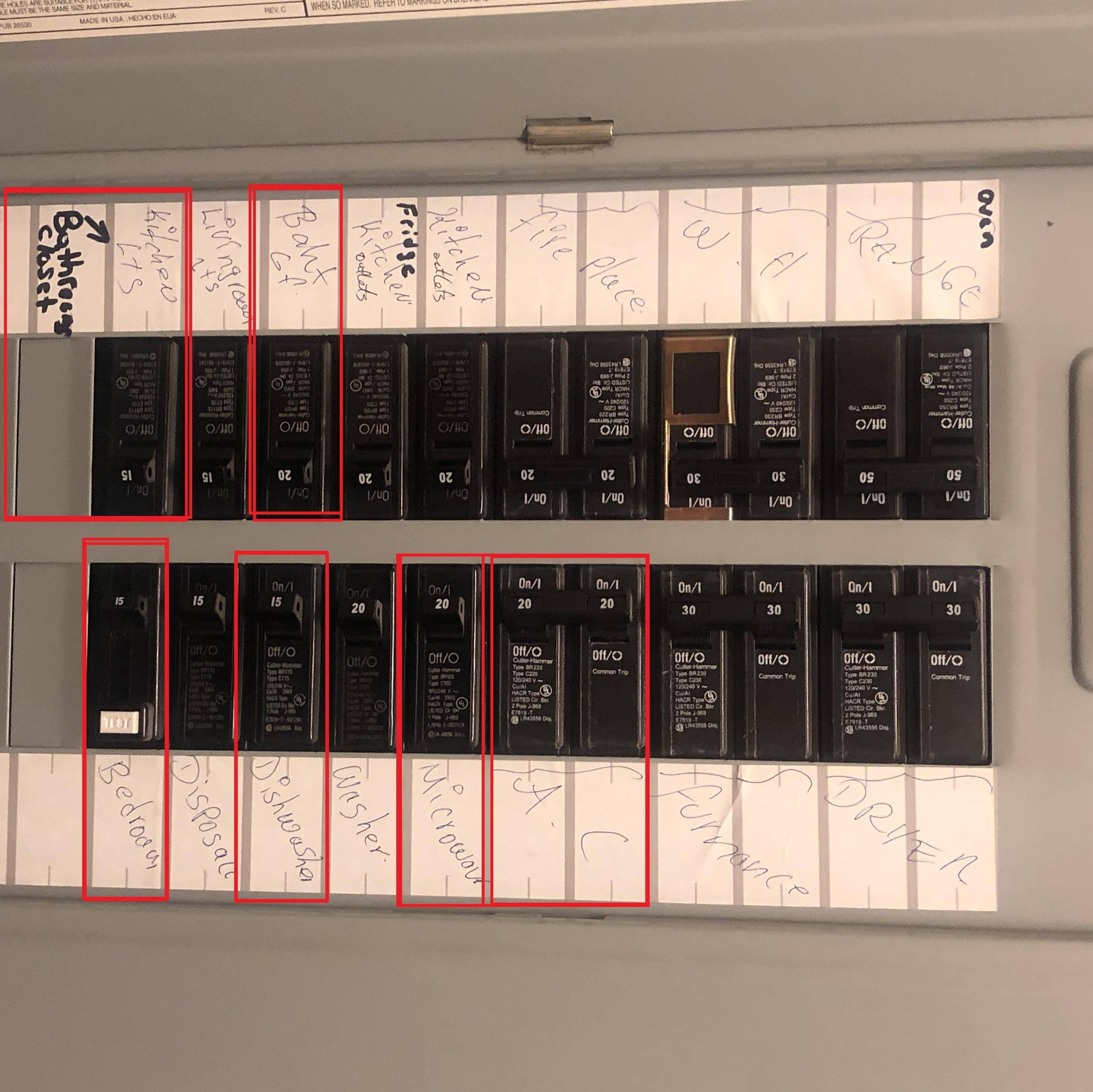 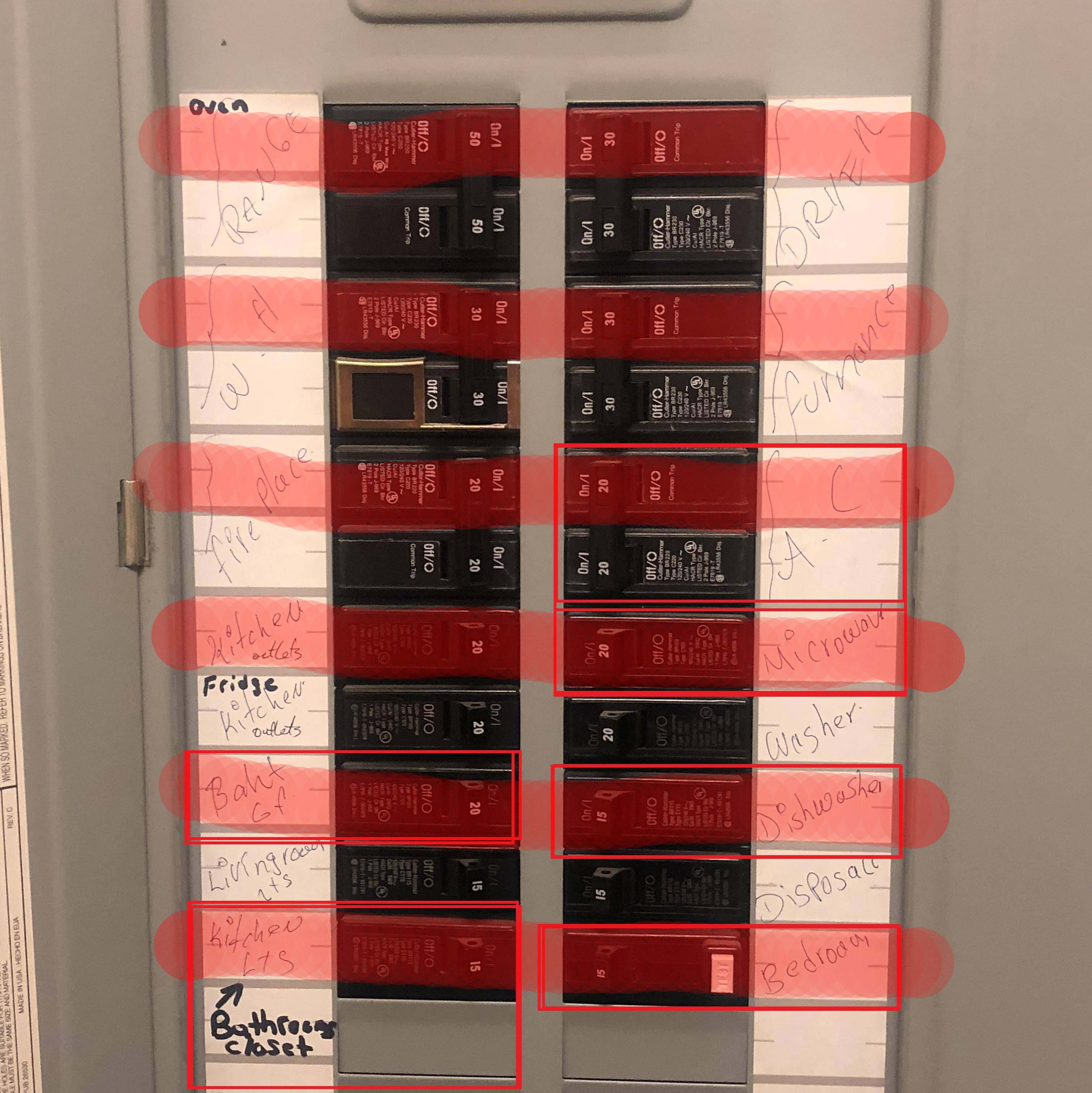 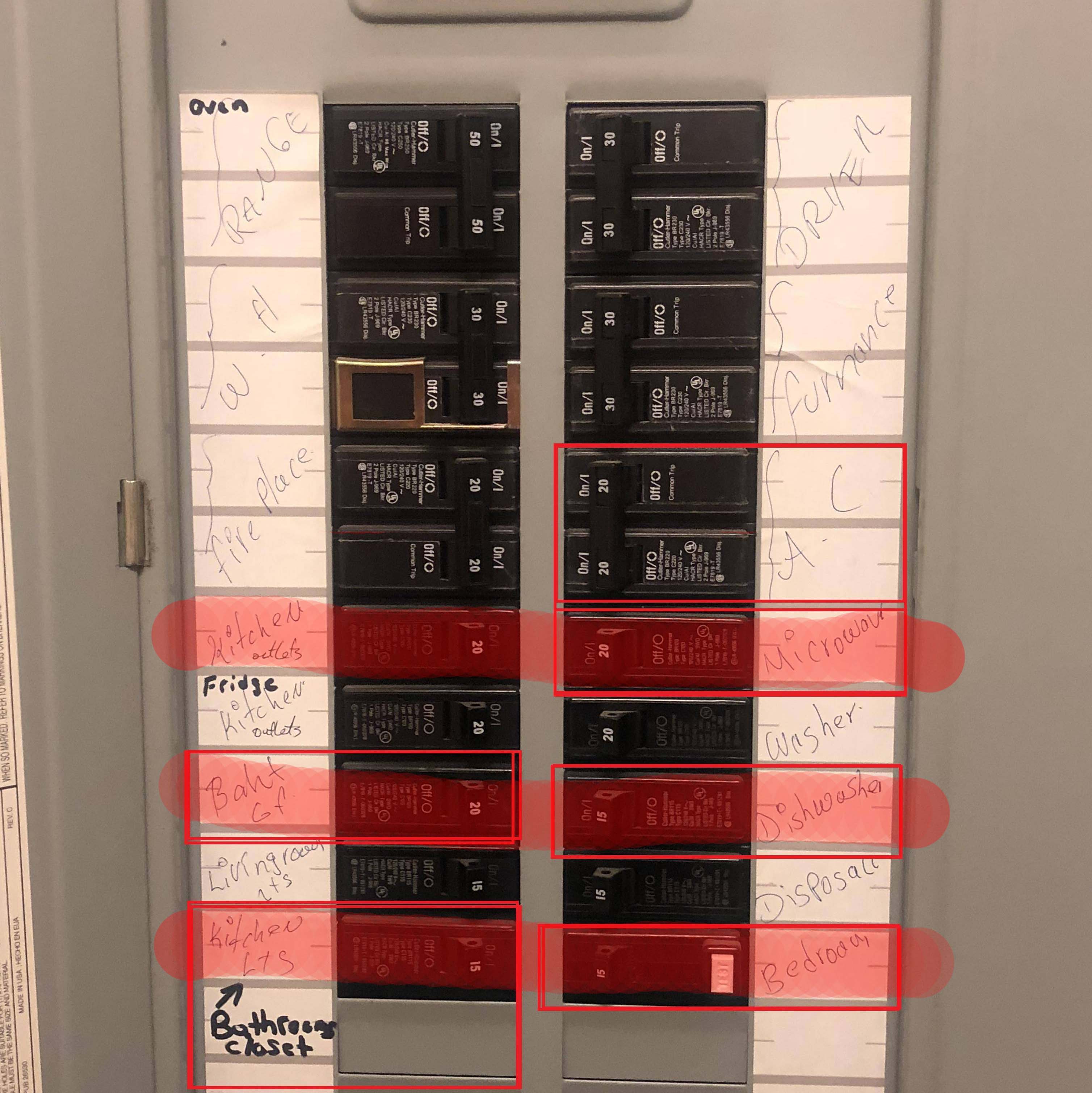 2
Losing power slowly through the house
33
What is a tandem breaker (aka duplex, cheater, twin, double-stuff, etc.)?
6
Why is half of my house without power with no flipped breakers?
6
Half of my lights and oulets are not working after heavy winds?
3
Why is part of my home electric going out?
0
Lost power in kitchen ceiling fan, guest bathroom,guest bedroom

8
Why is my power flickering across multiple circuits?
0
Just lost electrical power to 1/2 of two rooms, on separate circuits?
0
Partial power outage ,facing single-phasing
2
Flickering lights, sometimes no power to some
15
Loss of power when I remove item from the outlet
0
Light flickers when turned off and power disconnected
6
AC related power outage (partial)? HVAC?
3
Breakers keep tripping intermittently
5
Microwave on A leg causes B leg voltage to increase, neutral issue, but how to diagnose?