We are installing a wall mounted cooktop hood over a gas cooktop as part of our renos.

We have centered the cooktop along the kitchen wall but unfortunately that places the center line right in front of a stud (labeled #2 in the pictures) that is holding up an exterior wall. Shifting the cooktop position by 4-5 inches is problematic as it throws the cabinet configurations out of whack. We checked with the manufacturer of the hood and they advised that the vent should be 6" and of rigid material by code for gas cooktops. There is wiring running through the lower portion of these studs which also limits what we can do.

Please refer to the first picture below which shows the stud locations and the wiring.

We are considering an option where we cut the top part of the middle stud to allow us to create the vent opening for the hood. We then want to add framing members to provide support. This option is sketched in the second picture and shows the following:

We would like feedback from the forum experts. We are located in Toronto, Canada. Is this an adequate way of providing support once the top portion of the middle stud is cut? If not is there an alternate approach you can suggest? 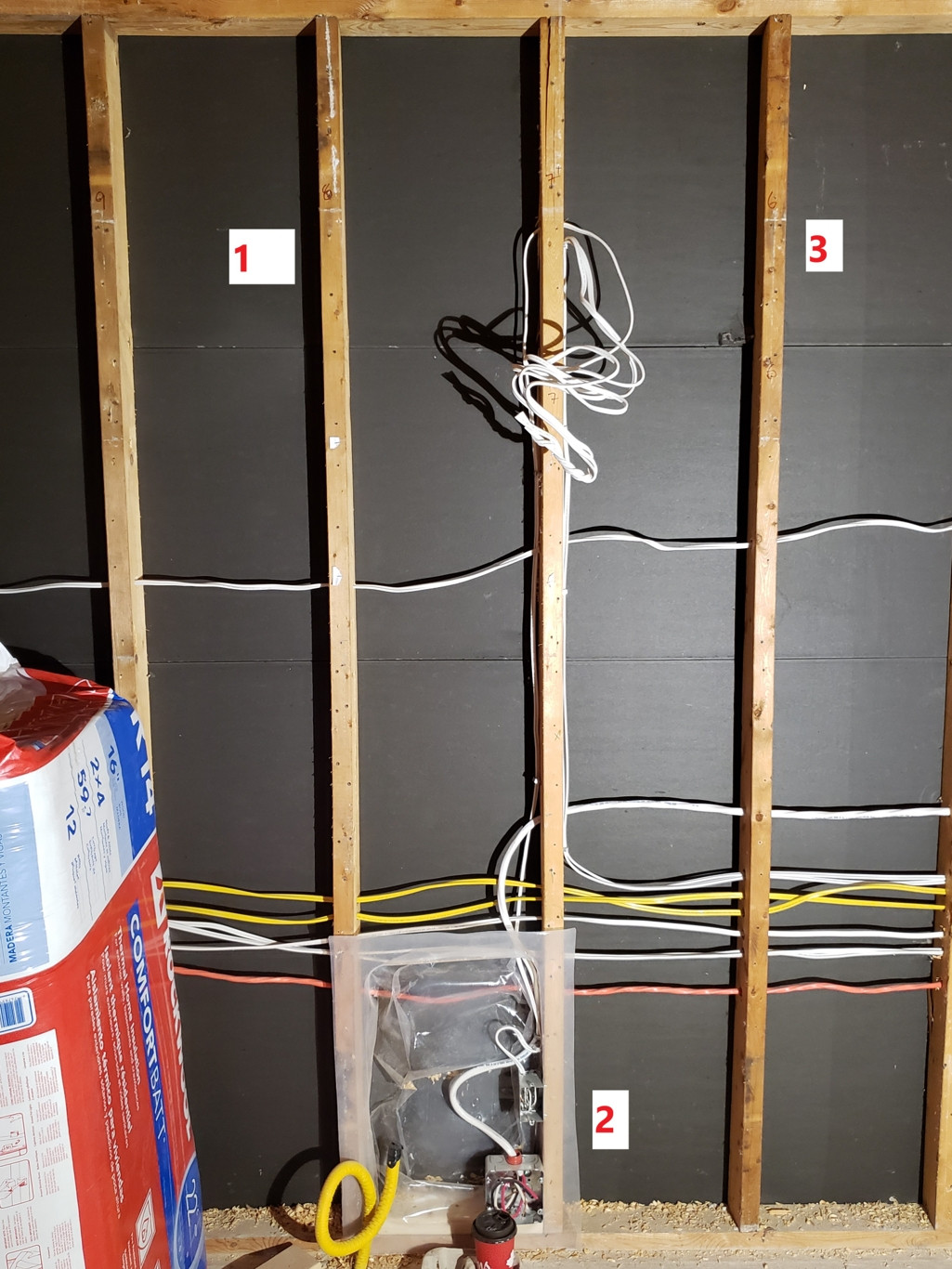 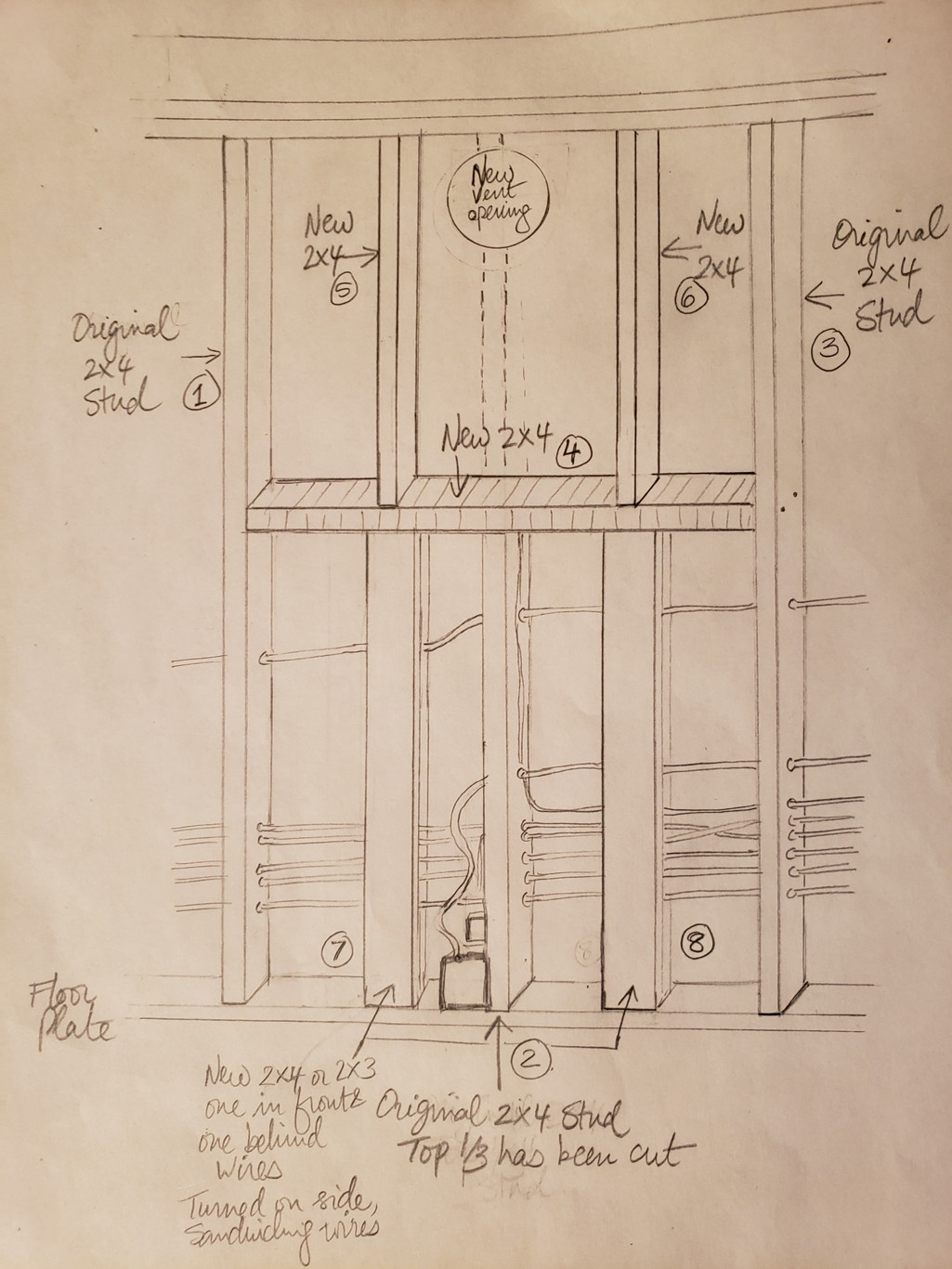 The correct way is to frame the opening with a header, jack studs(aka trimmers) and king studs in the same manner that window and door openings are framed. See image below for reference.

The header is typically made of two pieces of 2x lumber face nailed together, sometimes with a piece of 1/2” plywood between the two to make the depth of the header match the depth of the studs. You can probably use 2x6’s for such a short span.

You can locate the trimmers and king studs to hang the vent hood on, while the cripples below the sill of the opening should be located 16” on center (or whatever the existing stud spacing currently is) in relation to all other studs in the wall.

Of course, all of that wiring makes doing it the correct way difficult... What you are suggesting will work, but it is technically incorrect. 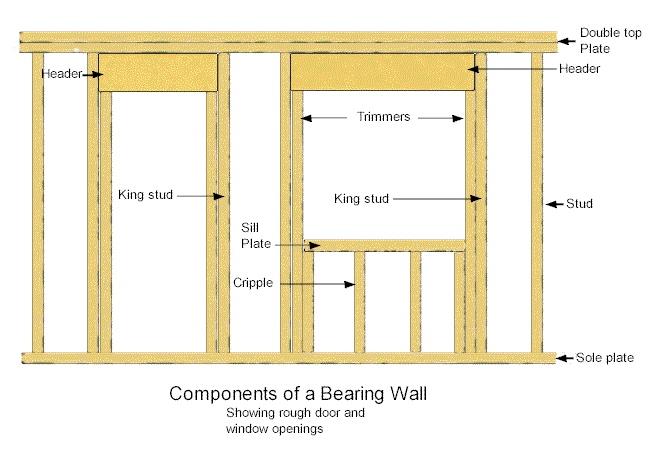 Thanks to everyone for the feedback. At the end we had the electrician rewire that section so we could add new studs on either side of the one that would had been cut. Took a couple hours and turned out to be a better and simpler solution. 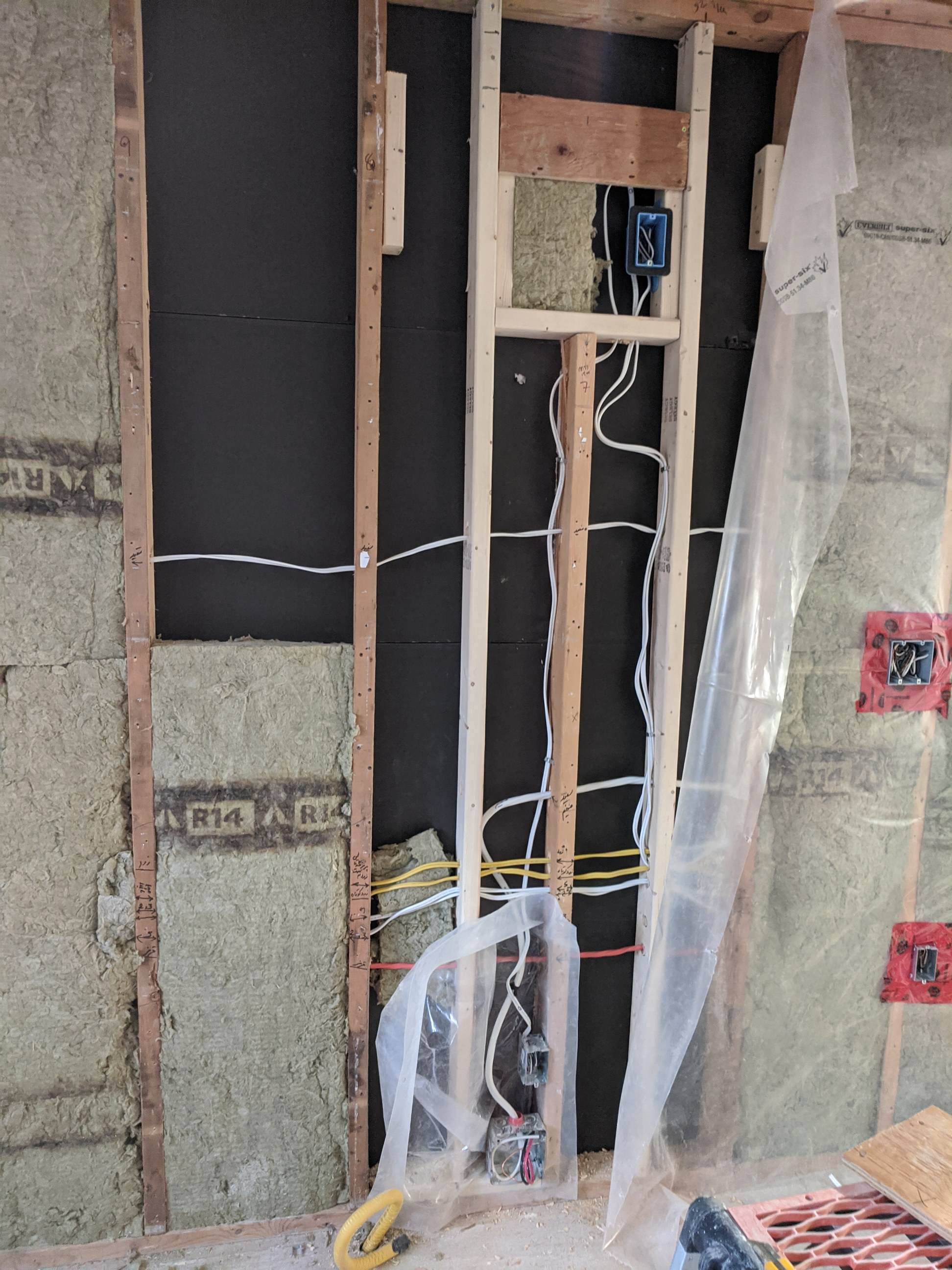 The problem you have, is that two 2x4 turned on side (as you propose) will be exactly 4" thick - which is the thickness of the other 2x4 studs - which means there is no space for the wiring. Given that you only need to create room for a 6" exhaust, I think you can go for a much simpler approach:

This may not be exactly to code, but it seems to me that the load on the two replacement short studs are unlikely to be much more than the load on the original stud, so the remainder of the remaining stud can take it. The biggest concern is if the loads on the two are very uneven, so the horizontal beam tends to turn.

Doing it this way, avoids having to interfere with the mess of wiring below.

Not the answer you're looking for? Browse other questions tagged vent studs load-bearing cutting hood or ask your own question.