Removal of light switch. Power only to front light, no power to outlets or anything else

We wanted to install a security camera in the front porch and as a component of that we needed constant power to the front door which is currently controlled by a light switch.

That light switch was 1 of 3 and was the right most. The middle was a 3 pole switch and the third was a regular light switch. We removed the first switch by connecting the hot and line switched to each other. There was what we think is a ground attached to the side of the switch but when it was all completed. Only the front light had power. All the rest of the outlets and switches in the circuit had none. Any ideas where we could have gone wrong?

Image of the switch we removed and its wiring 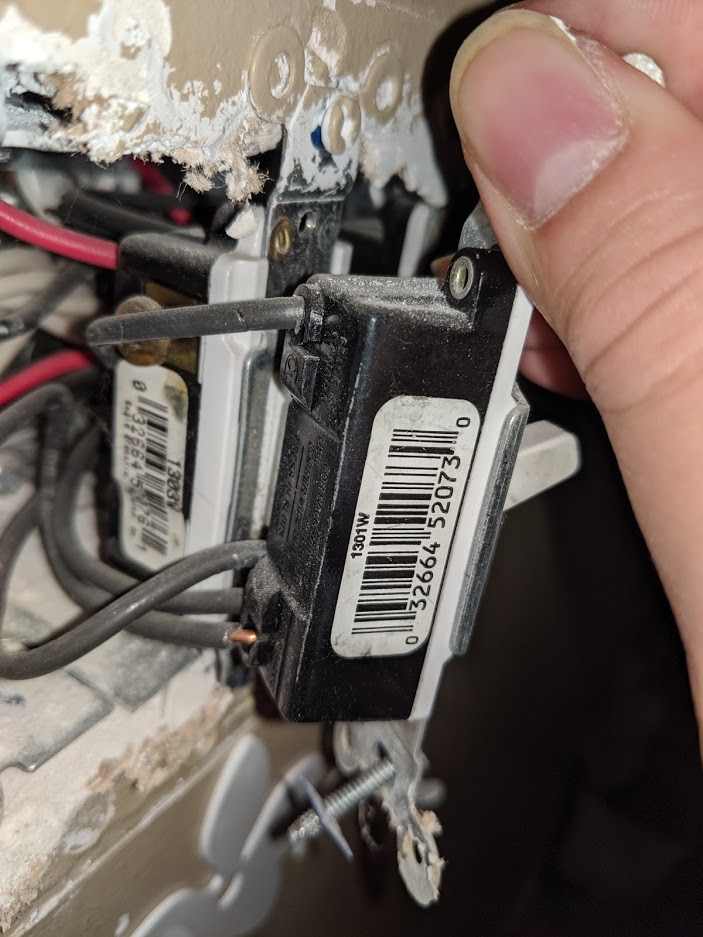 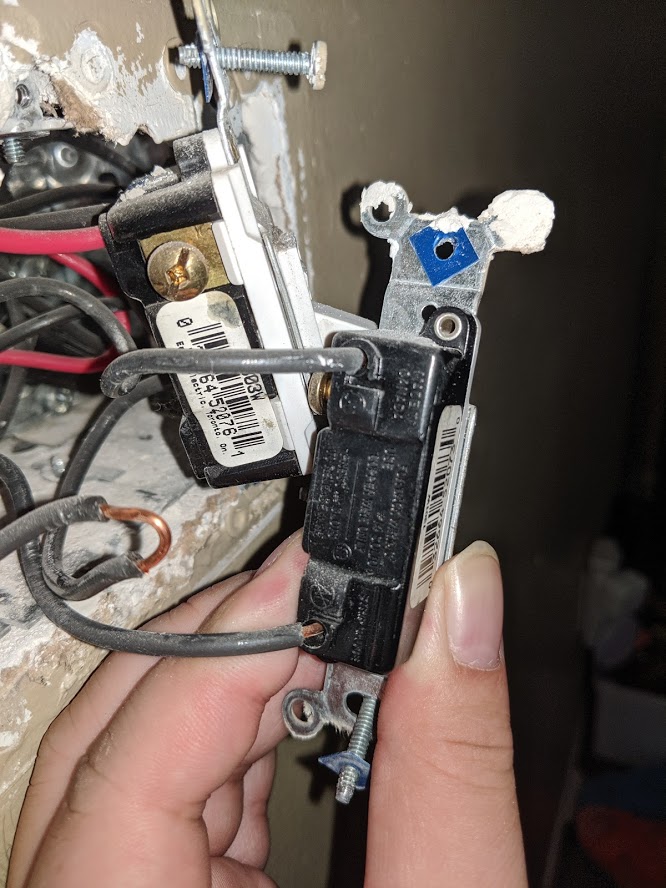 Wiring of the adjacent switch 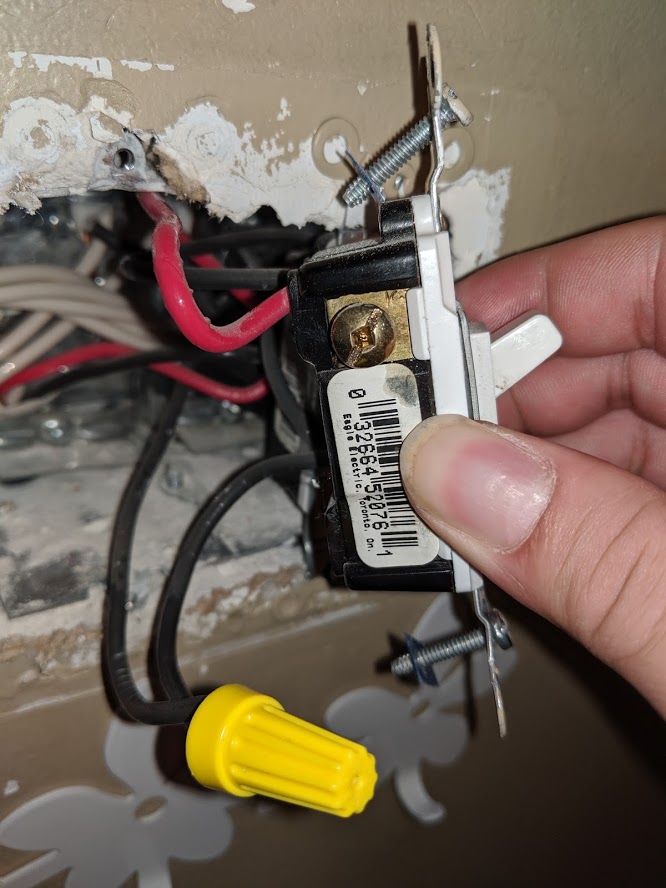 That wire that you think is a ground is the feed to the other switches.The screw terminal and the backstab are the same connection. You need to turn off the power, cut that loop wire and strip both ends and hook them to the other two wires you have already connected. Use a red wire nut. You could probably simplify the black wiring but the pictures don't show all of it. Good luck

Your problem is that you didn't get all the wires

Your issue is that there was more wiring branching off from the always-hot feed using the switch itself as a junction point; not only was there an always-hot wire coming into the switch via the backstab, the matching screw played host to two always-hots that fed other things by using a middle-looped wire. When you removed the switch, you left that onward feed unconnected, which is why stuff stopped working.

Fixing it is as simple as cutting that onward-wire in half at the stripped portion, stripping the ends sufficiently so it can be nutted in with the other two wires that went to the switch, and incorporating the two ends into the wirenut junction that replaced the switch, all with the circuit turned off at the breaker of course.

The most basic thing you should know is grounds are always green, yellow/green, or bare. Any such colored wires are always grounds. And any wires not colored that are not.

So that trick of treating some black wires like grounds "because grounds must be there" was definitely a thing you don't ever need to do again.

There are often more wires than you expect

It is very common to have so-called "extra" wires from what you might expect. Because the switch designs, and all the diagrams on the Web, assume that your project is the only thing in that box. Whereas many projects involve wires carrying power to onward loads, not least, other switches.

So you must look at each switch carefully. Count the number of screws (other than ground screws, which are which color? Green.) Any time you see backstabs, look closely at which screw it is nearest. Backstabs are almost always wired electrically to that nearest screw.

2
Should I be concerned about power leakage through a Z-wave switch?
5
How do I replace a single pole light switch with a programmable timer switch?
0
Measuring only 71 volts at light switch
0
Adding constant powered outlet to existing switched circuit
1
Adapt Porch Light for Power over Ethernet (PoE)
0
Removing a light switch cuts power to my entire room. Breaker not tripped. Smart Switch Install
2
Swapped out light switch and now WIRES have no power?
0
How can you keep constant power to lights by removing switch but still keeping power to the switch?
1
What would be the cleanest way to wire a wyze security camera from a light switch in a staircase?