How does one properly seal a celling vent of a forced air hvac system?

This room is on the second of two floors in a residential building. The second floor HVAC system runs through insulated rigid ducting in the attic space.
The room in question seems to have had condensation issues in the past (dark spots were on the windows, and see attached image of ceiling vent to be replaced).
It looks like someone previously tried to seal around the edges of the drywall of a ceiling vent (see ceiling image attached).
According to the owners, it was unoccupied for likely several months, but less than a year at one point several years ago. During the time the building was unoccupied, it's not known if the HVAC was functional or not, but the concern is high temperature fluctuation.
This building is in Southeastern North America, in an area that is regularly humid.
The vents in this room are already being replaced.

How should one go about sealing the area around the vent hole in the ceiling, specifically to reduce the likelihood of returning condensation on the future? 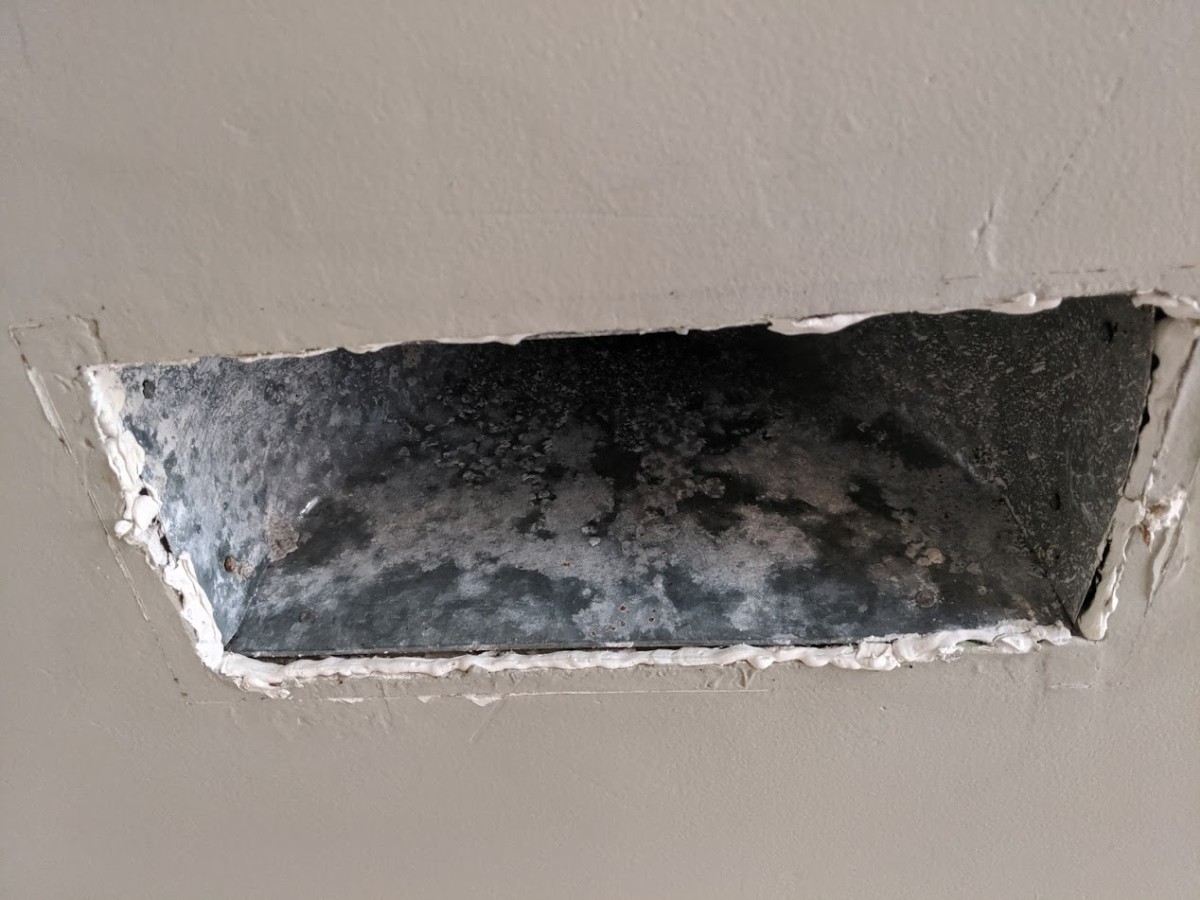 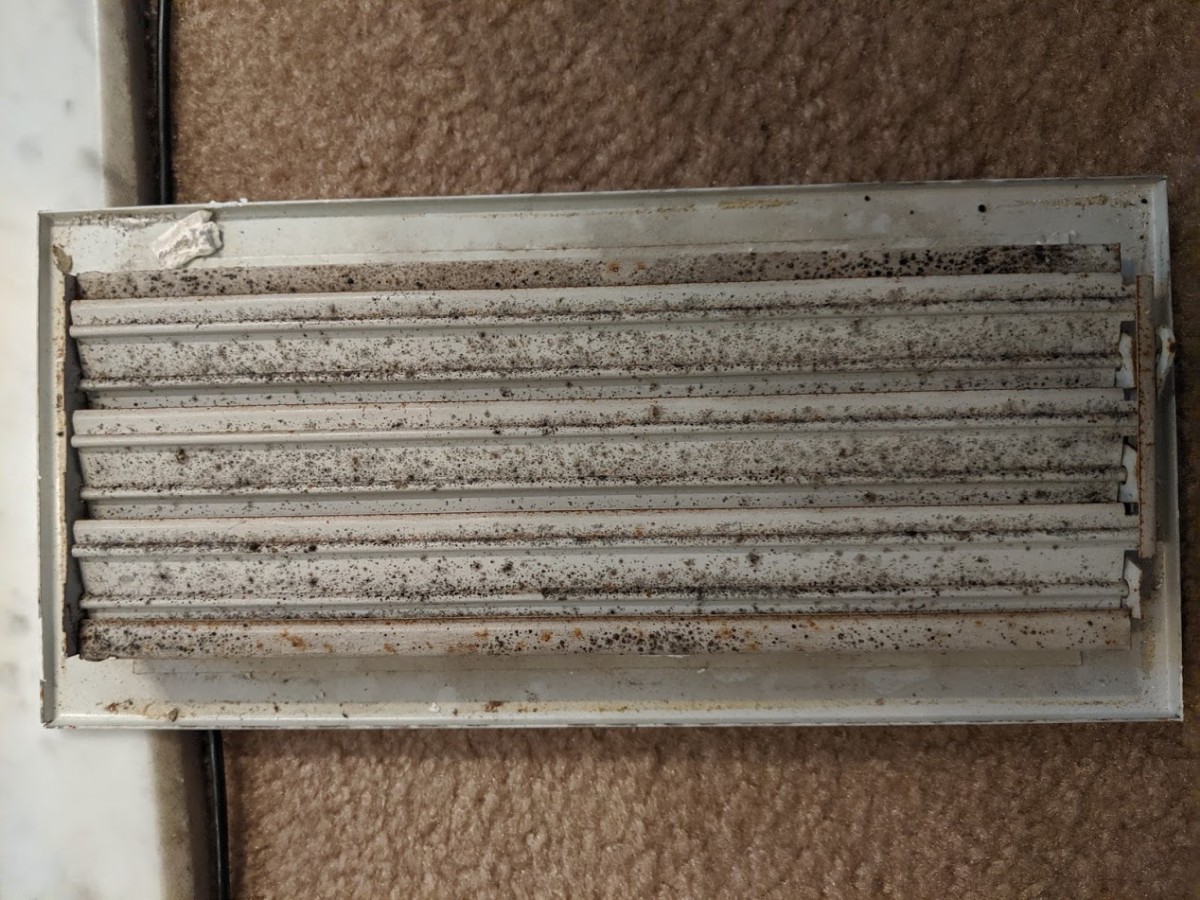 All my registers have a black foam strip around them, like the foam weather strips you can get at your home store. The strips are about 1" x 1/4" by perimeter of register.

There are really two problems here:

Not the answer you're looking for? Browse other questions tagged hvac ceiling vent ventilation sealing or ask your own question.

0
Is it proper to install a ceiling vent for HVAC if it blows on the windows in the “open” position, but not in the “closed” position?

7
Is there any legitimate reason to have a direct vent between utility room and attic?
3
How to avoid water build-up in bathroom's passive ventilation shaft?
26
How to improve HVAC system to make upstairs rooms more comfortable?
0
HVAC one unit Residential system dual zone forced air
2
Should I open my AC register in the basement to help with condensation?
0
Adding a return vent to a hot office
0
Furnace/HVAC issues in new build