How directional is LED strip lighting (with a diffuser)?

Background: My pantry (~ 2' deep, 4' across, 8' tall) consists of a bunch of shelves that are 1/2 the depth of the pantry. It has one of those old white pull chain porcelain fixtures on the ceiling with a bare light bulb. I have an 800 lm LED bulb in it and it satisfactorily illuminates all the shelves. I think the bulb is pretty much omni directional so light bounces all over and given the shelves don't extend the full depth, it allows everything to get illuminated.

Well, that bulb is pretty ugly. I could replace it with a globe fixture, but I wonder if strip lighting would yield something cleaner (plus, it's "cool" and maybe I could use that extra space if the bulb wasn't there).

I'd like to mount the strip on the ceiling just above the door (out of sight). My concern is how directional the lighting is. I don't want to mount multiple strips pointing in different directions because that would probably be too bright (unless I dimmed) and it wouldn't be that "clean". I found one post that mentioned a 140 degree angle coming from the LEDs which I think would be OK, but I think that's without a diffuser. I'm pretty sure I would want a diffuser to avoid shadows (and it should help reduce directionality of the light). However, to use a diffuser, I think I would need a housing/channel. I'm worried the sides of the channel would direct the light too much, unless I can find one with a very low profile (low sides).

I don't want to mount strips down each side--I have stuff hanging off the sides that would block the light.

I thought about strips on the underside of each shelf, but they're so packed with stuff, the lights would be blocked and/or it would reduce storage capability. Also concerned about glare from lights shining directly in my eyes.

Does anyone have any experience with this? I'd like to avoid trial and error.

I just did the same thing a few months ago and it turned out great. I routed a 1/2" channel at the back of the shelves so the bulbs wouldn't be seen. The color of the walls is important as well. You don't want to reflect the light, but you don't want to necessarily absorb all of it. A few coats of a flat or eggshell saturated relatively dark color work well. 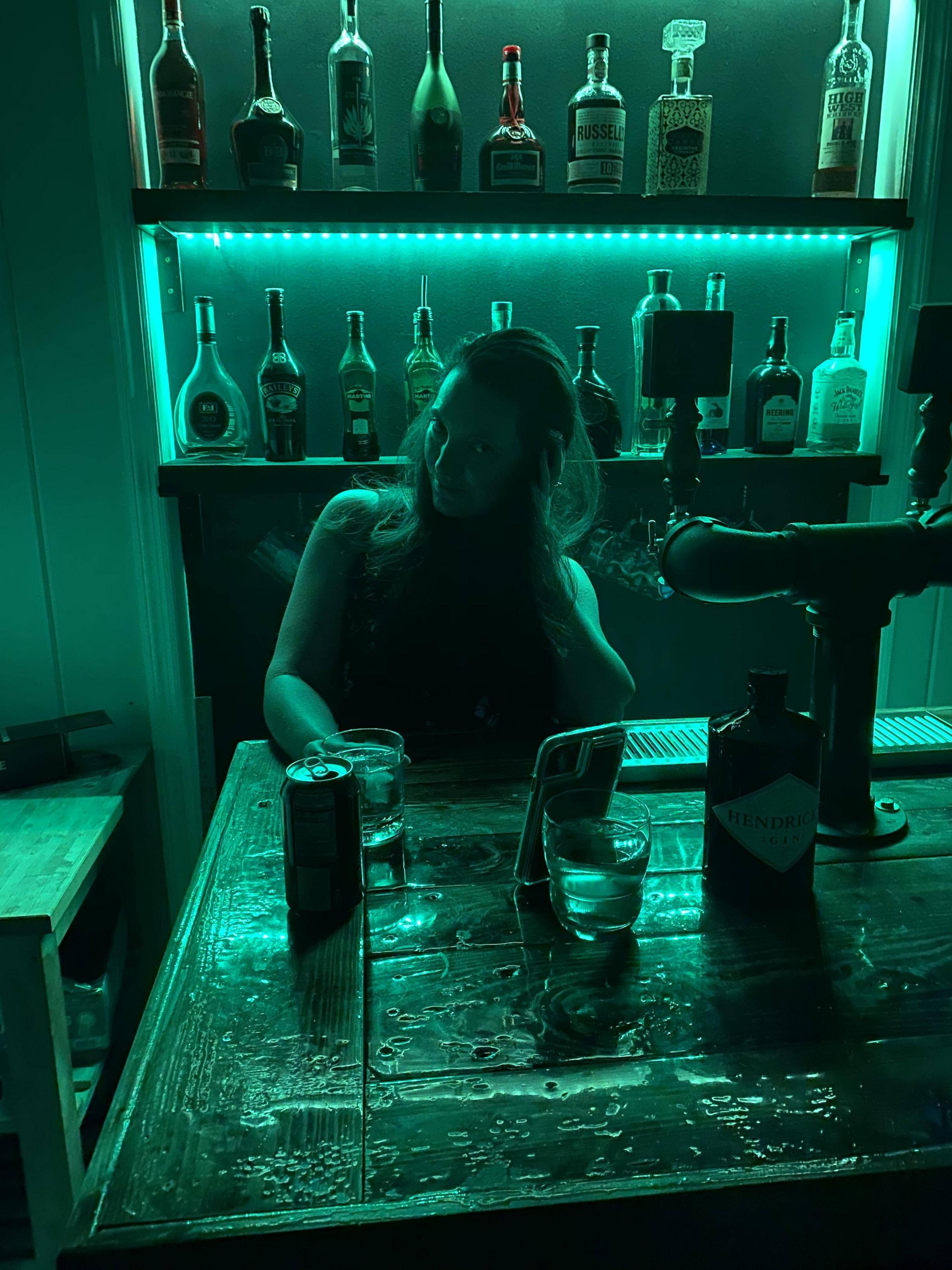 Even without a diffuser, the light should spread pretty well. With a diffuser, I would expect it to be fine.

For some time, I had a strip of LED tape used as the light for an under-stairs area. I powered it with a switched 8-battery AA box. The light was at least as even as any bare bulb would have been, probably more even.

(The battery-powered approach was a little dim, probably not good enough for a pantry, but it was easy and didn't require me to figure out any line-voltage wiring :) ).

In my experience, "too bright" is not generally going to be a problem with the LED tape. I find the quality of light to be good, but never overwhelming. In any case, you can tailor the installation by choosing LED tape with the appropriate chip density for your needs. Densities of 60, 120, and 240 per meter are readily available.

That said, a single strip mounted over the door would probably provide sufficient lighting. Assuming you're mounting on or over the top of the door jamb, I recommend using a 45-degree channel for the mount, to aim the light down into the space.

Yes, an LED strip would work, properly size for the 4' width of the pantry and the brightness you want. The LED, located at the front edge of the pantry, should not create any more shadows than the single light bulb. In viewing your objective of a "Clean" look, This would take a lot of effort for the clean look in reviewing all your requirements. The light socket above would have to be converted to an outlet for the LED adapter to plug in, you would still have the issue of the wire running from the "outlet" to the beginning of the LED strip. So you would still see all the wiring for this setup. A "clean" look requires a lot of thought of do you want to pull wires on top of the pantry/ceiling or wiring channel around the edge. Also where would place the power brick, depending on the brand of LED-Power adapter you selected.

If the power adaped is not on the end of the plug, you could put the power brick in the corner, where at 8', it wouldn't be seen. so you only have to deal with seeing the wire from the outlet.

8
Is an LED light strip safe to use under a bed?
4
What do I need to know about LED strip lighting?
3
Hardwire or plug in for LED strip lighting?
2
What is proper way to wire hard wired LED strip light power supply/controller/driver?
0
Room lighting using LED strips only
0
How can I hang Christmas lights on eaves with no soffit?
1
faint led strip glow with negative voltage levels when turned off