The city recently told me I need a new cover for a sewer vent on the sidewalk. The cover looks like this: https://www.homedepot.com/p/NDS-4-88-in-x-4-88-in-Perforated-Sidewalk-Grate-BSB-CP-RTL/203262583

However I noticed the screw holding the previous cover in place has snapped off in the holder, as seen at bottom here: 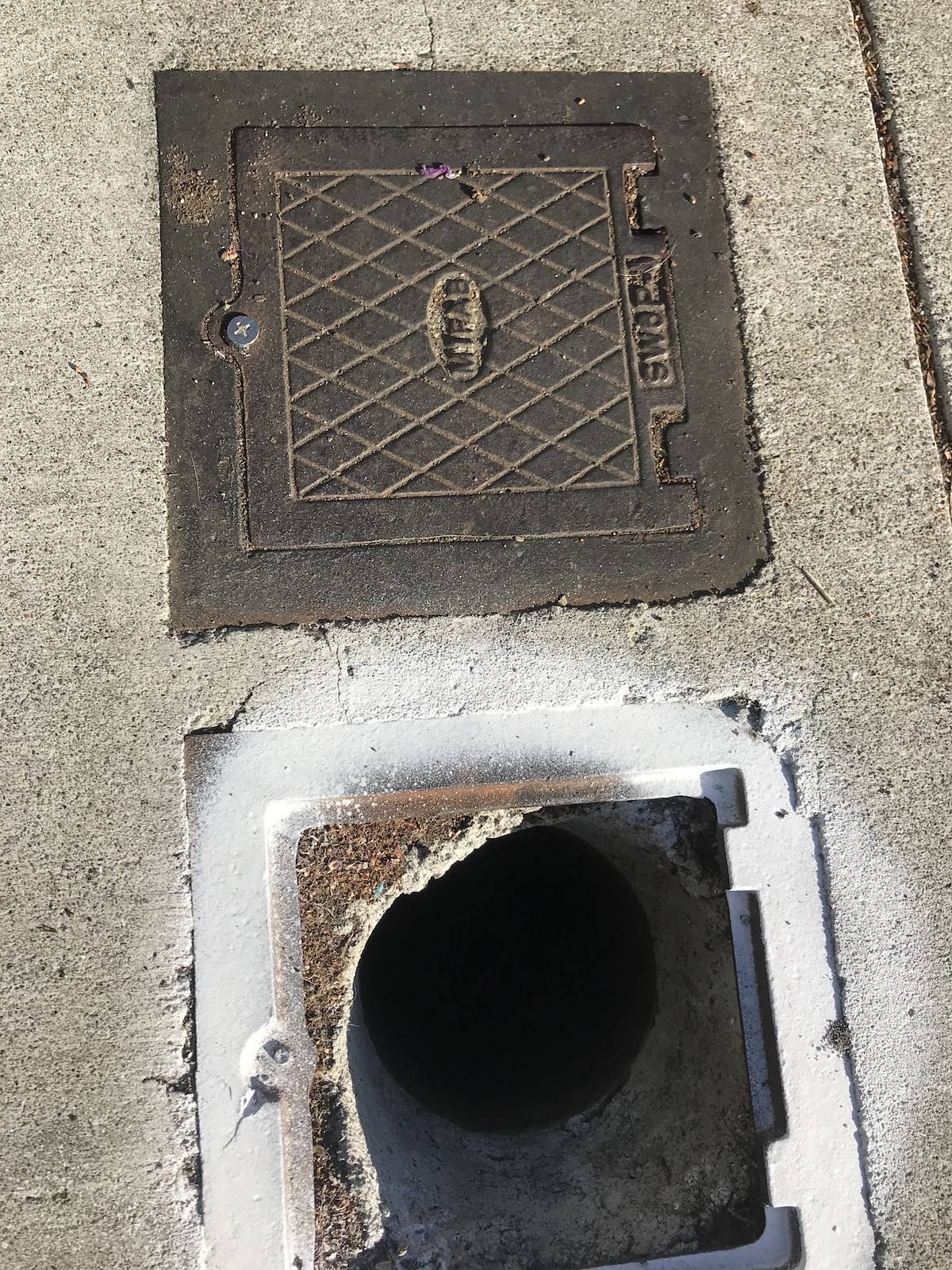 Is there any hope of getting that screw out or am I going to have to take out the entire holder?

First, you can try to douse the area liberally with a penetrant to remove any rust and corrosion then grab the screw with a pair of locking pliers and twist it out. Rather than pliers, you can try to use a screw extractor bit (easy-out), but that almost looks too small for that to work.

If that fails, the screw can be drilled out and the hole can be rethreaded. Really what you would be doing is drilling with the proper size bit for that hole and threading with the same sized tap to remove the remaining screw rather than cutting new threads. If that fails you can simply rethread the hole for the next largest screw.

The main point is you have a few options here, and you really shouldn't need to replace that piece.

You should be able to grab it with a pair of Vise-Grip (locking) pliers and twist it out.

My preferred technique for removing a rusted and snapped-off fastener is extreme heat. I accomplish this by welding a new nut to the top of the stud. The heat causes the metal to expand which breaks the corrosion bond between the stud and the surrounding metal. (Why doesn't heating the stud cause it to expand and bind in the surrounding fixture? I don't know. Maybe the expansion isn't so much as to cause binding.) The newly attached nut gives a shape that's easy to grab with a wrench -- much less chance of slipping as compared to locking pliers on the broken stud.

Choose a nut that's big enough to slide easily over the stud. There's no scale in the photo but I'm going to guess 5/16" or 3/8" would do for this job. Position it so that the stud rises no more than half way through the nut. Build a molten pool on top of the stud, then pull the weld pool over into the nut and fill until it's plugged. I use a MIG for this because it's what I have. I think TIG or oxy-fuel would work but stick welding would be challenging at this scale.

Helpful tips: Bring several nuts. It's easy to get the nut filled with weld but have poor penetration/fusion with the stud, so it may take a few tries. Pre-soaking with a penetrating oil could help, but if you do, you'll have to clean the surface with water and detergent, alcohol, etc so that the oil residue doesn't spoil the weld.