Why do LED lights get brighter when adding additional lights to the dimmer circuit?

I just installed new recessed lighting in my finished basement, wiring 4 fixtures with dimmable led bulbs to a dimmer switch. Additionally, 2 of the fixtures are on their own standard switch after the dimmer so that I can turn off half the lights on the dimmer circuit when desired.

Everything works as intended but I have noticed a strange phenomenon. Starting with the secondary switch off so only two lights are on, and the dimmer switch is on a low setting, if I turn on the second set of lights, the lights that were on originally get noticeably brighter when turning on the second set, and then all 4 are at the same brightness.

Does the effectiveness of a dimmer switch reduce when more lights are added in parallel to the dimmer circuit? The answer seems to be yes, but why? 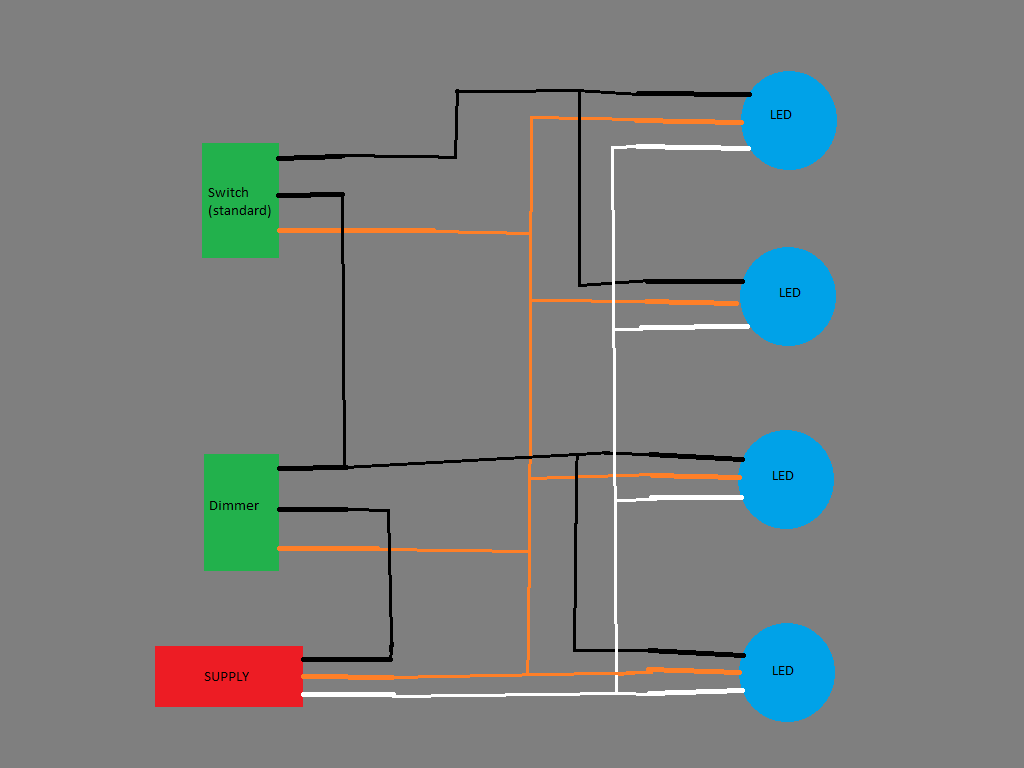 Because LED dimming is a black art

Original dimming was designed for incandescent bulbs. In fact, most dimmers count on incandescent bulbs, because they leak power through the bulb to power themselves, and this takes advantage of an oddness in incandescents that they are practically a dead short when unlit.

Here's how dimming works. The first one (autotransformer) is also called a variac, and those are huge, heavy and expensive. So dimmers use silicon switching technology (a primitive kind that was possible in the 1960s). These use every trick to provide dimming optimized for AC incandescents.

Most LEDs use switching technology in their internal power supplies. Switching supplies consider dimming to be a power defect which they try to correct, and they draw more power while it's on to sustain the light while it's off. In other words, they're pretty good at defeating dimmers.

So how does one dim an LED? The LED has to actually "listen" to the incoming power, reverse-engineer what the dimmer is trying to do, and set LED brightness accordingly. It's quite a little trick.

But did I mention dimmers are optimized for simple and cheap, and are powered through the light bulb? Well, when you change the number of light bulbs, you change the impedance of the light bulbs the dimmer is working with. Since it's relying on that flow-through, I'm not surprised that changes its brightness.

There are several schemes for dimming things generally: 0-10V dimmer control comes to mind. However, LEDs (the emitter not the screw-in incandescent replacement) are well suited for another dimming method: PWM. Both methods do not care how many lights are on the circuit. However they require new fixtures. You can't do either one with screw-in Edison sockets. And why would you? The LED emitter will outlive the fixture, so why does it need to be changeable?

Not the answer you're looking for? Browse other questions tagged electrical led dimmer-switch or ask your own question.