Shingling detail for hip and ridge

Got a few nitpick questions about the finishing steps when shingling a hip roof and the hip ridges and main ridge. Worked beside a pro and he would shingle towards the hip-ridge and then came back later and cut every shingle about 3/4" back from the very point of the hip-ridge. He also top/face nailed the edge of each shingle on the top part of it likely to help keep it flat before installing ridge cap.

Is it acceptable to have the shingle cut that far back? Meaning before the ridge cap goes on, you can see all the way to the osb roof sheathing, or to the underlayment in places he didn't slice thru the underlayment? I'm talking probably a 3/4" to 1" gap between each plane of shingles as they butt into 45 degree part of the hip-ridge.

Next, is that nail on the top of the shingle at that edge okay? I know the ridge cap will definitely cover the nails, but it seems like a point water would get in. Maybe not.

Lastly, he didn't get far enough to do any ridge cap. I've watched several videos but none really on the hip-ridge. If I start on the very bottom of the hip-ridge, I assume the first cap will need cut so that it's edges don't hang past the drip edge. Is there any tips when it comes to laying this? So far I've picked up that I'll need to snap a line to keep it straight, and only use one nail on each end of the cap about an inch from the edge, and that when I terminate it, I'll need to cut one cap just above the nail line, flip it 180 degrees so that the sticky side is towards the end of the ridge, and then cut another cap so it's just the shingle color side, and facenail it with tar and granuals for cover. Also when the two hip-ridges come up to the main ridge it looks like I'll need to custom cut some of those to make it lay right.

No problem with how the main shingle run is cut back. I think his idea is that it make 3 places that ease the cap over the ridge rather that trying to do a "hard" corner. If the temps are cooler where you are the ridge cap shingles may crack over a corner that is abrupt.

You are correct about the chalk line, use blue chalk or another non-permanent color, that washes off with the next rain. Do not take for granted that a 12" wide cap will finish off so a chalk line at the 6" mark will be even. It most likely will not. Try 2 shingles with no nails in place to get where the chalk line really needs to be. I ask you use 2 shingles because 1 shingle all by itself with no line to go by can go crooked without realizing it and if you set your line by that, the caps may be off centered. Two shingles help to square each other in a little easier.

When cutting the cap pieces unless you have specified cap shingles already on hand, (some makers provide precut cap shingles) and this also depends on if you have 3 tab or archtectural shingles, the kind that have extra pieces added to them to make them look ore rustic. The latter shingle I think hast the precut caps. If you have 3 tab shingles, typically the caps are cut from scraps and left over shingles. The trick I do with this type of shingle is angle the top part of the shingle that is covered by the next shingle to be laid about 1" or so back at an angle so the upper edge of the shingle is hidden by the next one. It makes a cleaner install. 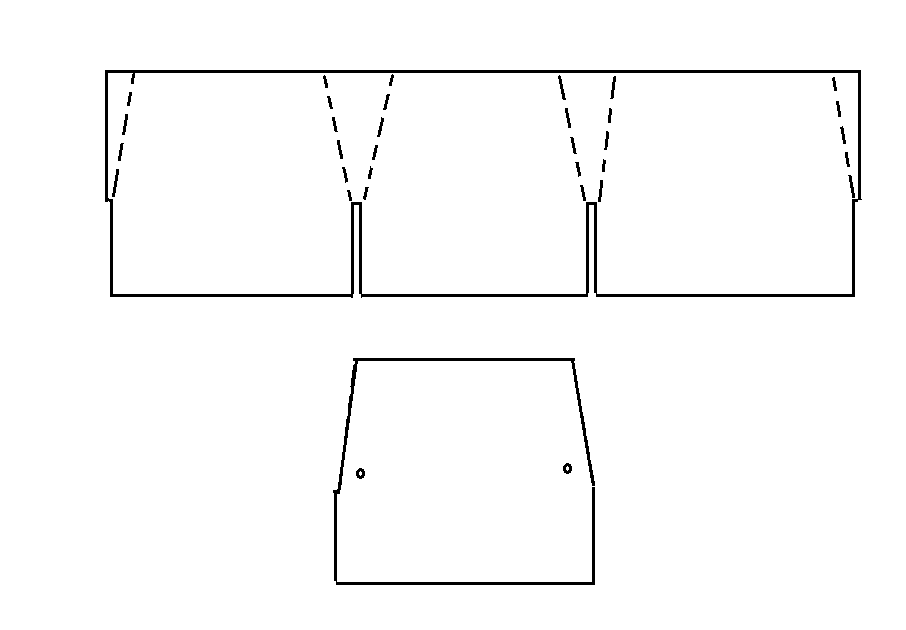 Not the answer you're looking for? Browse other questions tagged roofing or ask your own question.

0
How to lay of underlayment for a cedar shingle roof
1
When should I consider using Plastic Round Cap Roofing Nails?
0
Should I fill in 15-20 nail holes in my roof underlayment? If so, how?
3
How can/should I repair this roof damage caused by a fallen tree limb?
0
Cedar shakes/shingles for bird feeder
1
Roof mount a schedule 40 PVC pipe, looking for angled/adjustable roof flange
0
Can I install a ridge vent on simple truss shed roof (no ridge beam)?
1
Roof loaded with shingles over ridge - should I demand they be replaced?