I had two black wires, one red wire and two white wires coming from the ceiling (I suspect there used to be a fan with a light). In the switch box, there was a black and a white wire (with a green ground wire).

I wanted to install a light fixture so I tied the red wire (which I discovered was the constant feed) and one of the black wires (which I figured extended to the switch) together in the ceiling with a nut, the two white wires and the blue wire from the light fixture together and the remaining black wire with the brown wire from the fixture.
With a regular switch, everything works fine: lights turn on and off. With a fried dimmer (the switch part works but not the dimming part), everything works fine (except the dimming of course): lights turn on and off With a new dimmer, nothing works: lights don't turn on. I know the dimmer works because it works in another location just fine.

How come? Does a fried dimmer act as a regular switch?
Can I even use a dimmer with that configuration? Did I wire it wrong?

If I attach my light fixture to the black and white wires which are in the same cable as the red one (leaving the red one with a nut by itself), the light works with a normal switch. It does not with a dimmer.
Any other configuration of white and black wires tied to the fixture won't work.
Initially I had tied the red and one of the black wires together but that does not seem necessary to turn on the lights with a normal switch. However, the problem remains the same.

I don't understand why a normal switch would turn on the light and not a dimmer... 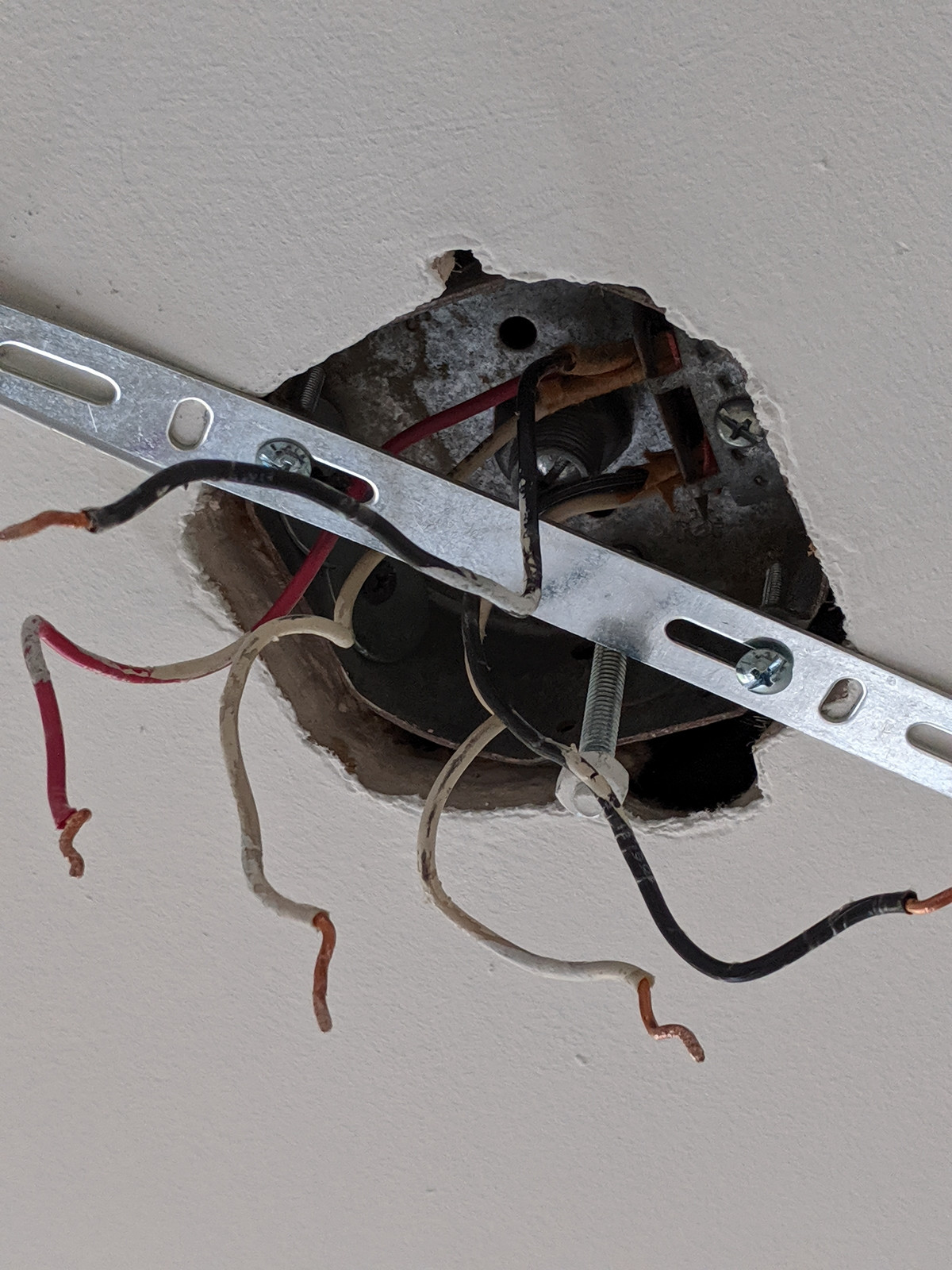 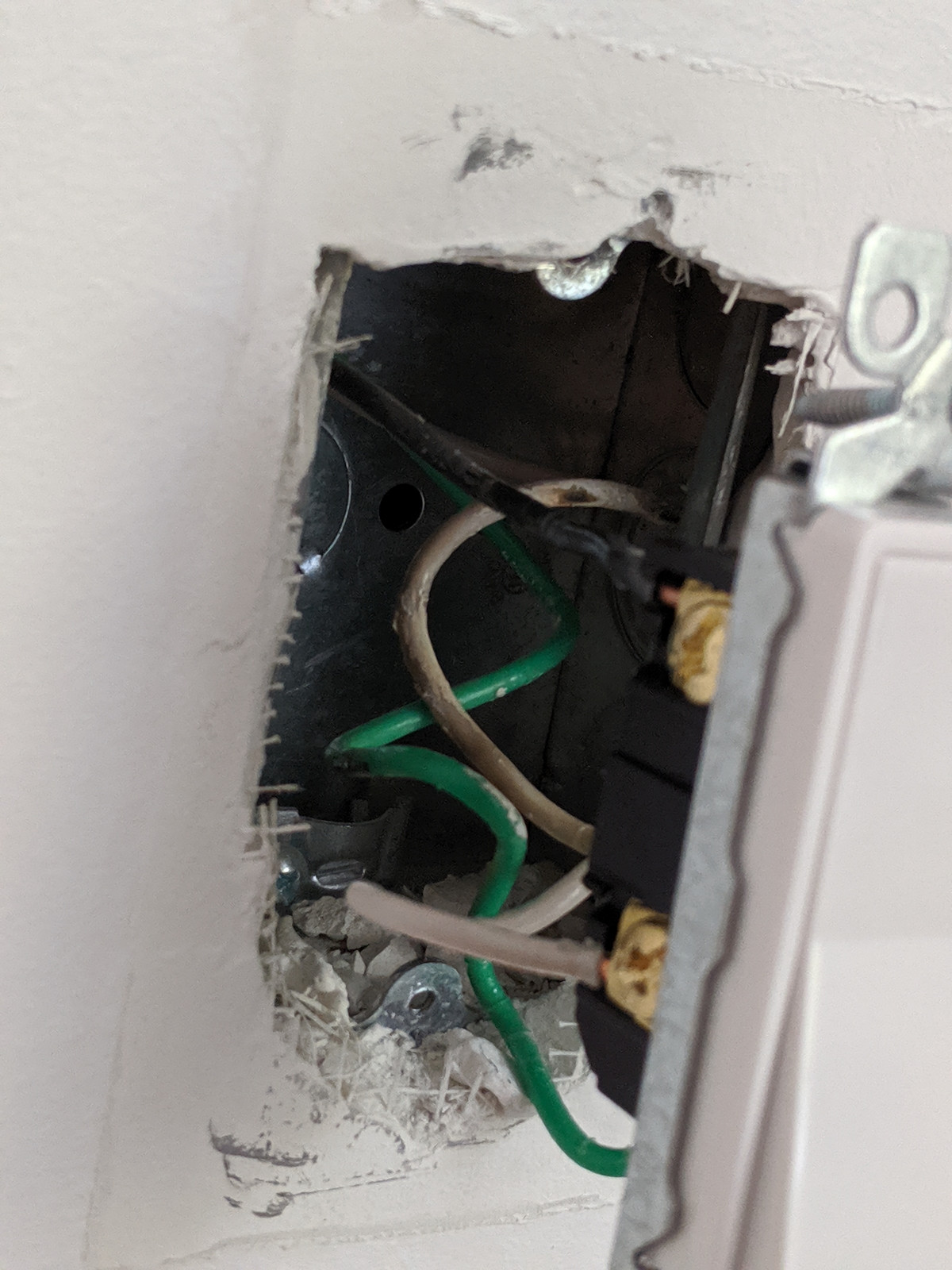 Try swapping LINE and LOAD on the dimmer

Older analog-triac dimmers were like single pole switches in that they didn't care which way around in the circuit they were connected. However, you have a newer dimmer that is more sophisticated (and has to be, in order to dim LEDs properly without a neutral reference), and thus cares about the distinction between its LINE side and its LOAD side; in your case, the black screw is LINE, and the red screw that isn't covered by the label on the dimmer is LOAD.

As to the wiring in the ceiling box, the white wire in the /3 cable is neutral going to the fixture (the fixture's blue wire), while the red and black wires are always-hots, along with the black wire in the /2 cable to the switch box. The white wire in that /2 cable, then becomes the switched-hot returning from the switch in an old-style switch loop configuration, going to the brown wire on the fixture, and needs to be flagged with a wrap of electrical tape at each end as a result. Of course, all the grounds need to be connected together as well.

With the ceiling box wired as above, we then move to the switch box, where the black wire goes to the black screw and the taped white wire goes to the red screw that isn't covered by the label. The green screw, of course, gets connected to the grounds in the box.

Not the answer you're looking for? Browse other questions tagged wiring switch dimmer-switch or ask your own question.

28
Electric shock - was I stupid, unlucky, or a combination of both?

2
Why is there a one second delay before the lights turn on with this new dimmer switch?
0
Ceiling light won't switch off after replacement
5
Red wire to green? Old electric wiring circa 1949 to new dimmer
1
How is this 3-way switch circuit wired?
0
Light switch doesn't turn off lights
0
Added new light to circuit but it turns on when switch is off
1
Why is my new Legrand Radiant smart dimmer switch not dimming?
1
Connect Single 3-way Light in 3-gang Box (Lutron Caseta)
0
Replacing a on/off switch with dimmer