I am mounting the deck guard rail posts inside the frame before adding the decking. I have used deck framing connection hardware as suggested in the Simpson Strong-Tie deck connection guide.

One thing not clear to me is what to do when the post and connection hardware (e.g., joist hanger or angle bracket) interfere with each other? Do you space out the post to clear the hardware or do you remove the hardware so you get a flush fit, relying on the carriage bolts, blocking and tension ties to keep the frame together. This detail seems to be missing from all the online tutorials, diagrams etc.

For example, in the aforementioned, they showed one method for internally attaching guardrail posts using timber screws (instead of carriage bolts) and blocking, but they don't show any connection hardware such as joist hangers or a framing angle in the corner. The figure indicates that connecting hardware isn't shown, but they don't indicate either whether all other hardware is required, and how you get a flush fit with the post if the hardware is in place. 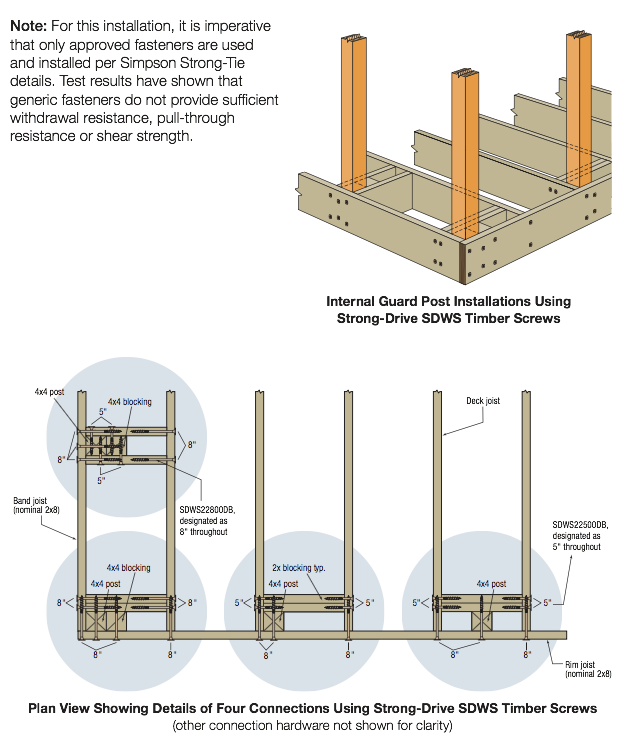 Their corner blocking layout does not appear to include an framing angle bracket in the corner due to how flush the post is (below). Does this imply the carriage bolts and blocking is enough to ensure structural integrity of the joist framing? 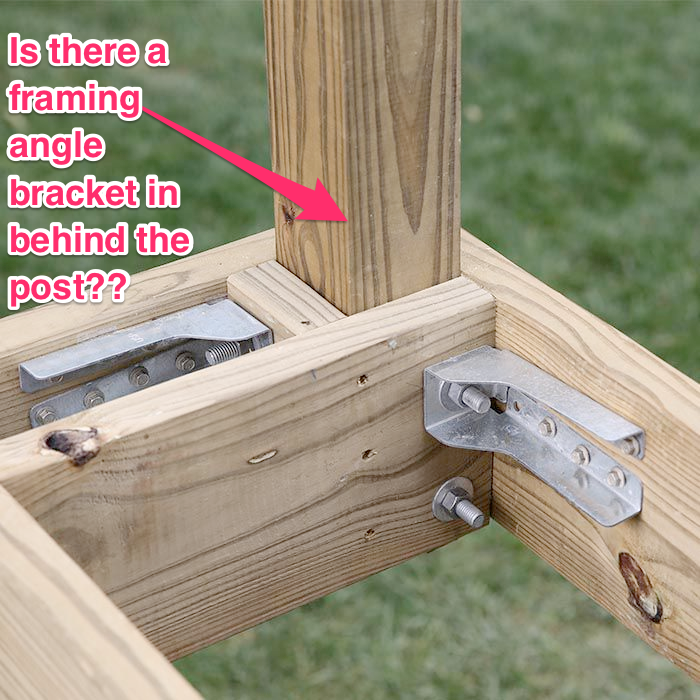 In Lowe's example of inner guardrail mounted on a rim joist, we can see at least half of a joist visible. Is it a half of a joist hanger? The toe-nailing slots on the joist hanger would have pushed out the post from the joist, but as you can see the inner guardrail post looks like it is laying fairly flush against the 2x8 joist. Is that just an optical illusion and the post is offset from the joist? 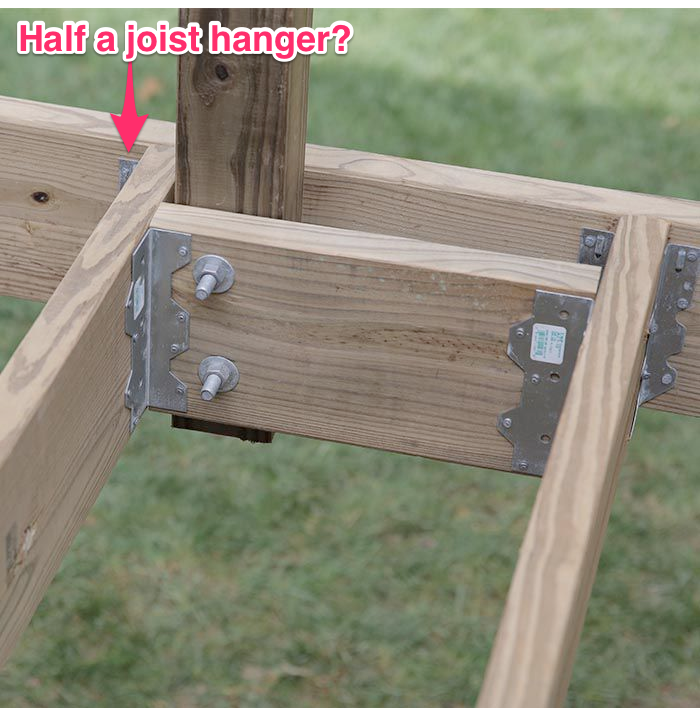 "Does this imply the carriage bolts and blocking is enough to ensure structural integrity of the joist framing?"

From what you show in the illustrations, yes.
The installation of the carriage bolts & blocking ensure the structural integrity, and, if you install them carefully, replace the function of the framing angle bracket.

Not the answer you're looking for? Browse other questions tagged code-compliance deck or ask your own question.

8
Can I use 4x4 posts as the primary support for a deck?
1
Can I use these post brackets to attach railing posts on top of decking?
2
How should I repair this poor deck rim joist connection?
2
Extending 4x4 Deck Posts
1
Please help - wonky post location on pergola - concerned with shearing and stability
2
Adding a pergola to my deck; ok to replace corner railings posts with pergola posts?
2
How can I anchor deck tension ties to solid brick?