Switching off dimmable LED flashes then switches back on

I tried to swap out a 70W 240V incandescent bulb with a dimmable 8.8W 220-240V LED. The switch is a dimmer switch, which probably has an old leading edge driver (the building is old).

This mostly worked fine; the bulb switches on to full brightness and can be dimmed (though not especially dim). However after leaving the bulb on for some time, it refused to switch off. The bulb would dim down to almost off, strobe at about 2-3Hz at low brightness for a couple of seconds, then switch back on to full brightness. After trying a few times, I have swapped it back to the old bulb.

On another circuit with the same type of dimmer, I swapped out a cluster of 3× 50W incandescent bulbs for 3× 4.7W dimmable LEDs with no (apparent) problems.

The dimmer switch is an unusual type which I haven't been able to find online: 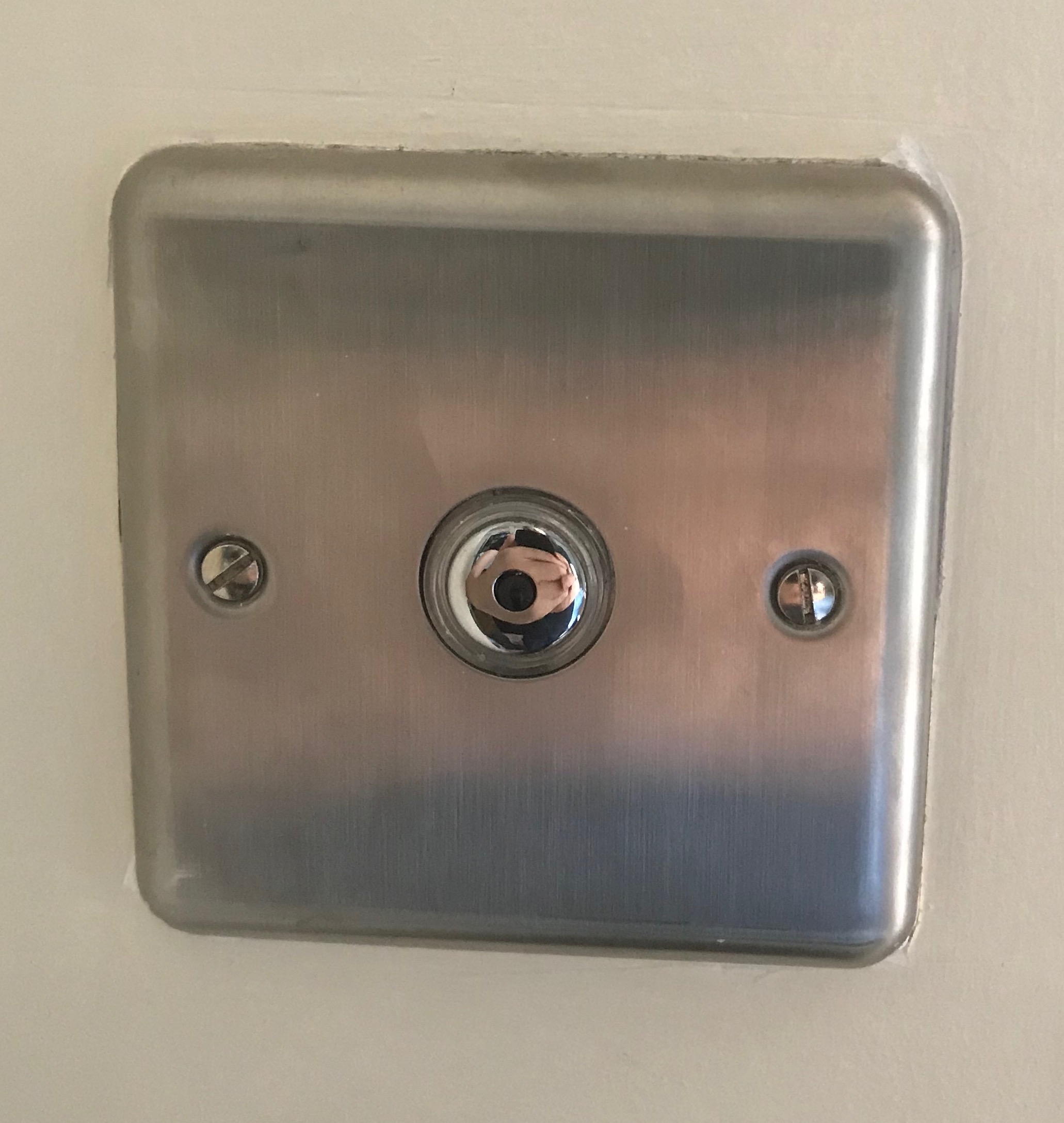 The black dot in the middle seems to be a rolling ball (the rest is immobile). It functions such that tapping acts as an on/off switch, while "swiping" a finger up or down changes the brightness. Even before trying an LED it sometimes behaved oddly (e.g. gradually switching on then immediately gradually switching off with no further interaction).

From what I have read, it seems that the new bulb is probably below the minimum wattage for the dimmer, but I'm trying to understand why it switches back to full brightness.

Will I need to get the dimmers replaced to make this work? Would a slightly higher wattage LED work fine?

This is the dimmer malfunctioning. Simple as that.

This type of problem can usually be managed in one of two ways.

Make sure it is be BSI-listed, TUV, ETL, CSA, UL, one of the proper testing labs who is recognized in your country (an increasing number are, due to trade treaties). Chimazon will cheerfully sell you dangerous rubbish with a CE or CCC label.

LEDs need a dimmer that is rated for LED’s thier current draw is so low old school dimmers usually have this problem. The on off function is probably capacitive “touch” the rolling ball is probably much like a mouse the ball drives the resistor (an encoder in mice).

Not the answer you're looking for? Browse other questions tagged led dimmer-switch bulb or ask your own question.

1
Why do LED lights with a dimmer stay dim and won't go bright again?
0
dimmable led bulbs won't work in dimmable fixture
0
Why won't my security lights turn off after I upgraded to LED bulbs?
0
Could switching from a dimmable to a non dimmable LED bulb have caused a light fixture with dimmer switch to fail?
1
Light bulbs won't dim
2
LEDs in a multi-bulb fixture only dim when installed alongside a single 60W incandescent bulb
0
Is it possible to get my existing dimmer switch to dim lights further?
0
Some dimmable LED bulbs don't dim all the way in ceiling fan