Why would there be an additional cable in double gang box for 2 light switches? 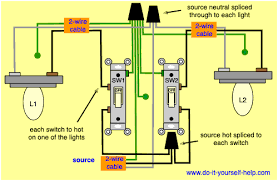 Since the Lutron faceplate is nonmetallic and noncombustible, the NEC allows for the green wire to be capped or removed from the dimmer switch (see dimmer switch highlighted notes) 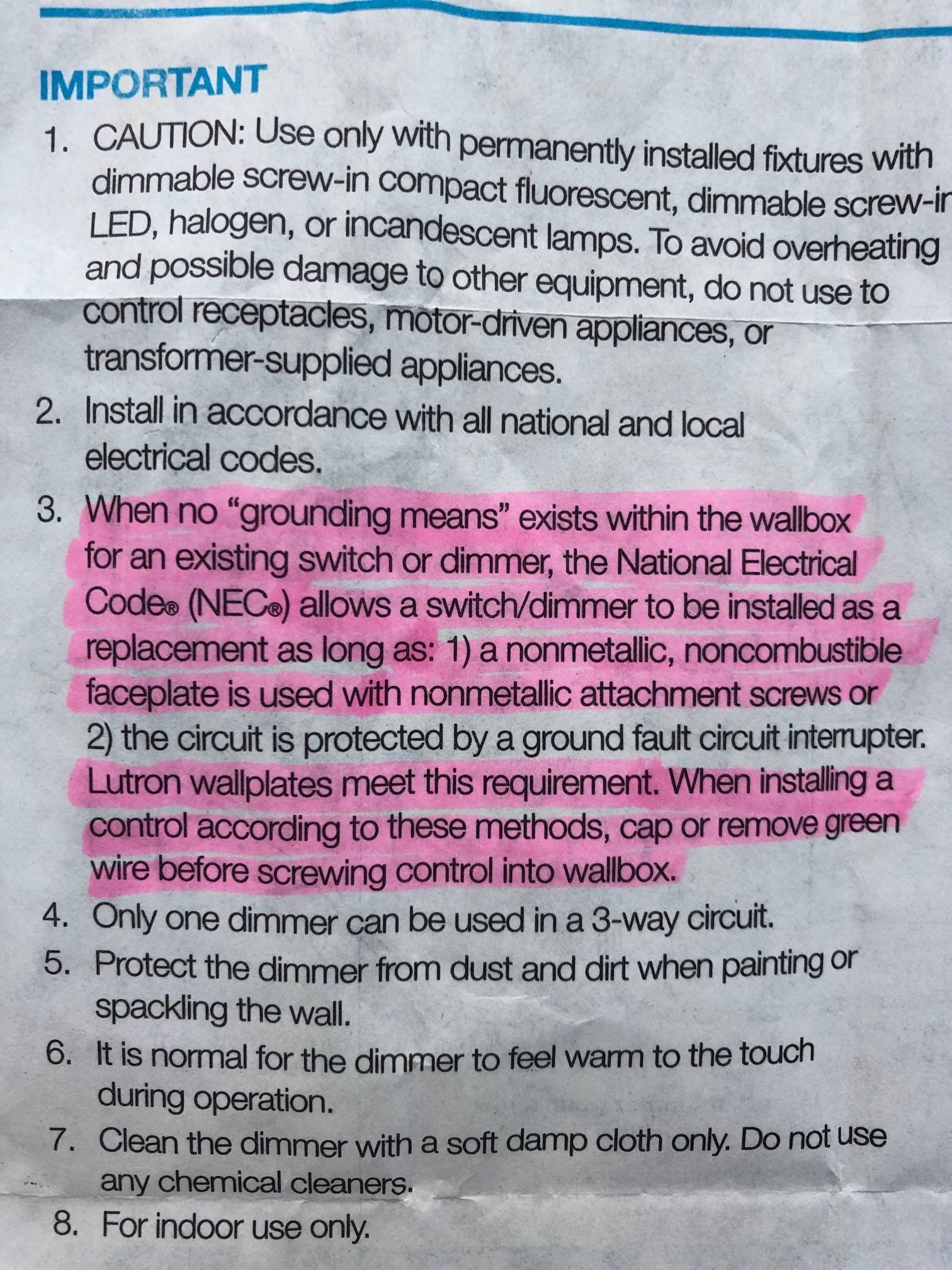 Those diagrams on the Internet (especially the annoyingly obsolete ones from that site) assume you only have one source cable.

And if you want to get technical, they aren't actually two source cables; one is really source and the other one is onward power to other points of use. However, we don't need to care which particular one is source vs onward, as it will be wired exactly the same either way.

I have seen boxes used as splices for 3-4 "source/onward" cables, and that is fine too (provided the box is not overfilled).

The only time we care about source vs onward is when we a) are installing a GFCI device, and b) we have a knowing, affirmative plan to use the GFCI to protect the onward part of the circuit.

On the ground wires, the applicable Code is NEC 110.3(B), which says you must install according to the labeling and instructions. If it says to ground it, ground it. Typically you splice all grounds to each other and to any metal boxes, however switches (not receptacles) can take their grounds via the mounting screws if the box is metal.

(note that the "splice em all together" rule does not apply to neutrals.)

4
Dimmer switches have no ground wire
0
Two dimmers (for two separate lights) in one junction box where there's only White, Black and Red coming out of the wall
0
Do all dimmers reduce max brightness of LED lamps?
1
Connect Single 3-way Light in 3-gang Box (Lutron Caseta)
1
Newly installed dimmer switch doesn't power off
2
Replacing older Leviton dimmer with new Lutron different wiring
1
What to do with ground wire in a double gang dimmer switch