In which direction do I unscrew this utility sink faucet to replace the washers?

This utility sink has a slow drip from the end of the spout. This should be easily fixed by replacing the rubber washers in the levers, however the phillips screws, shown further below, seem very tight. Would both screws loosen counter-clockwise, or would they be opposite? I was thinking of using a manual impact wrench (the kind you actually hit with a hammer) but I didn't want to break it in the wrong direction. 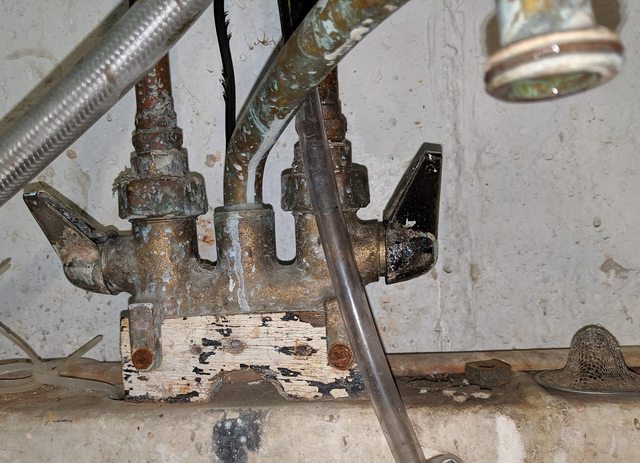 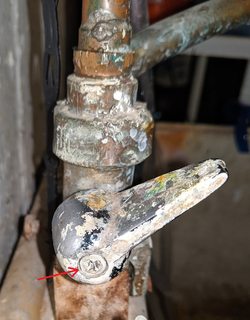 Update: I've removed the phillips screws, but now the part under the handle that I need to remove, indicated by the red arrow below (what's the name?) seems very stuck. Are these also both loosened counter-clockwise? 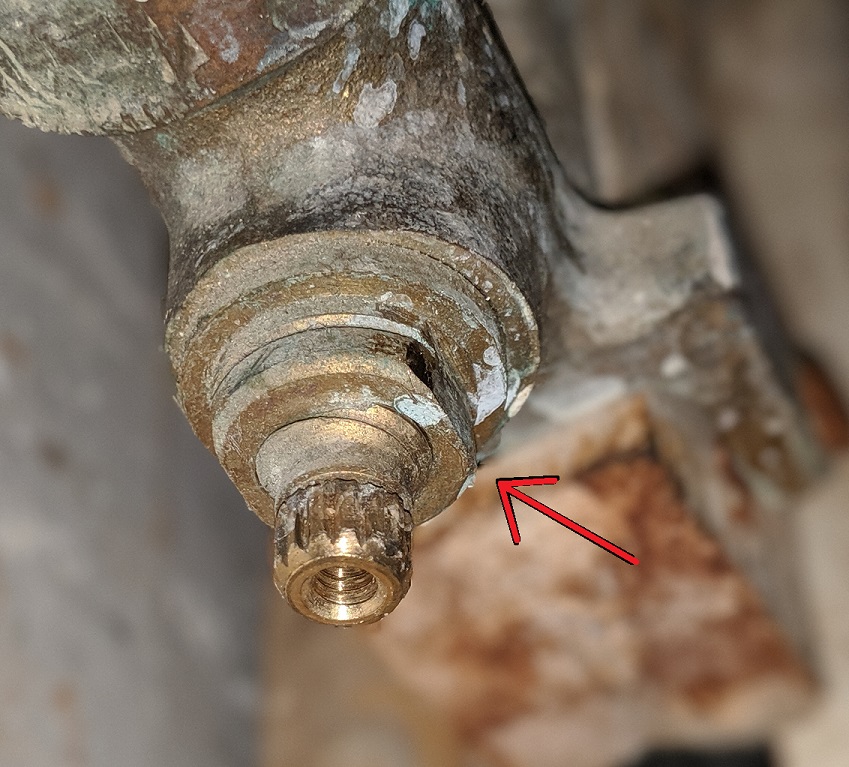 Bonus question: Sometimes the faucet leaks near the base of the spout (see red arrow below). Is that also fixed with a rubber seal replacement? Is that done by turning the hex ring near the arrow counter-clockwise? It's not easy to get a tool around it! 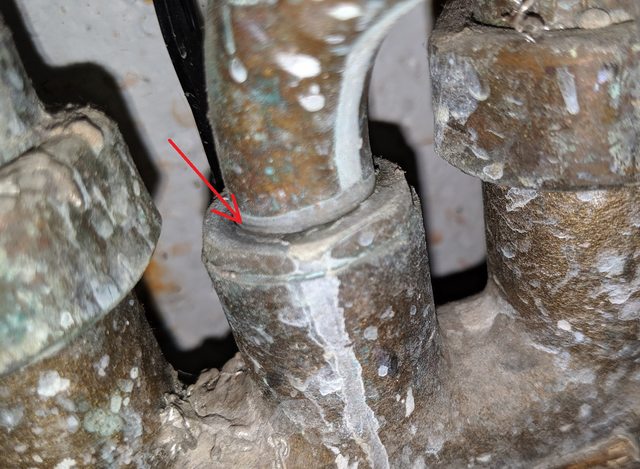 Both of those screws loosen counterclockwise. Spray some WD-40 on them and let it soak in for a bit. There is a washer or "o" ring at the base of the spout or in the base of the valve. hit that big nut with some WD-40 and turn it counterclockwise too loosen. you might have to loosen the supply nuts to get an adjustable wrench in there, a pair of Channellocks would just eat the nut up.

In addition to JACK's answer that both the screws on the handles and the [nut] things underneath loosen counter clockwise...

The screw that actually holds the rubber washer on actually loosens clockwise (reverse-thread)...At least the one for the hot water anyway. I still have to replace the cold side. See photos below for image of screw mentioned. 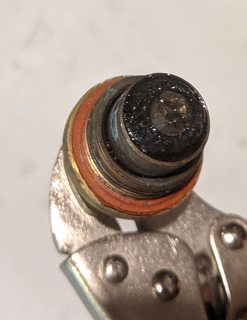 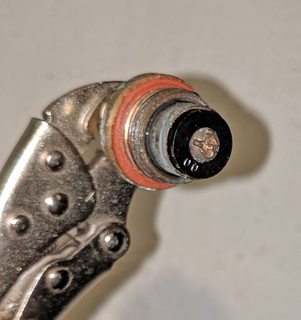 Not the answer you're looking for? Browse other questions tagged plumbing leak screws sink or ask your own question.

5
How can I disassemble this old bathroom faucet to fix a leak, without damaging the decorative chrome piece?
2
What's the best way to replace this sink supply line?
3
what is the brand of this sink faucet?
3
Specific name of this faucet / sink type
1
Painted double basin metal utility sink. Is this worth cleaning up?
55
How to avoid stripping screw heads?
1
Cannot shut off water from street valve
2
How can I unscrew this old bathtub faucet stem?
1
How do I remove the handle of this utility sink faucet?