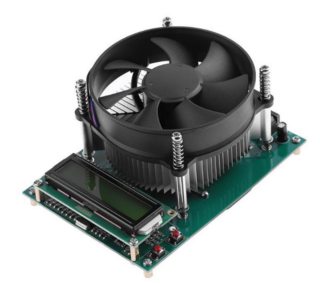 stay away from LED. I think halogen bulbs will be the most power consuming

buy many wire in parallel for higher load.

For testing, you can use normal 120V bulbs, just make sure they are the old incandescent kind. I would just connect a 60 watt bulb or two.