I recently bought a house with a gas fireplace. The house was built in 1997 in Texas. The fireplace damper is stuck open and I can't figure out how to fix it - I had a look and it doesn't appear to be rusted, which I've heard is the most common cause.

I have attached 2 photos - one where you can see the pole/pull attached (which I believe is the bottom of the damper) and the other which I think is the top of the damper. As far as I can tell there is a plate attached to the top of the damper which is getting stuck against a ridge/lip in the chimney. What surprised me is that it looks like maybe 1/4 of an inch worth of a lip that is blocking it - almost as if that plate was added to block it in the open position? There is also a strange clamp attached to that side, which I have no idea why it's there or if it should be there.

I haven't tried anything other than yanking down really hard on the pole/pull and also sticking my hands in there to try and push that plate past the lip. I don't want to try too much brute force since I don't have experience with this. 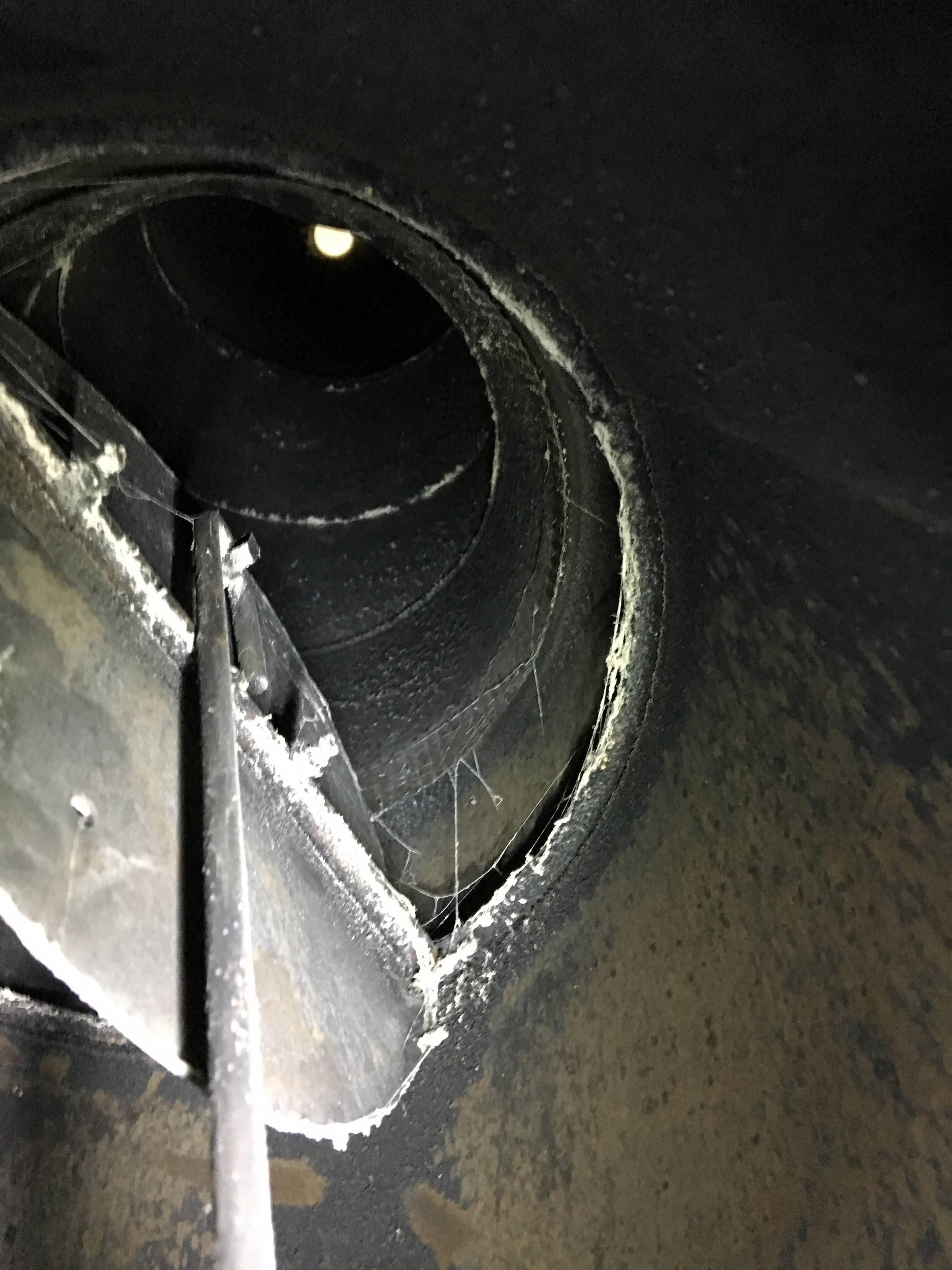 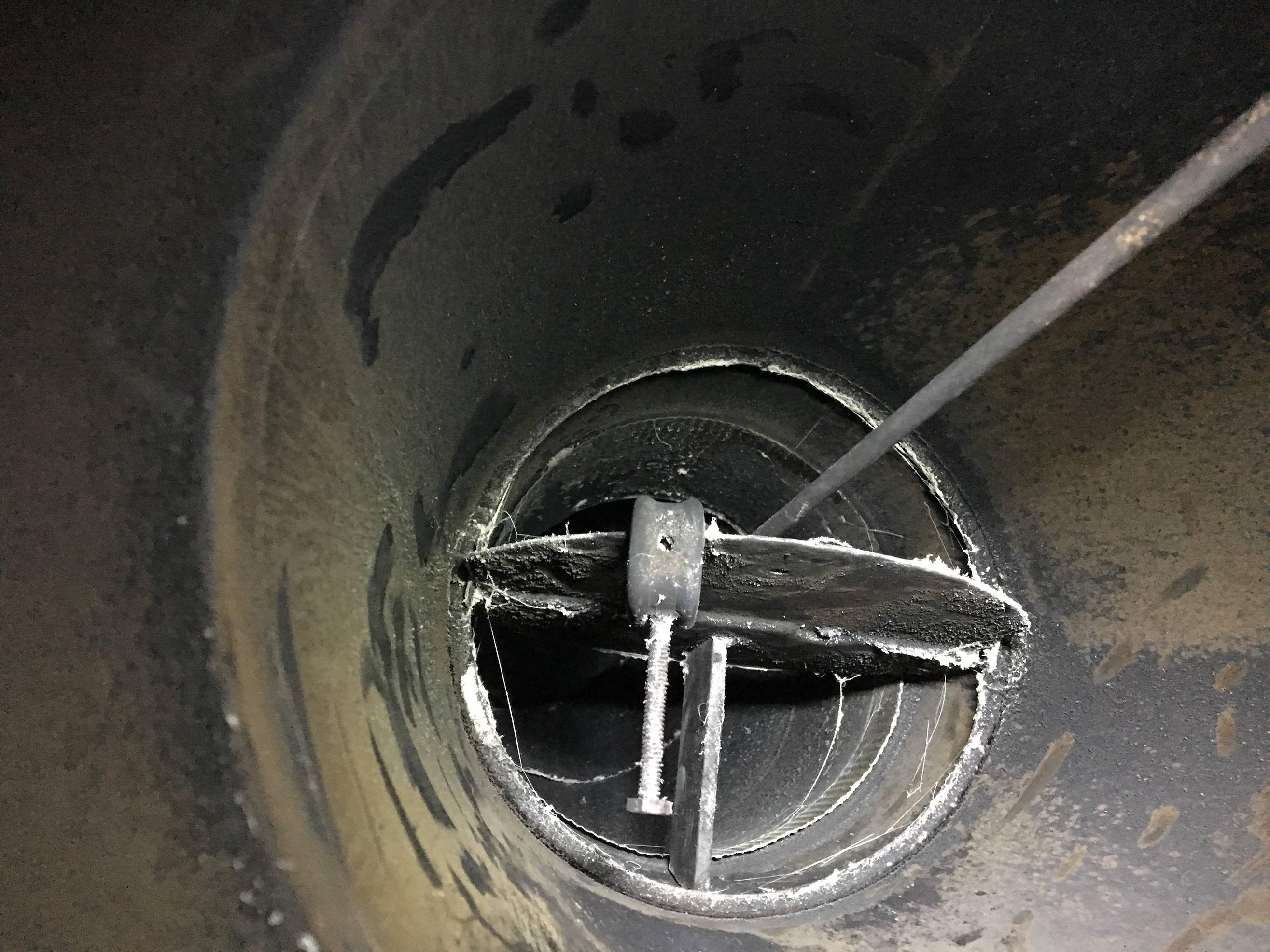 That thing that looks like a weight held onto the damper by a long bolt? That's a damper clamp. When a fireplace has a damper, and is converted into a gas-burning fireplace, by code the damper must be fixed in a fully open state. Otherwise, if the damper were closed, and the gas turned on, you could get gas and/or carbon monoxide blowing into your house, either of which would make it likely you would Have A Bad Day. (This isn't required with wood fireplaces, as if you leave the damper closed then the gouts of smoke will make your mistake obvious.)

So, the solution? Leave it alone: it's possibly saving your life.

1
What should I pack behind a cast iron fireplace?
2
Should the flue always be open in a gas fireplace?
5
Increase wood fireplace efficiency
3
Is it safe to use a log burning stove in an old fireplace?
0
How much will a damper clamp increase my energy costs?
3
what to do with tall, square fireplace opening?
2
Options for restoring or otherwise utilizing old chimney
0
Placed Fire Place Insert Wood Stove into Fire Place; how to minimize heat loss through former chimney damper opening?
4
Gas Fireplace - Starter or Gas Log?