Need help to understand my electric panels and subpanels

I moved into this home few months ago in California (U.S.), and want to understand how much electric load I can use in each room. The house doesn't have HVAC and I am using floor heaters. I would not like to overburden the electric system beyond its capacity. 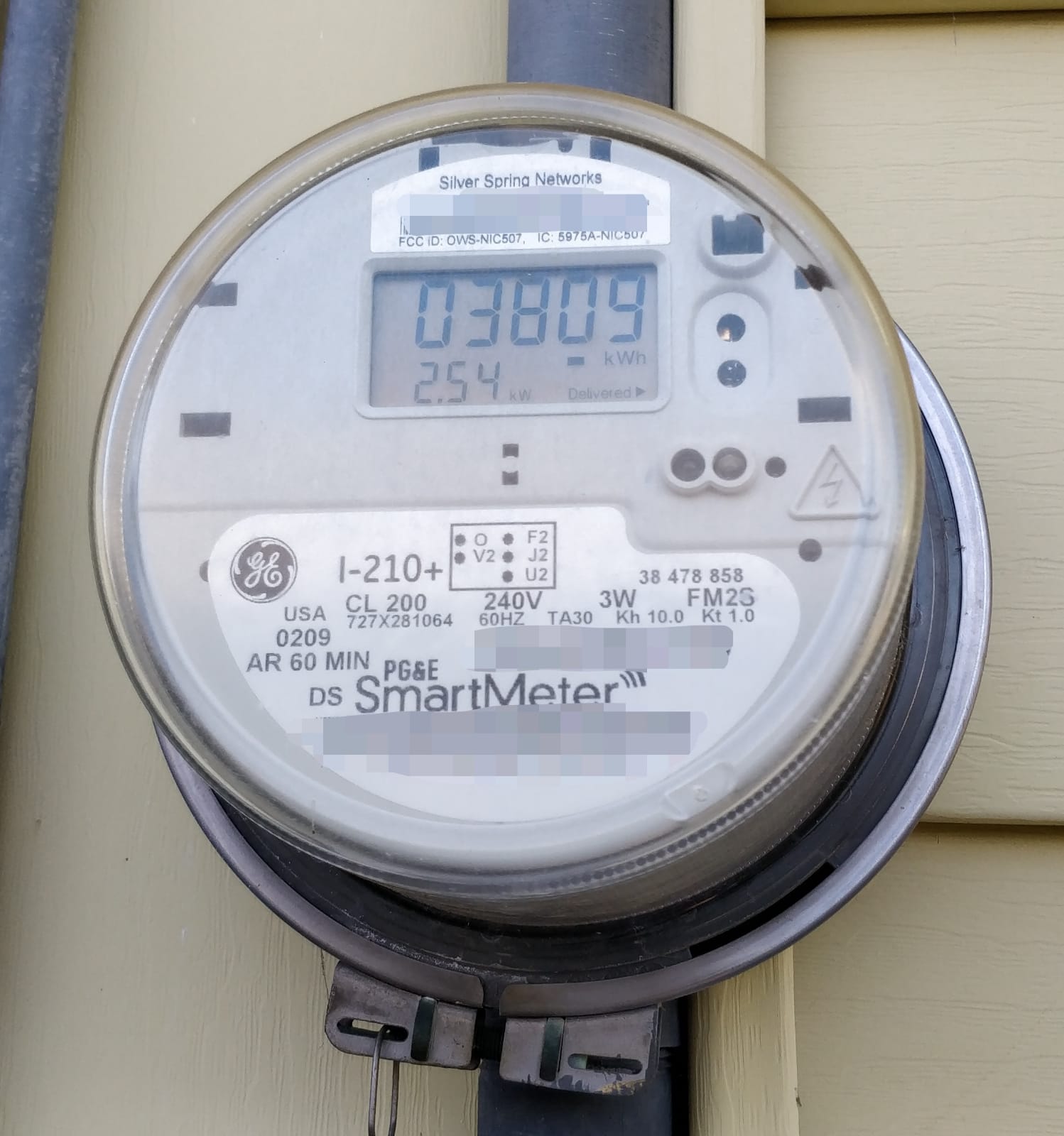 Here is the excerpt from inspection report:

Some more context, the house is 70+ years old, and was built in two steps. Original part was built in 1940s, later another portion was added in 1970s.

The electrical main service panel is older and utilizes outdated technology. However, it was opened and the inspected circuitry was found to be properly installed and correctly fused, with exceptions noted elsewhere in this report. Upgrading should be performed in the course of on going improvements.

The electrical service capacity is minimal by all current standards (100 amps) and may prove inadequate for today's lifestyles. We recommend further review by a licensed electrician, and the electric service upgraded as recommended.

There was an older glass fuse subpanel. This electrical panel uses outdated technology and is intended to meet minimal loads. With any remodeling or expansion the panel would need to be updated. Additionally the panel does not include modern safety standards

Initially, I was naively adding up all Amperes to total it to 100, which they don't. After reading up similar questions on this site, I have figured out that it is not even expected; so I am asking for specific help for my situation.

Note: I am using a gas dryer.

Main panel: The marking in Red deciphered as 'Kitchen' 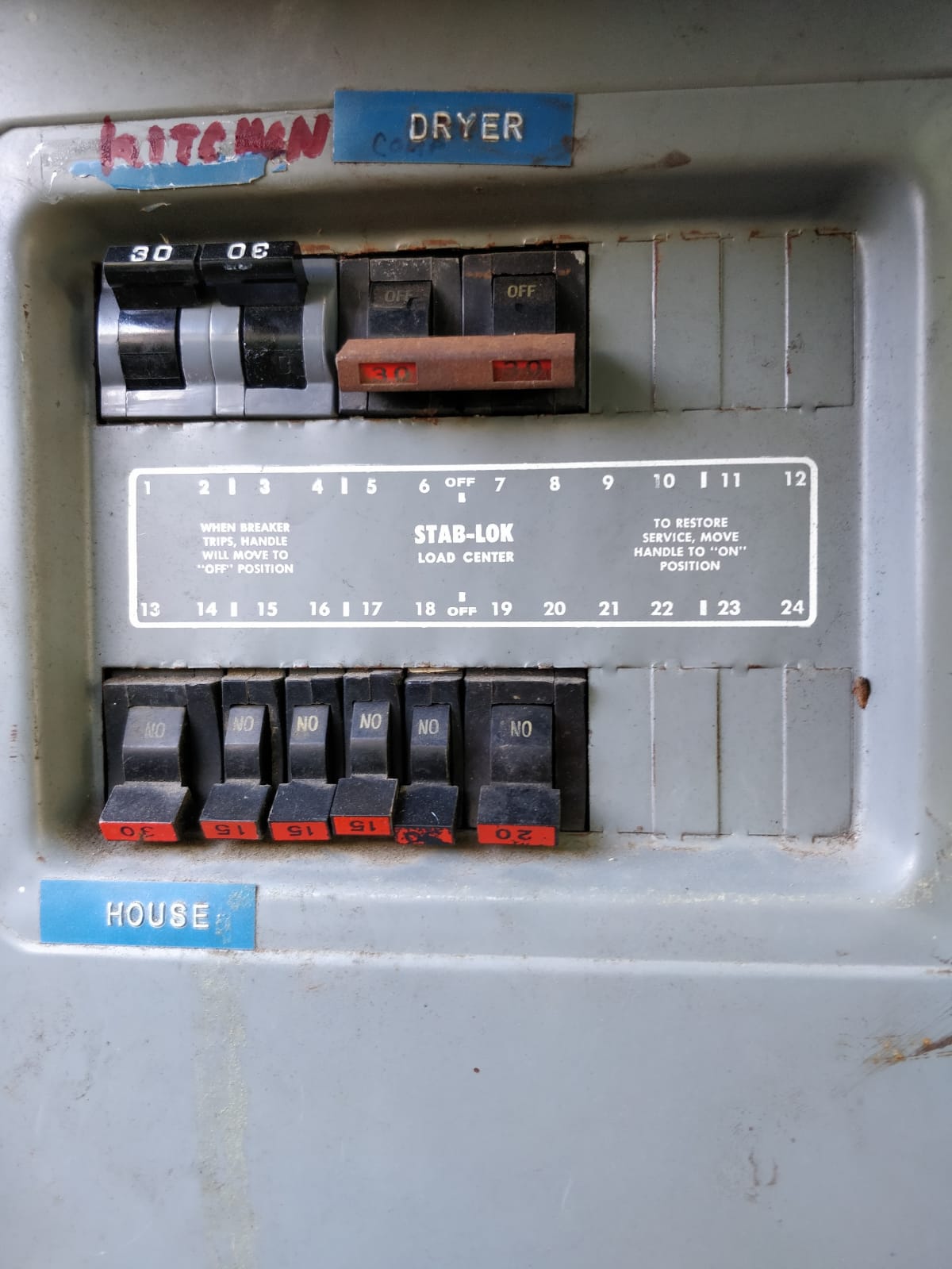 Subpanel1: (in the hallway, this is the one which is very high as mentioned in the notes) 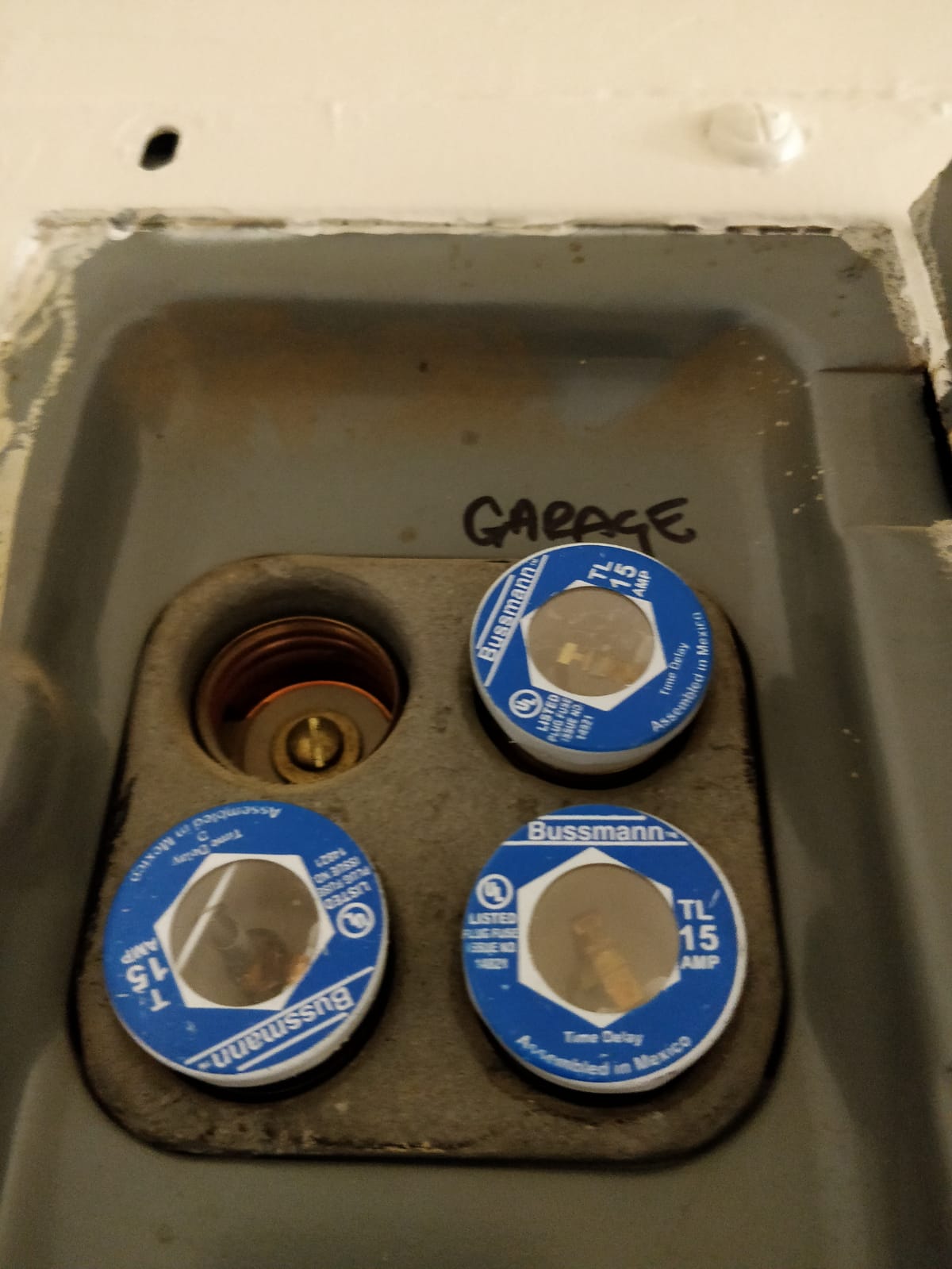 Subpanel2: (This is physically located in the garage, ironically the other subpanel has a marking "Garage") 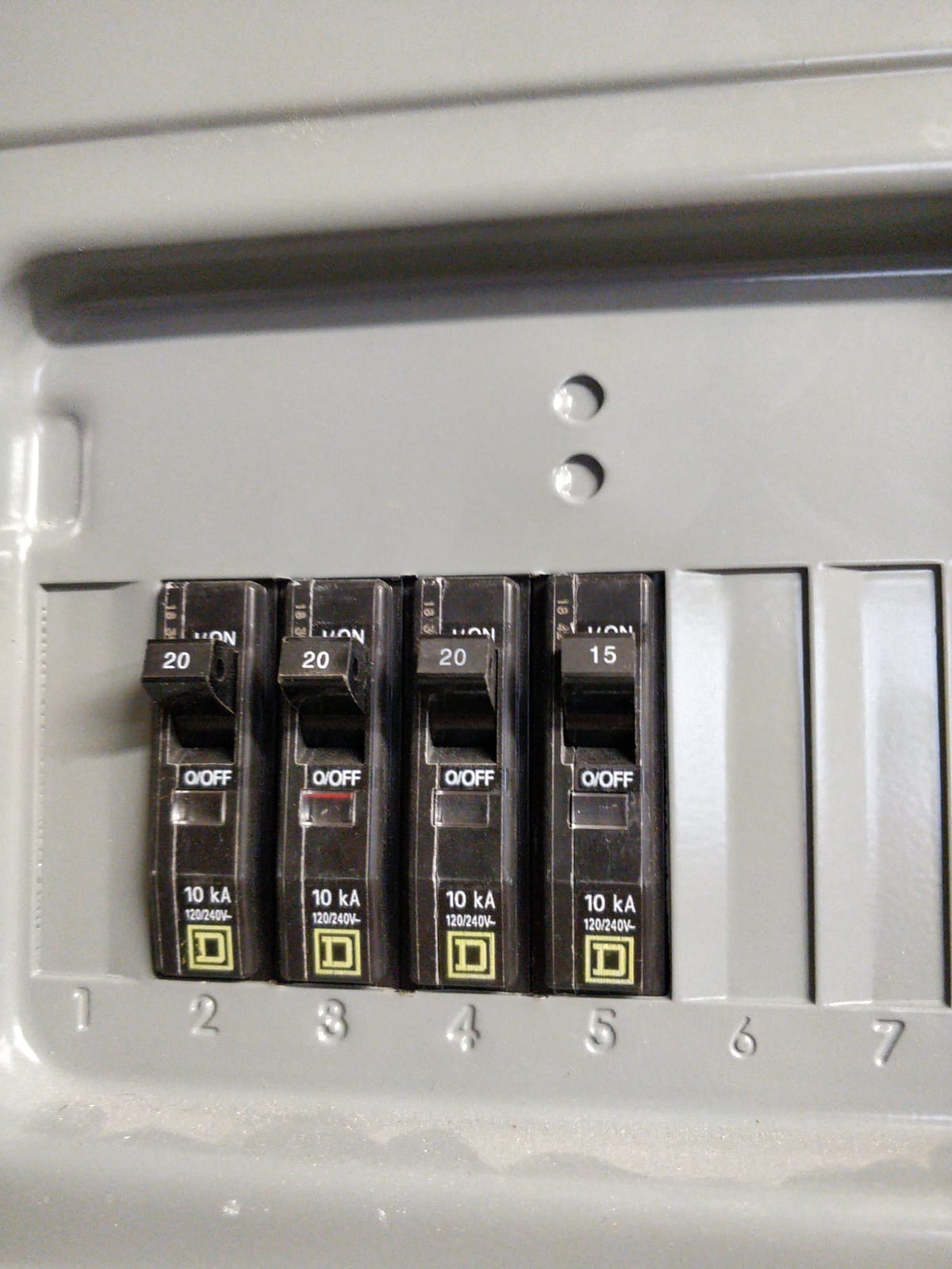 You're going to have to start by mapping your house. It helps to have a whole bunch of night lights, or any kind of lights, or loads of some sort that light up clearly when the power is on. One for each receptacle in the house.

I'm fond of making up names for them. So for instance the Square D breaker box, I might call those Quill, Rocket, Gamora, Groot. Then in the fuse block, call those Thor, Loki, Sif. Then in the main one, use names of other Avengers not affiliated with the Guardians or Asgard.

Starting with the subpanels, pull one breaker or fuse. Then walk the house to see what dies. Label them as you please, so you know what that outlet or hardwired device is powered from. Repeat for each subpanel breaker or fuse.

Next, go to the main panel (the StabLok?) and do the same thing. Two of them will most likely shut off power to each subpanel, and you'll know that because everything connected with the subpanel will die. Label that Asgard, Guardians or whatever grouping you are using. All the other fuses will shut off some loads or one load. Again mark the outlets/hardwired loads.

Now you know what circuit every outlet and hardwired load is on.

Next, read the number on the breaker or fuse. That is your circuit limit for that circuit. Figure 80% of that (12 amps for most of them) and do not exceed that.

Generally, as far as the common 1500W heaters, you can put one of them per circuit, with nothing else except maybe a cell phone charger or at most a TV.

To find out what loads draw, either read their labeling, or get a Kill-a-Watt and measure them (at maximum working load, e.g. Full-on FPS gaming, not editing a Word document).

Subpanel 1 is old fuses. Small, but nothing inherently wrong with it (at least not without more details/examination).

I am not a professional electrician (barely an amateur) but I have seen enough here on DIY and on other sites to know that is a BIG problem. See, for example:

Should all Federal Pacific panels be replaced?

In addition, even not being a professional, those breakers look nasty.

Replace as soon as you can afford to do so.

Now that you are in replacement mode, the specifics matter a lot because you don't want to replace once for safety and then replace again due to capacity.

So you want to get a big main panel, provided you have the physical space for it.

You may also want to replace the small fuse subpanel for similar reasons (GFCI, AFCI, add more circuits, etc.) but that is NOT a known danger like the Stab-Lok panel.

Provide more details about your kitchen, HVAC and other major power uses and I am sure the pros will come in with a LOT more specific recommendations.

29
Should all Federal Pacific panels be replaced?

1
Am I likely to be able to run a circuit from this panel for an EV charger?
1
Should neutral be bonded to ground in main and subpanels?
0
Will the existing supply wire for my 60A subpanel be adequate for a 100A subpanel?
1
Adding subpanel to transfer switch
1
Installing a 240V 30 A outlet for EV charging
1
3 wire sub to main panel upgrade
1
Does this electric panel meet code and does the wiring from it meet NEC standards
2
Main and subpanels selection in new project
3
Adding 200-amp subpanel to 200-amp main panel sanity check
2
Is my plan to add an electric car charging circuit reasonable?