Why won't my oven open its gas valve?

I have an old O'keefe and Merrit Oven that is not lighting. I tried contacting a local mechanic but he refused to work on it because he called it an antique. Unfortunately they simply don't seem to make ovens of this configuration any more (24" wide by 48" tall gas double) so i would like to fix it rather than have to rebuild some or all of my kitchen to get a new one in.

The oven is probably from the late 70's as that is when the house was built.

Here are the symptoms.

1) Pilot light is on 2) Pilot light is adjustable via adjustment screw 3) I hear a click when I turn the dial that should turn the oven on (sounds normal?) 4) I do not hear any gas flowing from main burner when the oven is "on" 5) Attempting to light the burner manually while oven is in on position does not work.

My assumption here is that it is a gas flow issue because if it was just the igniter then i would assume my manual lighting approach would work.

Any suggestions are welcome. and here are some pics (both from the bottom oven/broiler side) 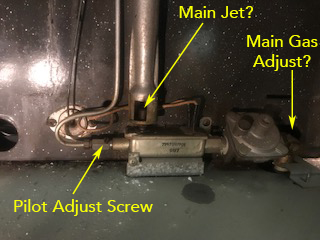 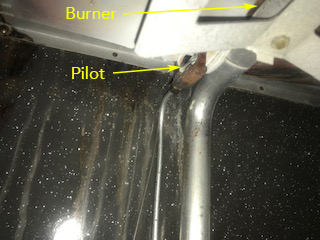 1) Pilot light is on

If the thermocouple is old / corroded / malfunctioning, but is still giving ENOUGH output for the PILOT valve, but not enough for the MAIN valve, or the main valve is malfunctioning and/or not getting the voltage from the thermocouple, then you will get the exact symptoms you are describing. Your knob is signalling the main valve to turn on, which is the clicking you hear, but the main valve is not responding because it is not seeing the signal telling it that the pilot light is there to igniote it, so as a safety measure, it will not allow gas to go through.

As mentioned earlier, DIY novices and gas ovens are not compatible because the result of mistakes can be deadly. I would keep trying to find a repairman that will work on your stove. But keep in mind, they may ALREADY know that it's a bad valve and they know there are no replacements available for old Okeefe an Merrit ovens.

You don't mention it in your post, but it would be helpful to know if it has ever worked since you've owned it, or if you acquired it like this (I'm guessing the latter). If my guess is right, and you just bought the house, check around and see if there is a shut-off somewhere before the main valve. Someone might have turned it off if the house was left vacant for any length of time. IIRC, a lot of these valves will have a position that allows the pilot to run but keeps the main burner closed off.

If that didn't work, you should probably call some more plumbers. If I was in this situation, I might attempt a little "attitude adjustment" on the main valve by giving it a few taps with a wrench (gentle taps, with the gas main to the house turned off). Natural gas is not super clean, and given the age of the unit it's possible that the value is gummed up with sediment. The vertical dead end on this piping is a trap to catch that crud: 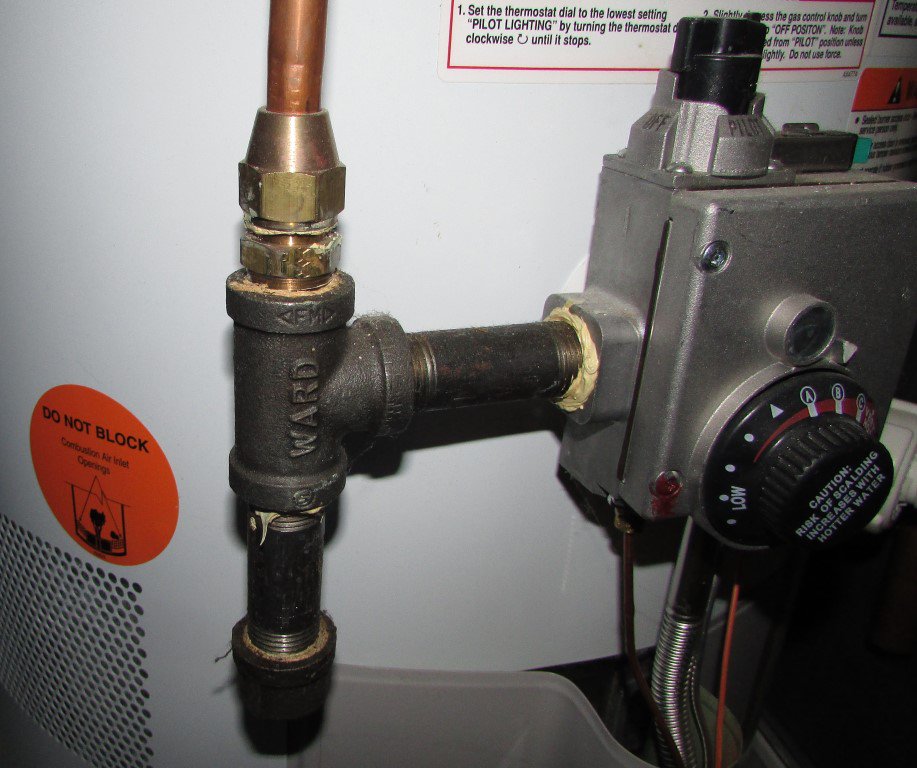 If it is just clogged up, and it happens to open up, there is a good chance it will get stopped up again before too long. If that happens, the best fix is probably to have a plumber remove the valve and either clean it (assuming it is serviceable) or replace it (assuming you can find a replacement), and make sure you have a sediment trap installed before the gas enters the back of the stove.

Not the answer you're looking for? Browse other questions tagged gas oven or ask your own question.