I have a drain for a bathtub that is stuck and broken. I was able to get it to turn, which seemed like a good thing, but looking in the drain, the fitting is turning as well. I tried using the flange to turn it, but it broke off.

It's broken to the point where I can't get more little pieces to break off, so I don't know where to go from here to remove it. 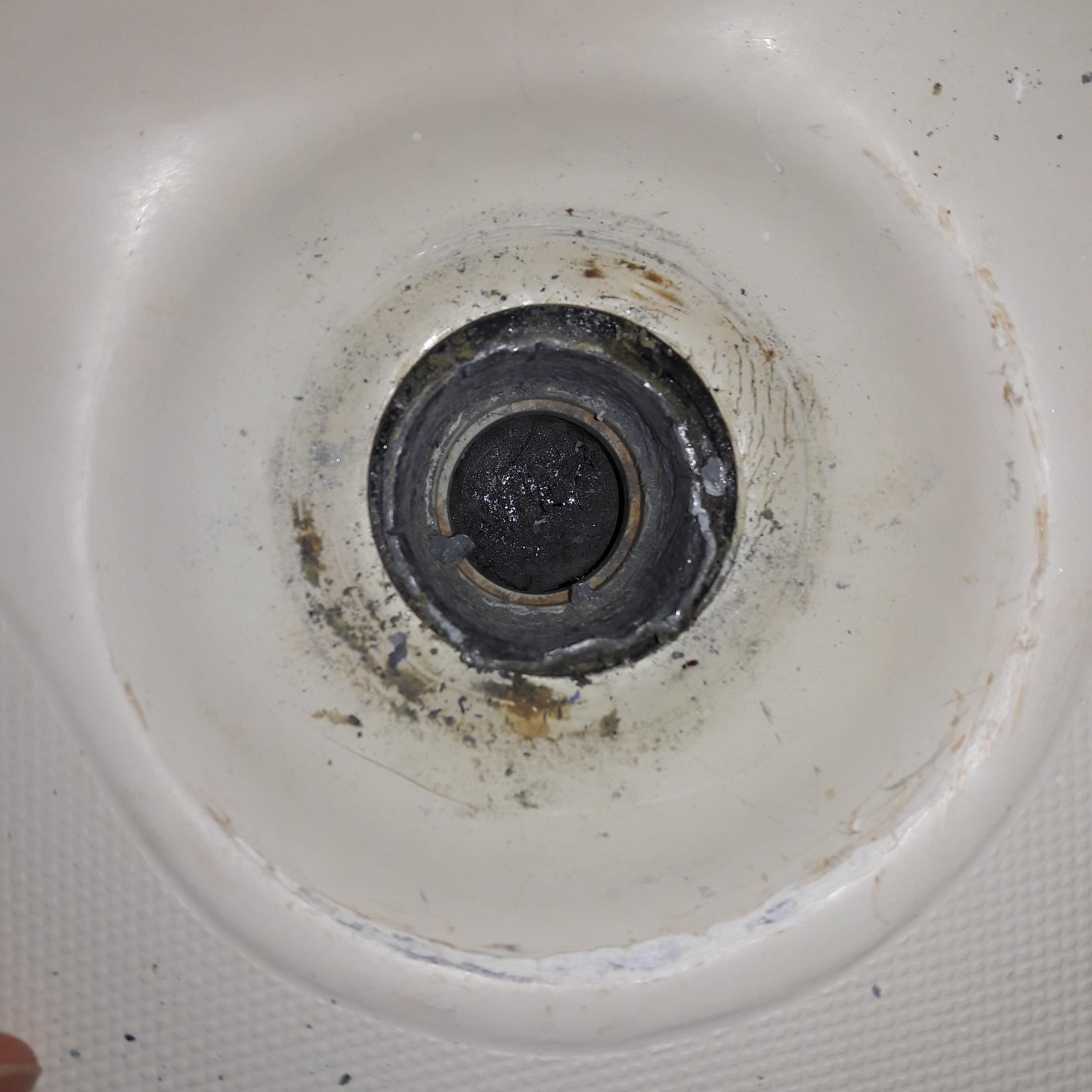 There is a special wrench that looks like the traditional rook chess piece (castle) It matches up with the cute cross bars that catch long hair, and the last bit of a bar of soap. 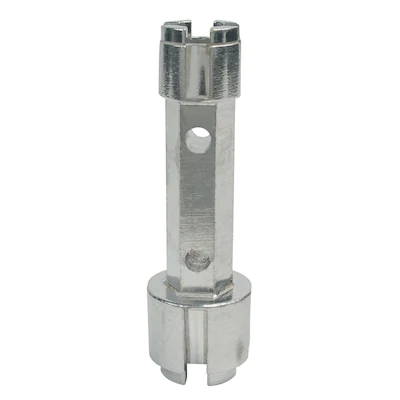 You are likely going to have to access it from below. In general plumbing isn't made to be worked on from the fixture. There are a few operations that are done from there -- tightening to drain is one. But all real work requires access to the other side. You will need to cut through the floor from below.

If there isn't sufficient room to do this, you can raise the trailer and block it. Generally you will need a stack of blocks about every 10 feet. This often causes problems with the interior paneling. Raising it by an inch or so at a time helps. Having a bunch of people with a bunch of 6 ton jacks makes this go faster.

If jacking the trailer up, and working from below isn't an option, then you have to destroy the present setup, build a platform 6" to a foot high, and put your bathtub on the platform. The space will allow you to work on it. You will likely have to enlarge the hole through the upper subfloor to create enough space to cut the end of the current drain pipe off clean, and put in an extension to it.

(Houses and trailers and cities aren't built to be maintained. Hospitals, ships and planes are much more maintainable.)

Not the answer you're looking for? Browse other questions tagged plumbing drain removal or ask your own question.