Don't replace the other two switches.

You'll only muddy the water, in fact, I would rollback to the earlier 3-way.

The root problem is that previously, someone replaced the 3-way switch and they did a bodge job of it.

A 3-way switch is supposed to have 2 traveler terminals, going to 2 traveler wires, and a common going either from supply or onward to the light. In either case, there may be 2 wires on the common - either carrying switched power onto a second ligt, or supply onward to other points-of-use. You know, like the other two switches right next to it.

Ideally, instead of 2 wires on the common, we like to see pigtails, because they're easier to understand and harder to mess up. However, very likely, the last guy found the splice had been done right on the switch - one on the screw, and the other on the backstab associated with that screw.

And he didn't know what he was doing when he hooked up that 3-way. Either he got the wires mixed up... or he got supply and travelers correct but accidentally put the "onward power" onto one of travelers.

If you have any other switches in the area that ought to control this light but don't work or only sometimes work, then more likely the former.

The usual mistake when swapping 3-ways is that every 3-way switch puts its screws in a different position. People think position matters, and it doesn't. Actually, screw color matters. Travelers are on brass screws. So I like to mark them with yellow tape (no need to distinguish travelers from each other).

So see if you can correct that problem, least toward the mispositioning of the onward power wire.

Switches do go bad so yes, just change the other two, Since you already changed a 3-way, you'll need another 3-way and a 4-way... yes, a 4-way. Do yourself a favor and take pictures of the wiring before unhooking anything. Also, when replacing the switches, hook the wire around the screws on the switches, do not use the back stabs. Remember to shut off the power when doing any work on the switches.

One of those switches has to be a 4-way switch for things to work correctly. 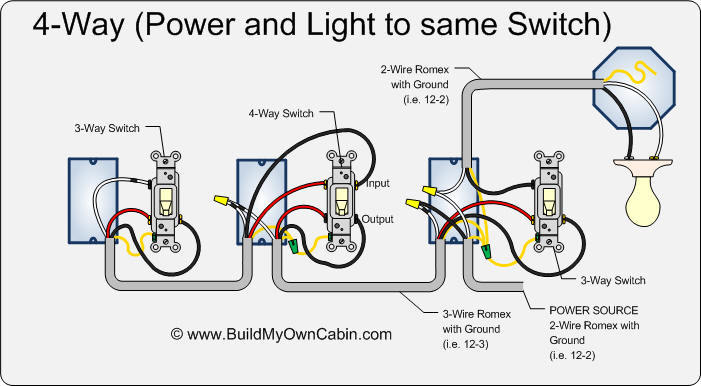