Where can I put holes in my yard?

I bought string lights and I plan to put them in my small indoor/outdoor yard (I am not sure whether it is indoor or outdoor).

I used a strong magnet (see picture) to detect where have metal behind the paint, but I find many spots. I guess that they are plates for connection. I cannot drill through those areas where have metal plate.

My question is where I can drill holes to mount eye screws? 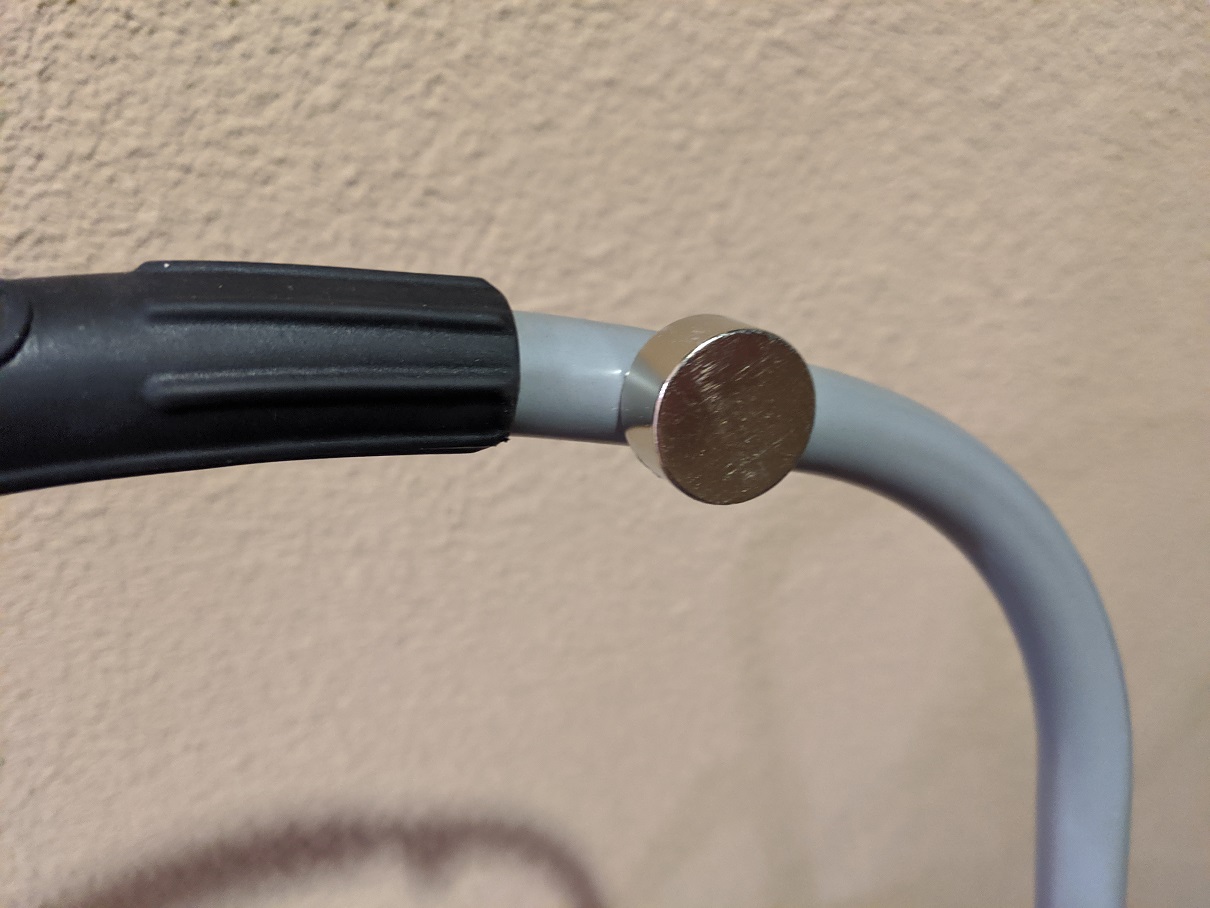 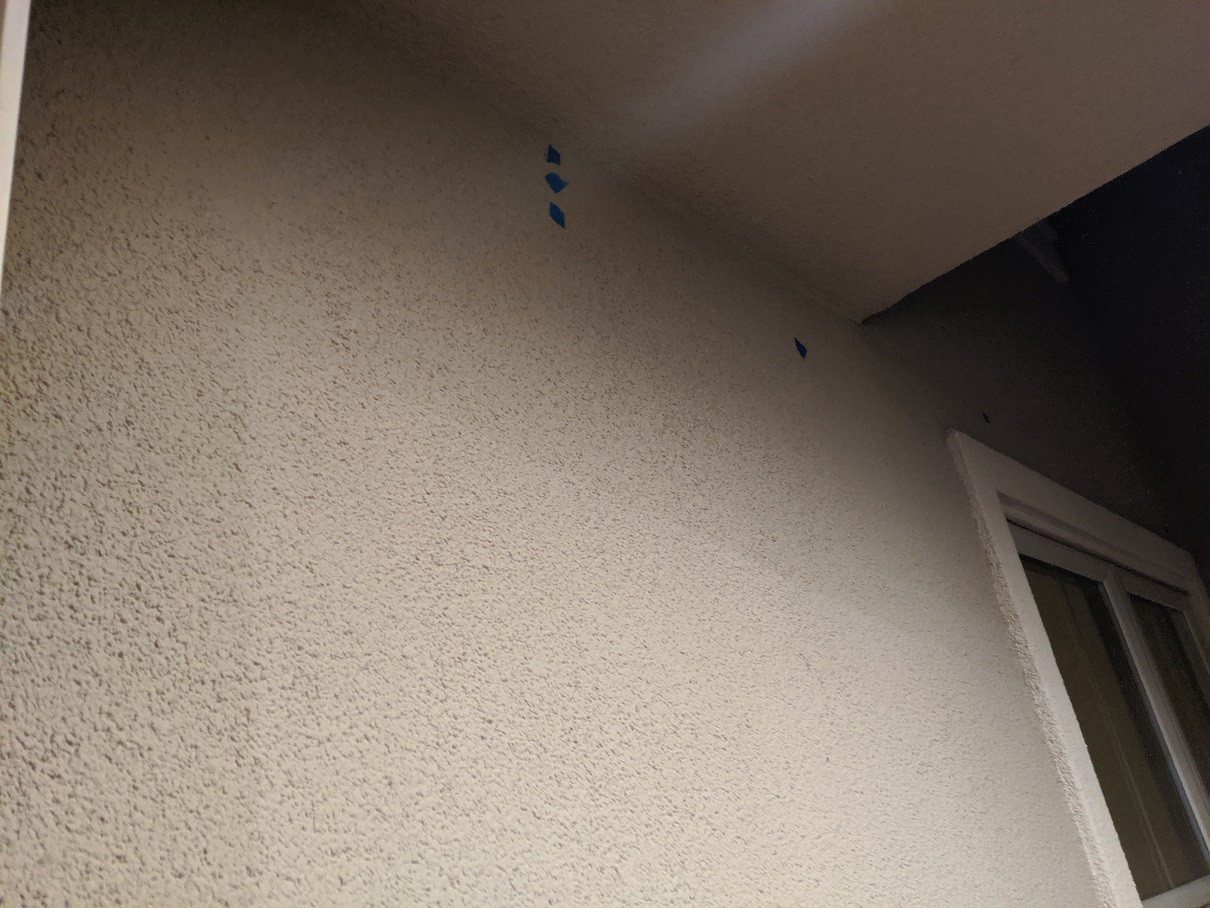 I don't use magnets, or stud finders set to 'metal', ever. I use drill bits. If there's protection plates, the drill bit will tell you that.

I think you're finding screw heads. Disclaimer : I live in EMT land, so there's generally no concern beyond hitting a PVC pipe or low voltage comm.

If you have to push really hard, don't; relocate. Patching and painting my be required after all is said and done. That's why it sucks trying to hang something that won't cover your booboos. And why 'new construction' people won't touch rehab jobs that begin and end with 'unforeseen circumstances'. This is your can of worms; open it up:

You're going to have to do some recon... with a drill bit. Bite the bullet and start making holes. And use your intuition: It's an outside wall so it's unlikely there's any plumbing. And way up there would be a strange place for an electrical run, but anything's possible. - Henry Jones says: "I don't know. WE'LL FIND OUT!"

Not the answer you're looking for? Browse other questions tagged lighting outdoor or ask your own question.

3
Are there solar lights that can be put inside existing lamps?
1
Where can I buy Perspex sheets?
0
Replace outdoor fixture where existing fixture larger than new one
2
Where is the best place to put a light on basement stairs?
0
Can I put 6” recessed cans into 7” holes?
2
Removing pole and concrete base from yard
0
Problem encountered with installing an exterior light
16
What is this stake in my yard and can I remove it?