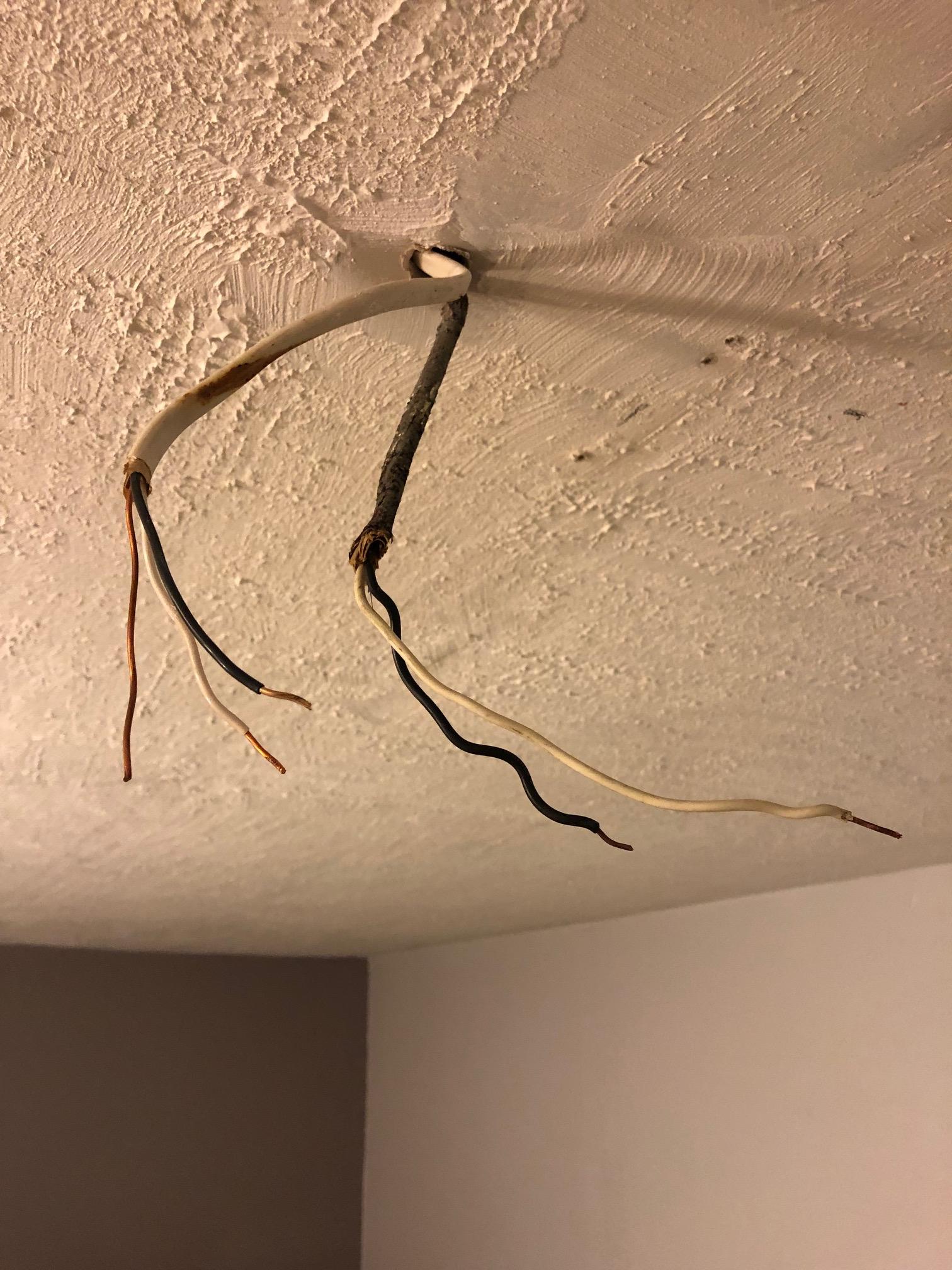 I am trying to replace a light fixture. It is a fluorescent lamp holder with one black, one white, and one ground wire. My ceiling has 5 wires coming out of it, and I assume it is because 2 different switches control this light. There is one master switch, and one that turns on or off as long as the master switch is on. Switch number 2 does nothing if master switch is turned off. Can anyone tell by looking at this picture, which is which and what wires need to be connected from my fixture?

Not from the picture. Unfortuantely, the information had been there, but you destroyed it when you took all the wires apart without documenting what was there.

Your best bet now is this:

A cable is several wires in a sheath.

Cap off the black and white wires from one cable (individually), and connect the lamp's black and white to the other cable. If the light now works off one switch, and not the other, then you can go to the next step. Otherwise switch cables.

Now the light works, off one switch.

The white wire in the ceiling that is capped off, mark it with black or colored electrical tape. Uncap it.

Remains is one black wire that is capped off, and one black from the lamp. Join them.

Can anyone tell? NO

One cable has ground, the other doesn't. That's the only thing different that we can tell from the picture.

Now let's see what is really going on:

Two switches - whether "3-way" (each flip of either switch changes between on and off) or the switches you have - normally has the light at one end or the other. Either:

There are often extra wires in the ceiling to carry power & neutral on to other fixtures. But you would (normally) have more wires if that were the case. More likely is a switch loop. Ideally a switch loop would have both wires non-white, but that is often not the case, particularly prior to recent rules requiring neutral in (most) switch boxes. So one possibility is:

To figure this out, with all wires separated and capped with wire nuts, use a non-contact tester to check each wire for power. Try with each of the 4 combinations of switches. I suspect you will find that one cable ALWAYS has power on the black wire.

If that's the case, that is the cable from the panel. The other one goes to the switches.

However, if you find that power is present in the ceiling only with a certain combination of switches then post a little more information, as this may be a little more complicated.

2
How can I replace a single bulb light with a fluorescent fixture?
1
Wiring light switch with neutral (Z-wave)
1
Replacing Ceiling Fan/Light with light only wiring mystery
0
4 black wires for light switch
2
Wiring a ceiling fan and light switch with two three-cable wires
0
Wiring problem overhead light fixture
2
Wiring new light switch
2
Remove ceiling fan/light combination replacing with a light and remove 1 of 2 switches that controlled the ceiling fan
1
How should I connect my new ceiling light to this wiring?
2
What is this extra wire in my light fixture box?