I moved into a flat which has the following electrical setup in the kitchen: 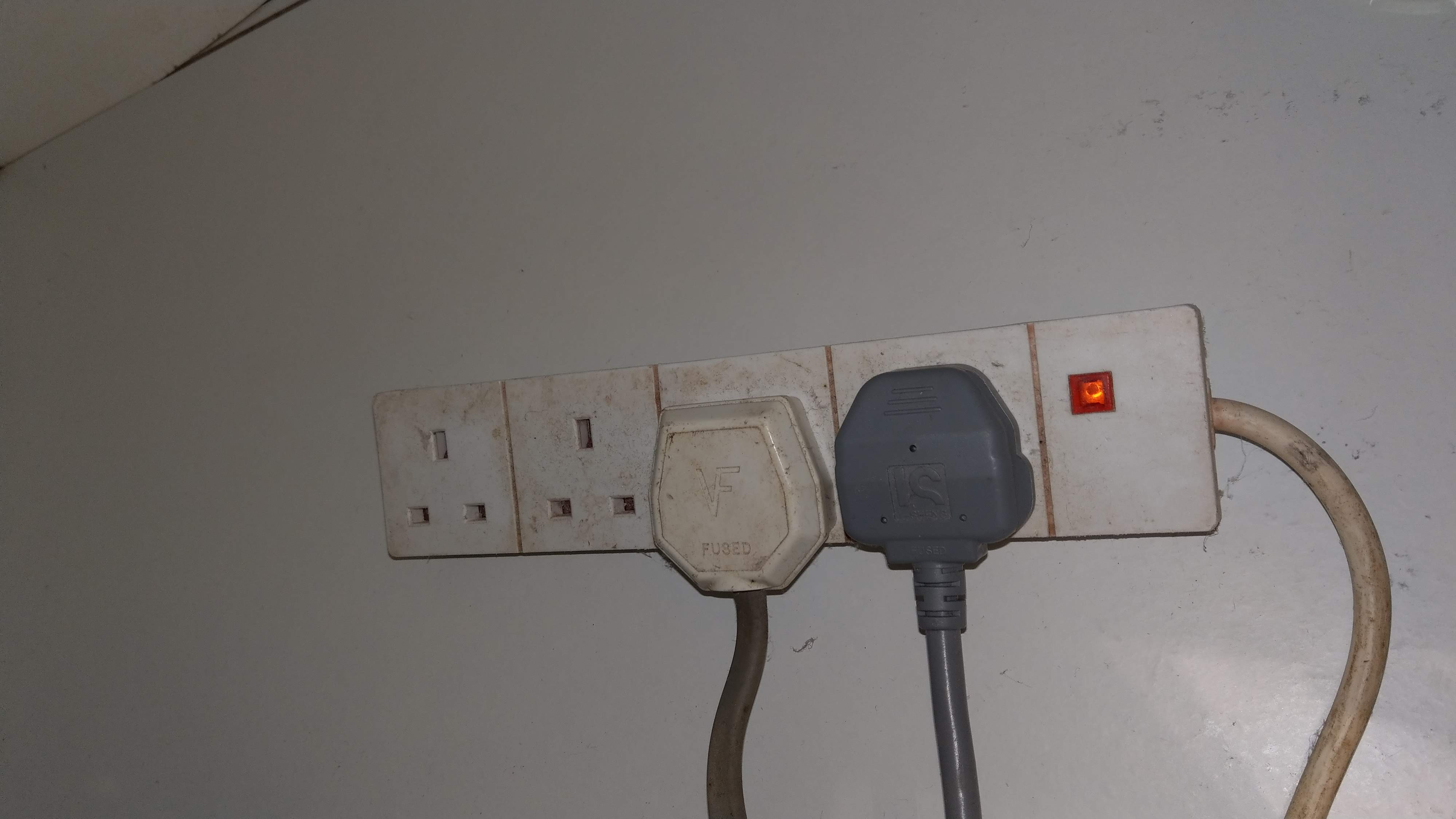 Back of power strip: 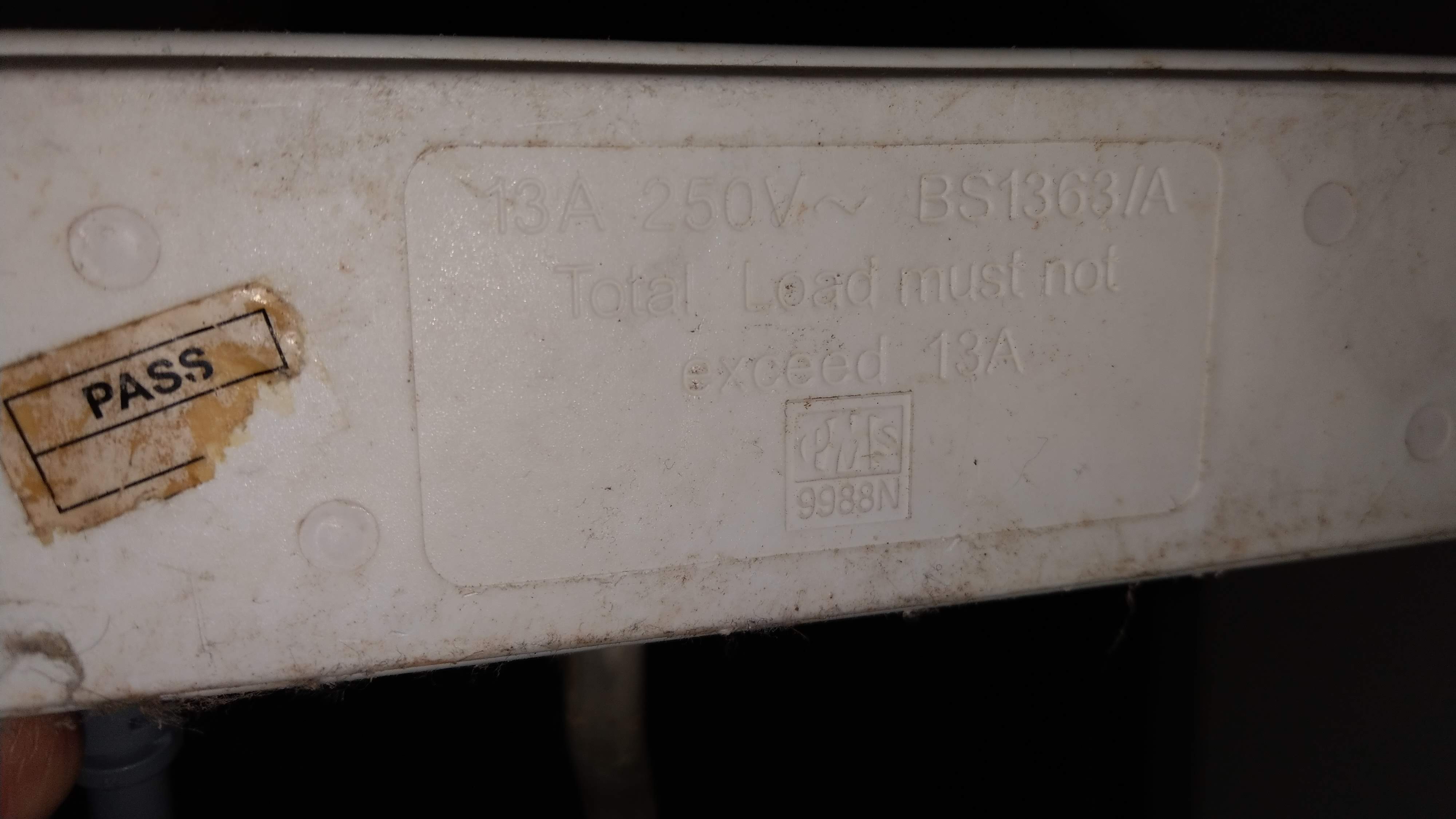 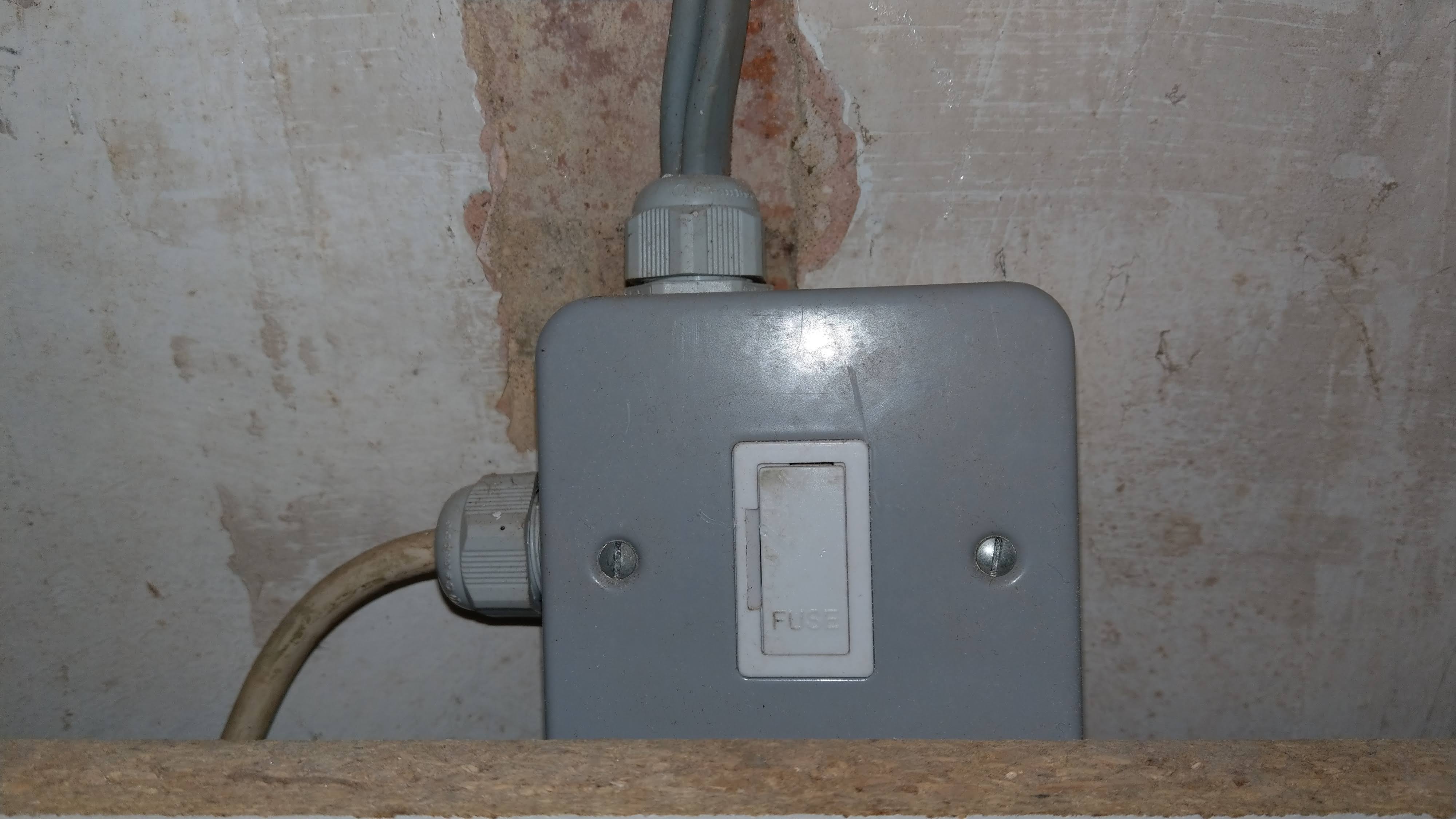 As the third photo shows, the 4-socket strip does not have a typical UK 3-pin plug, instead it is wired straight into this grey fuse box on the kitchen wall behind a cupboard. This grey fuse box is controlled by the circuit breaker switch that controls all kitchen sockets.

A fishy smell from this corner of the kitchen makes me think something electrical may be over-heating.

I've seen things like this before but that doesn't mean it's safe or legal. I'm not a professional and can't reply to that.

Personally I wouldn't be worried about overloading it. The washing machine plug has a 13 amp fuse and the boiler won't draw much. The fused unit presumably has a 10 or 13 amp fuse in it. Maybe the connection inside the box has come lose and needs tightening up, or the strip itself is somehow worn out and not connecting well (corrosion due to humidity in the kitchen, connecting parts worn loose).

To tidy this up you could: - turn the power off - open up and remove the fused connection unit and box - screw a surface-mounted double pattress box to the wall - run the cables into the box - fit a standard double socket

Alternatively you could keep the existing box and replace the fused connection unit with a single socket and then plug an unmodified power strip into it.

Since it's in a kitchen you may not be allowed to do this yourself, although you could argue that you're not actually modifying the circuit. If it's not your property, that's another matter.

Not the answer you're looking for? Browse other questions tagged wiring safety uk or ask your own question.

3
How do I rewire this circuit controlling several lights and receptacles?
0
Is it safe to use Extension Cord to Power PC/Routers on already used circuit?
1
Condensate pump wiring
1
Do I need building control approval to install an external security camera powered by power over ethernet?
0
Can I plug a 13A washer machine into a 20A power source?
0
Curious “open ground” when using testers in series
2
Damaged oven plug, possible unsafe installation
0
What size should power wires be to run big appliances?
0
Is it unsafe to hide a power strip in a cardboard box?
0
Double Socket Not Working (UK)