I live in a semi-detached house in the UK (built in 1946). Until recently, one of the the upstairs bathroom's walls was the outside wall of the house (the side wall). The toilet is connected to an elbow, which goes through the outside wall and then connects to a vertical main waste pipe that then goes into the ground and opens underground into the sewage system.

The house was extended to the side a couple of years ago, so that on the other side of the bathroom there's now a bedroom and below that bedroom is a garage on the ground floor. The waste pipe from the toilet has been left as is and the piping near the floor in the bedroom (connection of the elbow to the main pipe) was boxed in. Similarly, the vertical pipe in the garage has been boxed in. Now it's all behind plasterboard/plaster/paint.

A few days ago I noticed a wet stain/patch on the ceiling in my garage spreading onto the wall. I had a plumber come in to help me trace the source of the leak - and this was traced to this connection of the toilet waste pipe (elbow to the vertical one). The connection itself is just around (or maybe an inch above) the floor level in the bedroom, boxed in. The leak is very tiny and the water is only seeping in when the toilet is flushed repeatedly. Flushing 2-3 times in a row results in a couple of drops of water appearing on the connection. The plumber indicated that the wet stain/patch must have been the result of months of not years of this leak.

To repair it properly, I'd need to take the joint apart and at a minimum replace the rubber seal - or possibly replace the elbow and/or the main pipe. The problem with this solution is that it would require lifting the wooden floor in the bedroom as well as taking off all the boxing in the garage. Then there's a high chance of other wastewater pipe connections (e.g. from the bath tab or the downstairs washroom) main waste pipe being disturbed and requiring some work to fix. All of this is expensive and also inconvenient, as the upstairs bedroom is occupied.

What option do I have for a quick/simple repair that I can do now? A colleague suggested that he fixed something similar with a special epoxy by essentially gluing the connection.

I can get to the actual connection relatively easily, for example to apply the epoxy, but taking it apart would be a nightmare. Both the elbow and the main waste pipe are plastic.

Here are the pictures showing the leak stain, the vertical pipe (taken through a small cut whole in the ceiling), the sketch of where the elbow is, and the leaking connection. The last ones were taken with a pin-hole camera, as it was the only way to get to it to photograph it. Unfortunately there's no better photo of the connection point. There are a couple of such leak points around the connection. 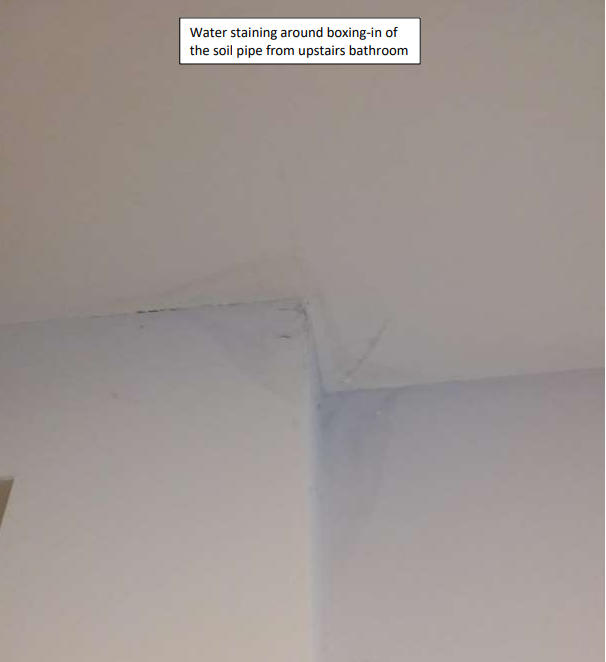 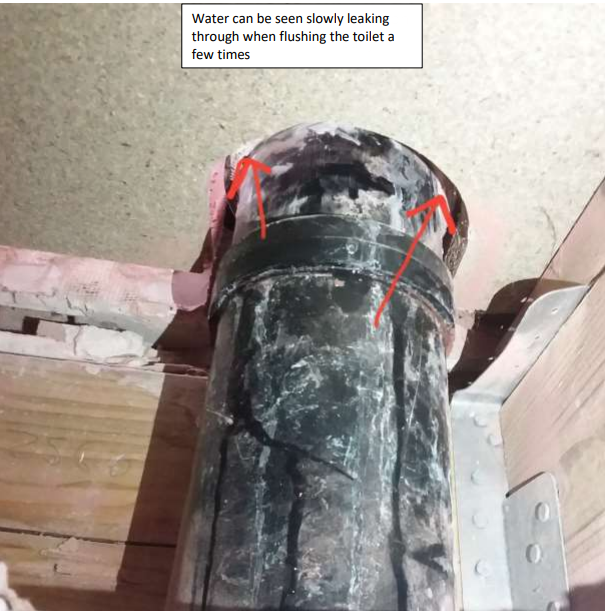 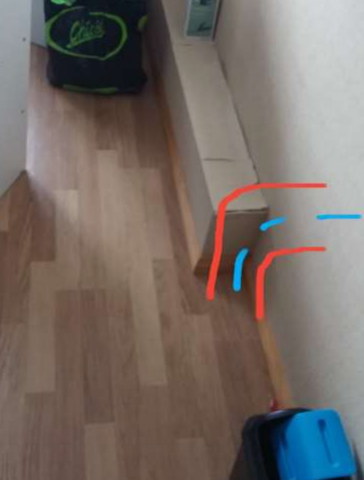 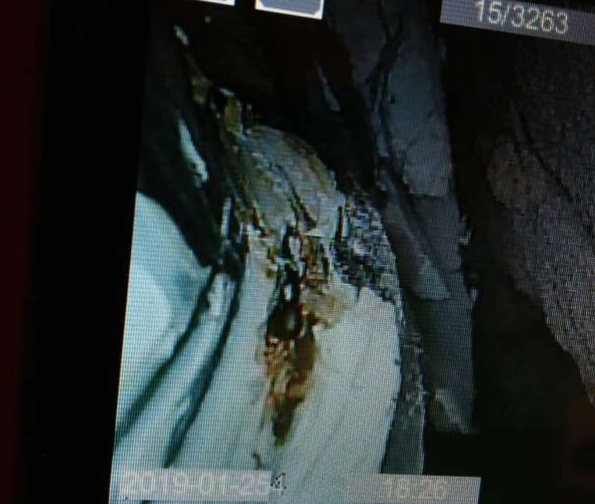 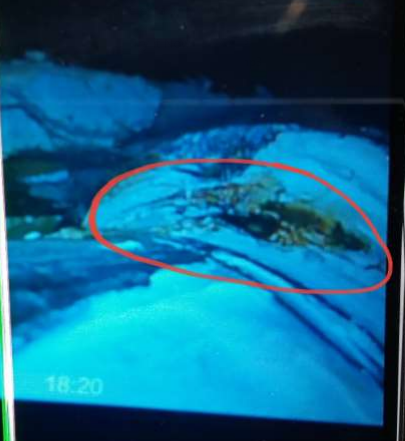 Browse other questions tagged or ask your own question.

0
Air admittance valves on waste pipe with extraction
1
How to reconnect disconnected elbow in waste pipe?
0
Leaking Steam Radiator Pipe?
0
Any advice or words of wisdom for toilet leaking through floor/ceiling?
0
Plumbing UK sink waste
0
Can I vent off the top of a 90 turn down from upper floor?
10
How can I temporarily repair a lengthwise crack in an ABS drain pipe?
0
Does sealing an apartment floor trap cause clogs in the main drain line?
8
How can I stop sink fitting from leaking?