Determining if wall is non-load bearing

I am planning to renovate my kitchen and I would like to remove the wall between the kitchen and dining room. I have attached a photo of the wall (wall behind the stove) as well as the room on the other side of the wall. I have reviewed the joists in the house and I have been able to confirm that they run parallel with this wall. I have also confirmed there is no walls in the basement or second floor that are on top or below of this wall so I am pretty confident it wouldn't be load bearing. The house is from 1971, but from what I have been able to determine the load bearing wall is the wall behind the kitchen in that first photo as it runs perpendicular to the joists and also has walls in the same spot in the basement and second level, it is also the center of the house. Is there any reason why this wall would be load bearin 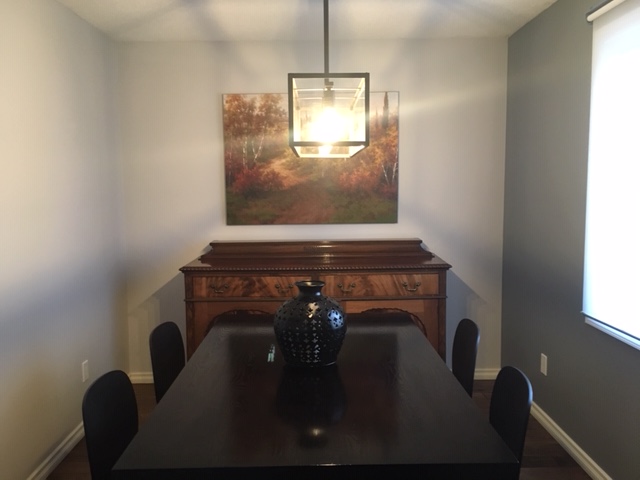 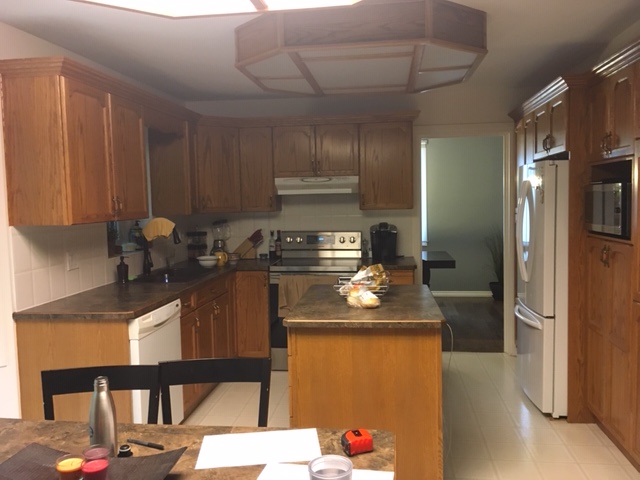 If the structure above this wall (the joists of the second level) is parallel to this wall, then it's highly unlikely that the wall is load bearing -- what load would it bear, if there's no structure present to bring a load onto the wall? The only possibility is that something like a joist lies directly on top of the wall and you haven't been able to discover it yet.

The planned renovation is going to involve quite a lot of drywall repair on the walls and at least a little bit of repair on the ceiling too. You've done all the due diligence that can be done. Now it's time to cut an inspection hole in the ceiling and visually confirm that nothing bears on the top of that wall. I suggest finding the locations of the nearest joist on each side of that wall and cut the hole on whichever side has more wall-to-joist space. You might also choose to cut the inspection hole on whichever side is easier to repair in case the project does not go forward, or whichever side will bother you less if the hole persists for some time until the project work does commence.

Not the answer you're looking for? Browse other questions tagged walls load-bearing renovation or ask your own question.