How should I hang a bent whiteboard?

I have a 4’x6’, aluminum-framed whiteboard that was leaned vertically against a wall for storage, in exactly the way you’re not supposed to. So it’s curved.

I have mounted this bent whiteboard once before, using about 20 metal mirror clips, each anchored into the wall, spaced approximately 1 foot apart. This was nightmare both to install and to repair when I took it down.

I have tried bending it back straight again, to basically no effect. I placed it flat on the ground with a blanket over it and loaded it with hundreds of pounds of weight, evenly spaced, so that it was held perfectly flat against the floor. I left it like that for weeks, and that had no effect at all.

I suspect that the curvature is actually from the aluminum, so I’m guessing if I could somehow heat up the metal a lot, and then flatten the piece, that might work? But I have no idea how to DIY that.

I think one thing that would work is a mirror-hanging, z-clip style fastener that was made with thicker gauge metal. The thicker metal would prevent the clip from bending under pressure, allowing me to use significantly fewer clips. But so far I can find no such thing.

I also am aware of very strong mounting tape. I have my doubts that it’s strong enough, but I have no doubt that it’s strong enough to ruin the wall, which I’d prefer to avoid since it’s not my wall. I’d actually rather the 20 clip solution that was a nightmare, just because I know I can patch 20 half inch holes, whereas who knows what the wall would look like after using enough mounting tape to hold a whiteboard.

So I’m out of smart ideas. How do I hang a bent whiteboard?

Put long wood boards about 2-3" wide across the bend, and glue and screw the whiteboard to the 3" wide boards to force the whiteboard to be flat. Squish the bent whiteboard against the 3" boards. I prefer to add screws because glue often fails in damp environments, or just over time.

Example: Curved whiteboard is on the left, straightening board on the right. 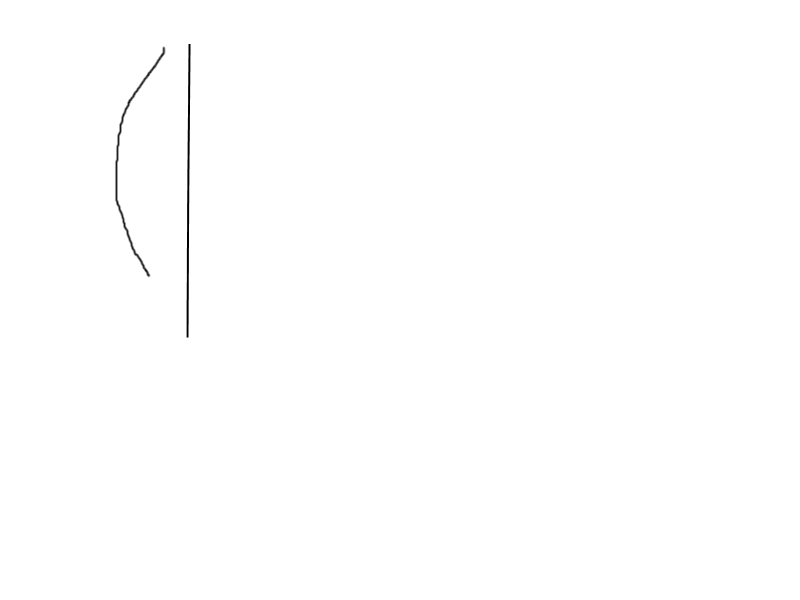 2
Mount metal letters to a wall so that they are removable
1
Can I use lag bolts when mounting heavy shelf units through 2 layer drywall?
1
How should this vintage wall-mount sink be mounted? Does not fit standard cast iron brackets
1
How can I mount cabinetry to metal furring strips with shallow depth?
1
How can I mount a large, heavy, half-inch-thick sign on a wall WITHOUT drilling through it?
1
How can I hang a large mirror on an uneven (warped?) wall?
1
How to attach a blind to a wall when I need extra clearance?
2
How might I attach pieces of lumber between two garage ceiling joists for the larger goal of mounting a punching bag to the lumber?