What is this sticking out of my wall?

I've got this small thing (see attached pictures) in my third-floor bedroom wall that previous tenants have simply painted over. It's about 1 inch in diameter, sitting about 5 feet off the floor, and has two smaller bumps on it. It also has two protruding notches on either side, one of which is visible in the upper right in the image. It feels rather hard and solid. Magnets do stick to it.

I'd like to pull it off/out of the wall, but my concern is that it might be something where it would be unsafe for me to do that or would be better left to a professional. In particular, I'm concerned it may be some old relic of the knob and tube which I know exists in my building. It could be a completely random/innocuous object, but I want to play it safe. 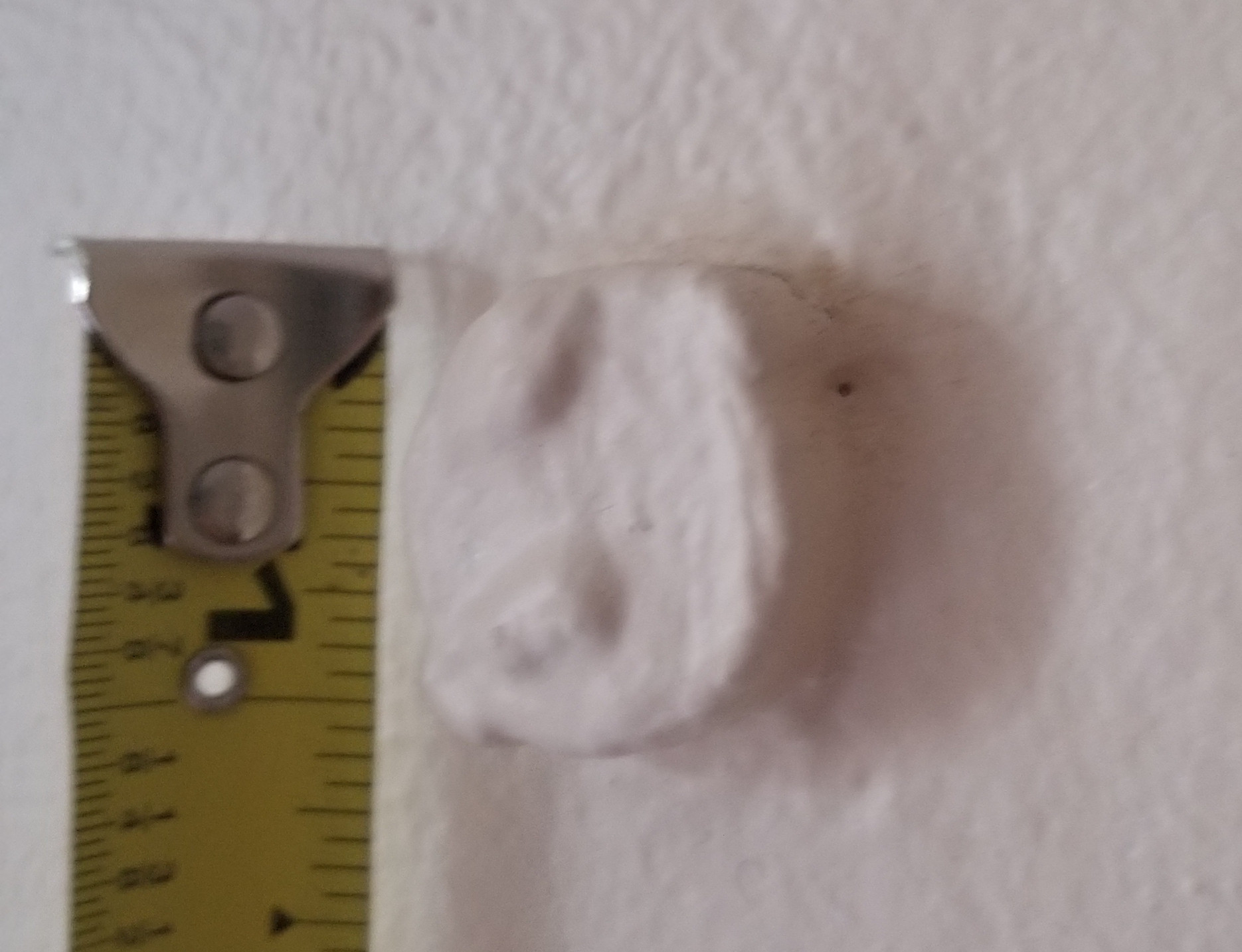 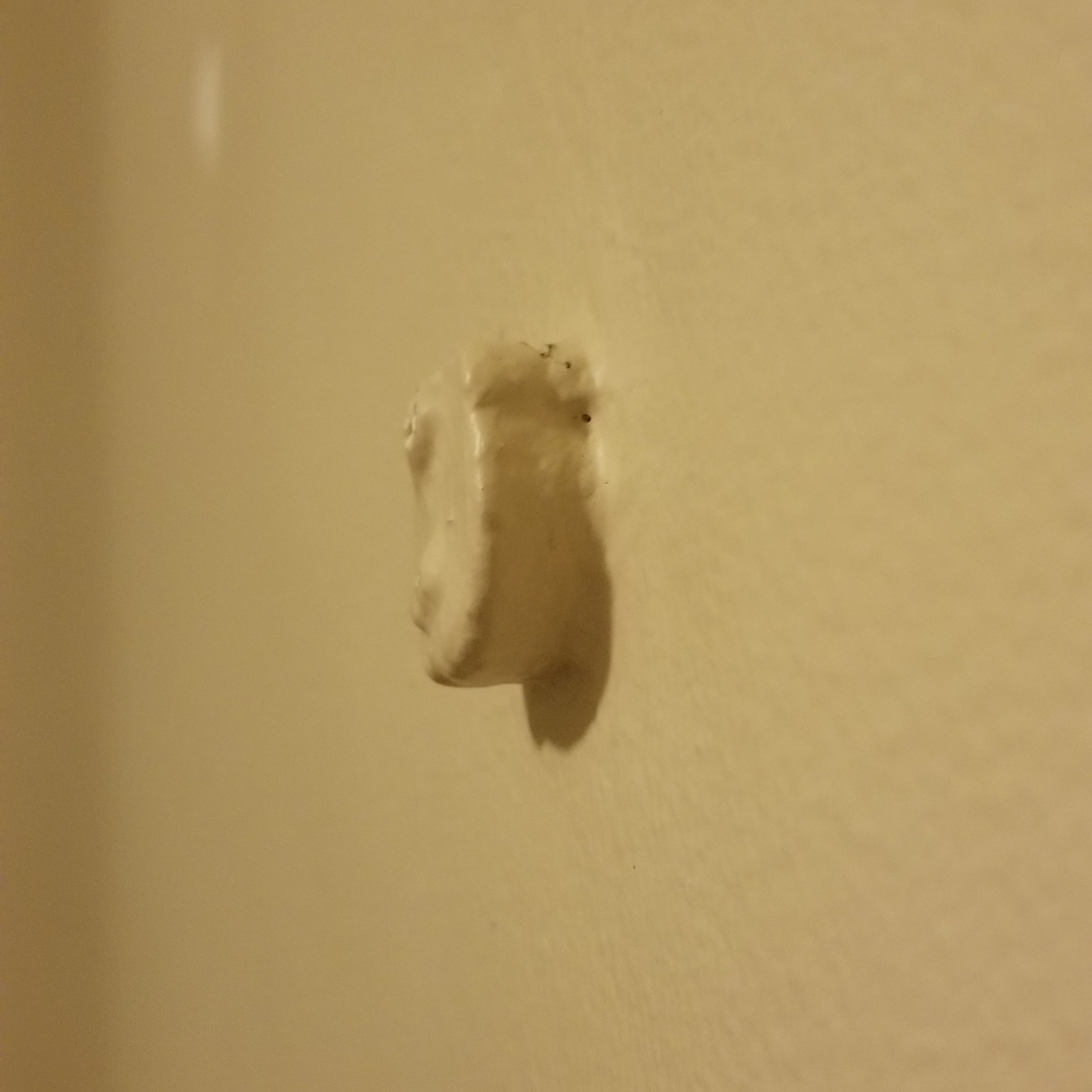 EDIT: Thank you everyone for replying. I ended up taking a knife and carefully scraping away at it. After scraping away enough layers of paint, I simply revealed metal. The two bumps on the top were just pieces of what seemed like putty (e.g., plumber's putty). Ultimately I think the responses indicating it is a cap for the end of a pipe were correct as it appears to resemble something like the image below. I was hoping this was something I could remove myself, but more likely I'll have to call a trained professional in to investigate further.

Thanks for all your help! 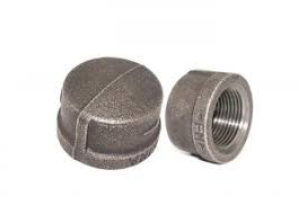 Given age of building, shape and "magnets stick to it" I'm going with old gas pipe.

Old gas pipe is not generally something you want to mess with, especially if your use of "tenants" implies rental rather than ownership. Hang a picture so it's covered, or something like that, and forget about it.

If you own rather than rent, and can trace and verify that the gas pipe in question is ACTUALLY, for sure, disconnected, you can remove it, but it's a fair amount of work.

It is a pipe end cap. See the lugs on the side, they are to fit a wrench to install/remove it. Two likely pipe contents are gas or water. Two likely states are pressurised or decommissioned. If you remove the cap, pressurised water would be messy, gas would be dangerous. Call an expert.