I was woken to a pop and a electrical burning smell. Upon inspection I found the water heater breaker tripped. When I checked out the water heater I found whats pictured. My question is the cold water line is coverd in corrosion and its leaking at the connector, what would cause this? 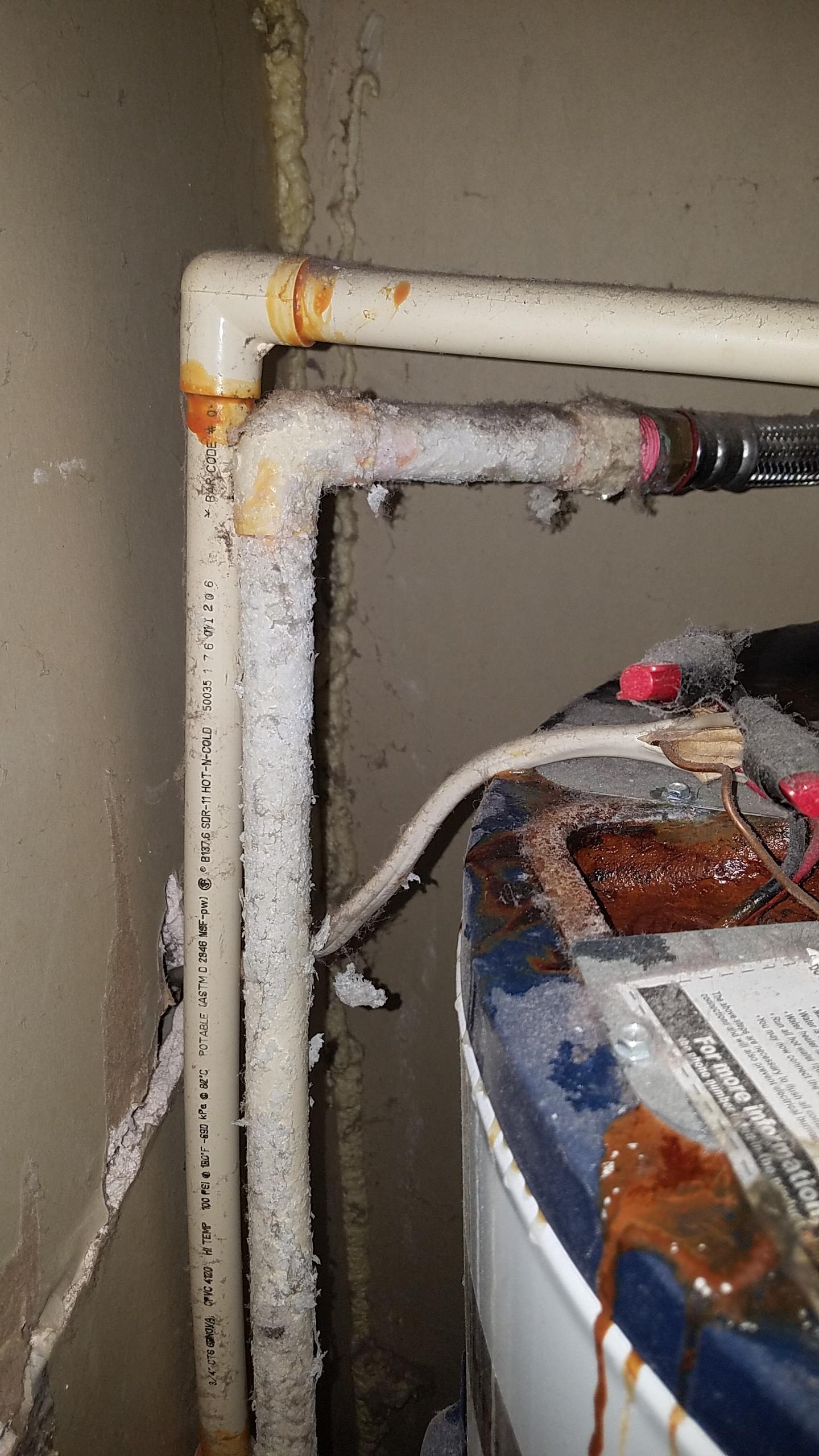 And im checking on the warranty since it was installed about 2 years ago. But if that corrosion is in the line is the tank full of it? 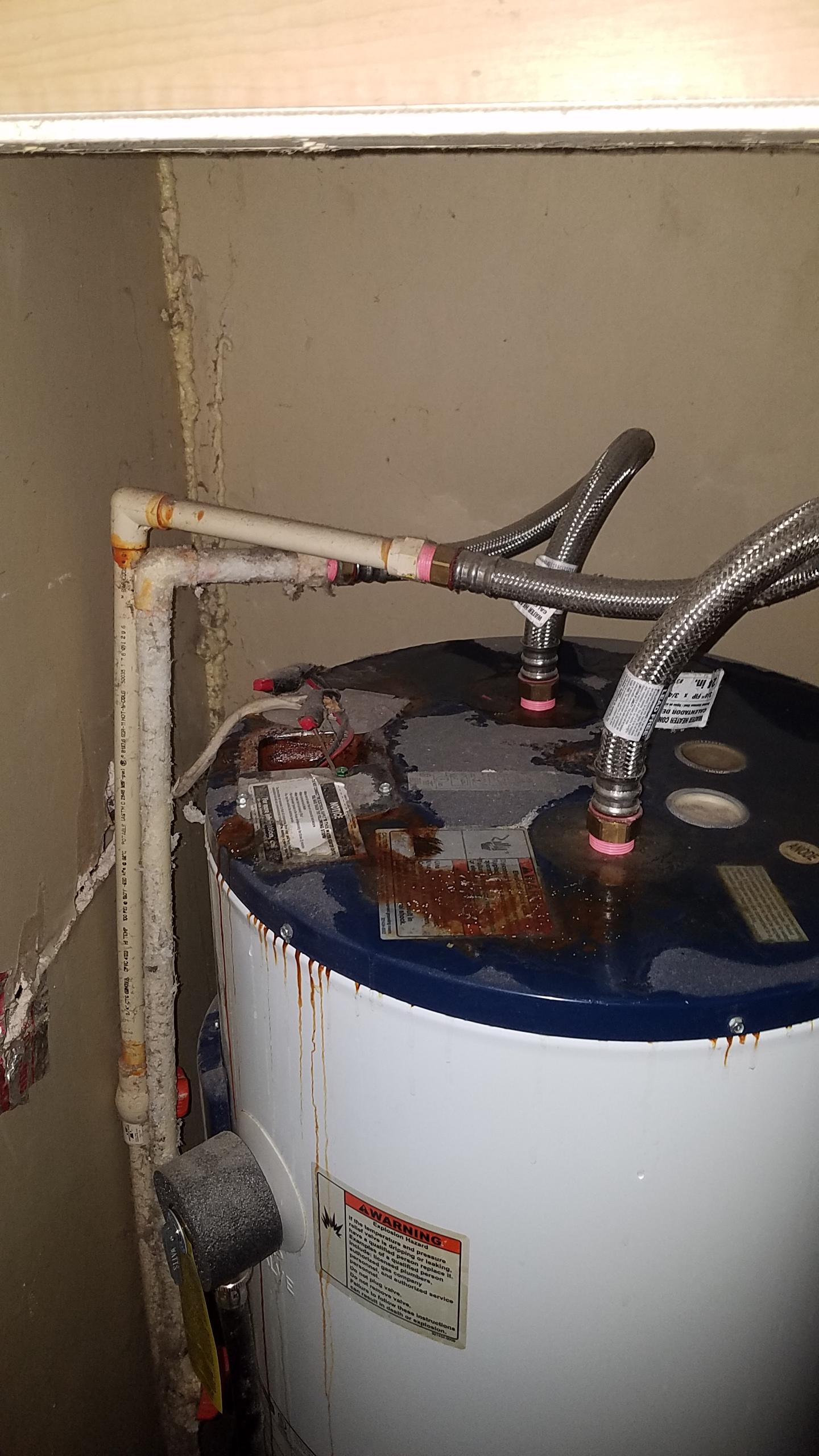 I would be more worried about the electrical being not done to code. How can I say this Romex not protected? With the leaks there could have been an electrical short. I do see a ball valve shutoff down a ways on the left side of the photo. Plastic doesn’t corrode but if not correctly glued it can drip causing the leaks , I haven’t seen pink pipe tape but it looks like that was used on the threaded fittings most primers have a blue or purple tint , then the glue don’t think I have seen your color glue especially in the last 5+ years and last is that CPVC required for hot water for decades on the west coast not sure about every where else but for a 2 year old install it should be cpvc looks to have many violations both electrical and plumbing, on top of the leaks that caused the rust and scale on the pipes and water heater.

Not the answer you're looking for? Browse other questions tagged plumbing water heater corrosion or ask your own question.