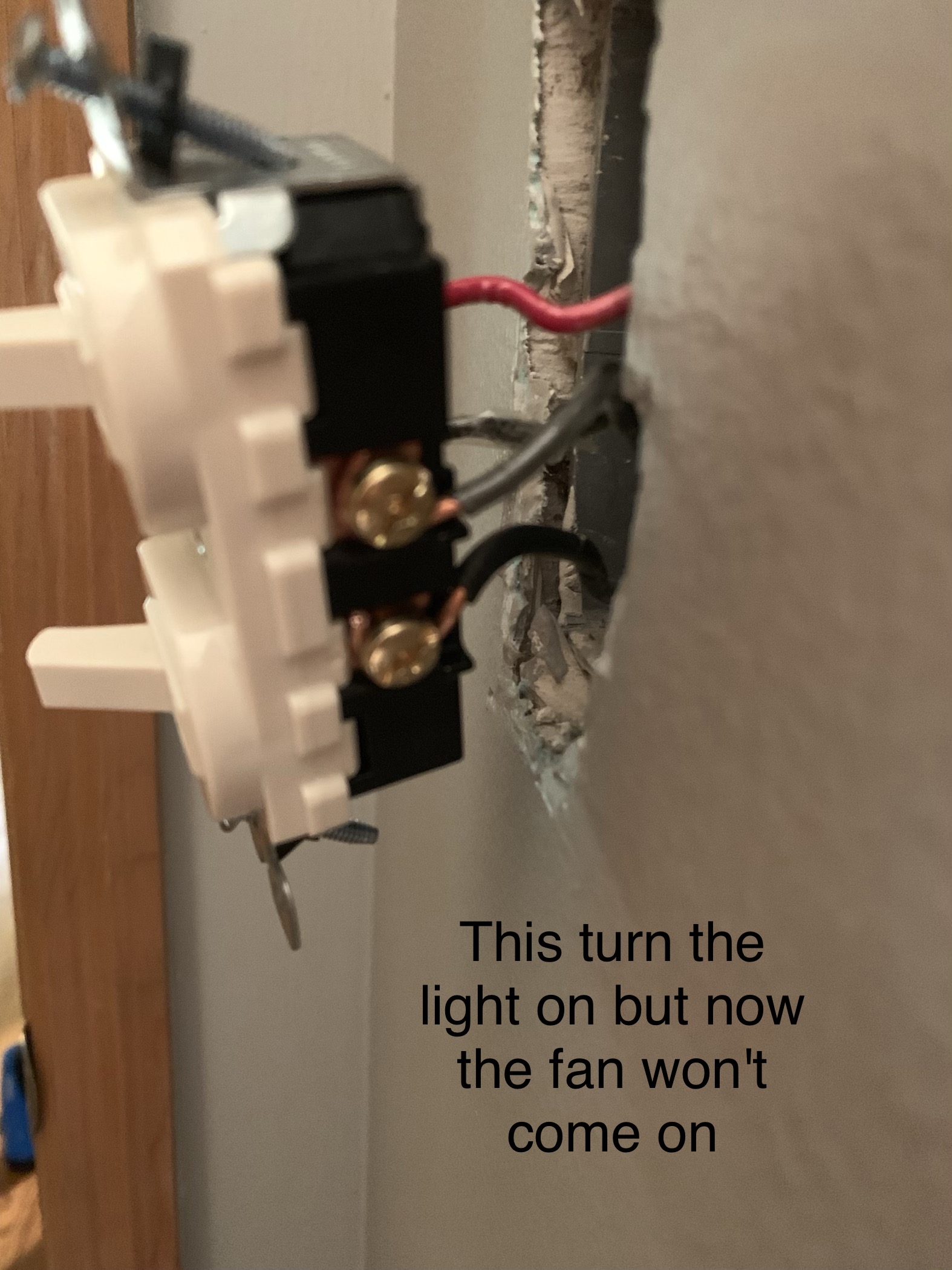 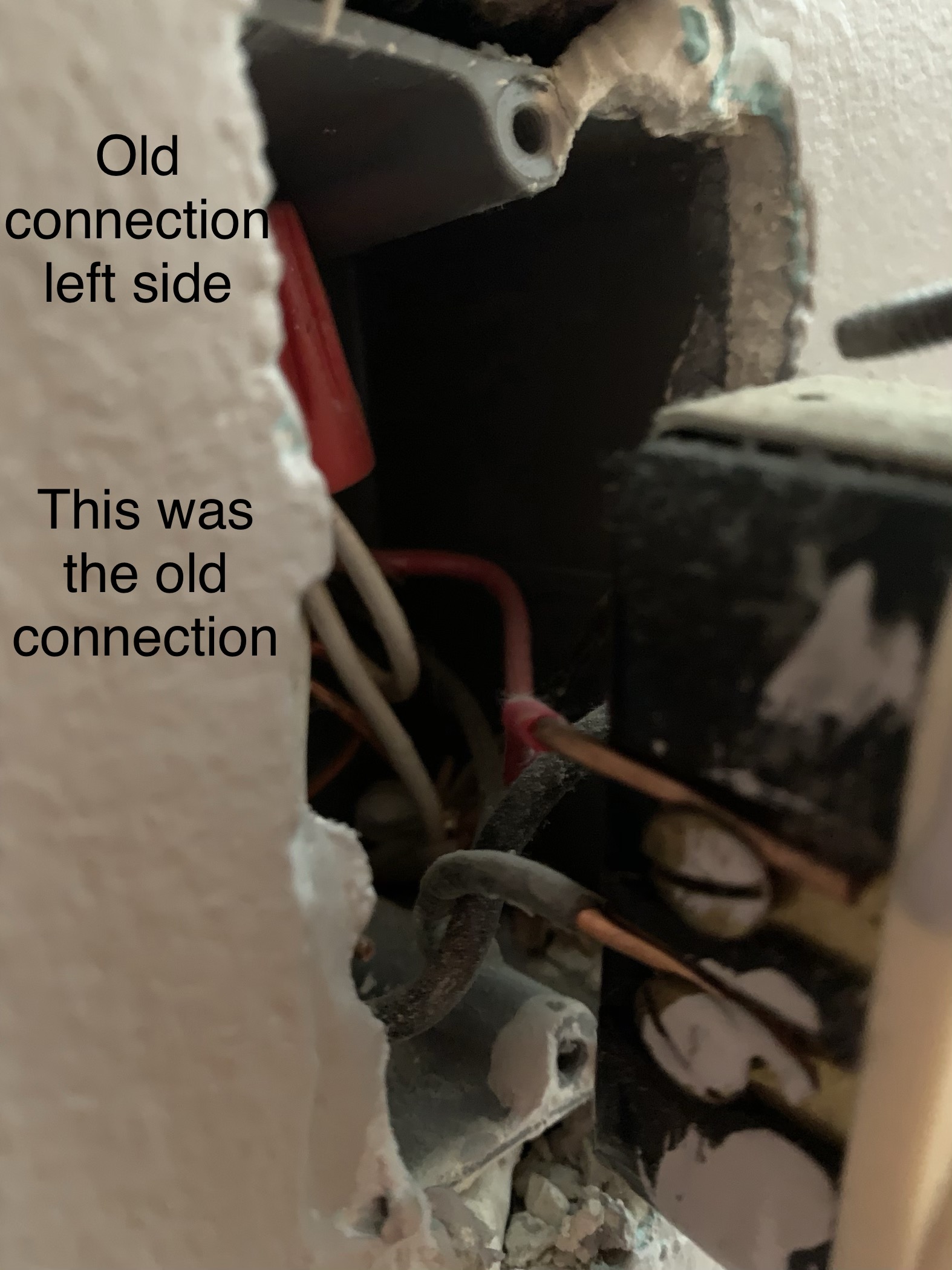 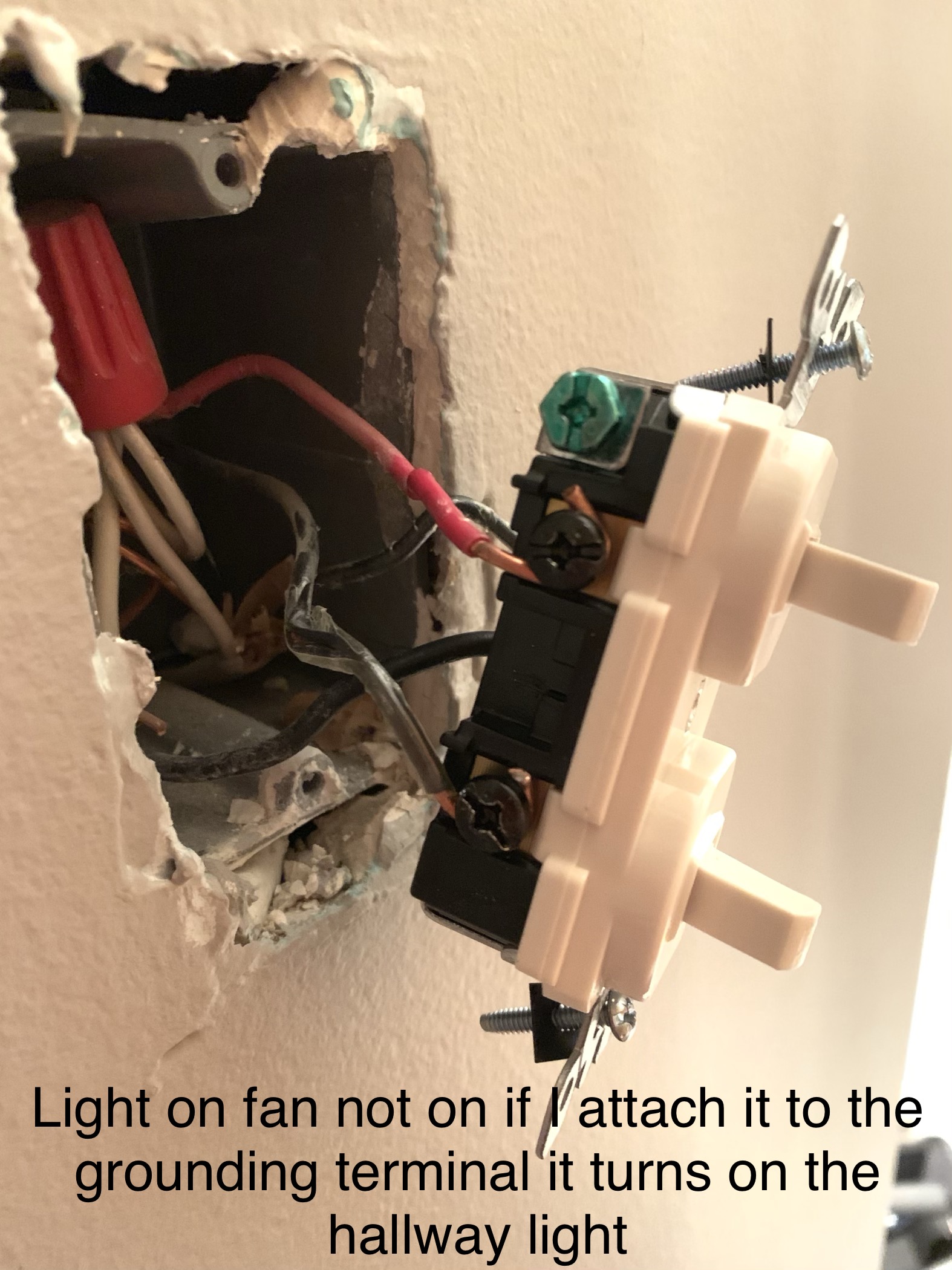 Trying to slowly replace all of the old switches in our 1980s home and having trouble getting the new Leviton switch to operate the ceiling fan and light. The two switches operate a ceiling fan and the lights attached to fan. I've attached a photo of old configuand 2 of the new config--box has 3 black wires and 1 red and of course a ground wire and white wire (never used) in box that are capped ... tried a few different config with the wires with the new switch but it either turns the light on/no fan or turns the fan on and the hallway light ! Config help please? Thank you! 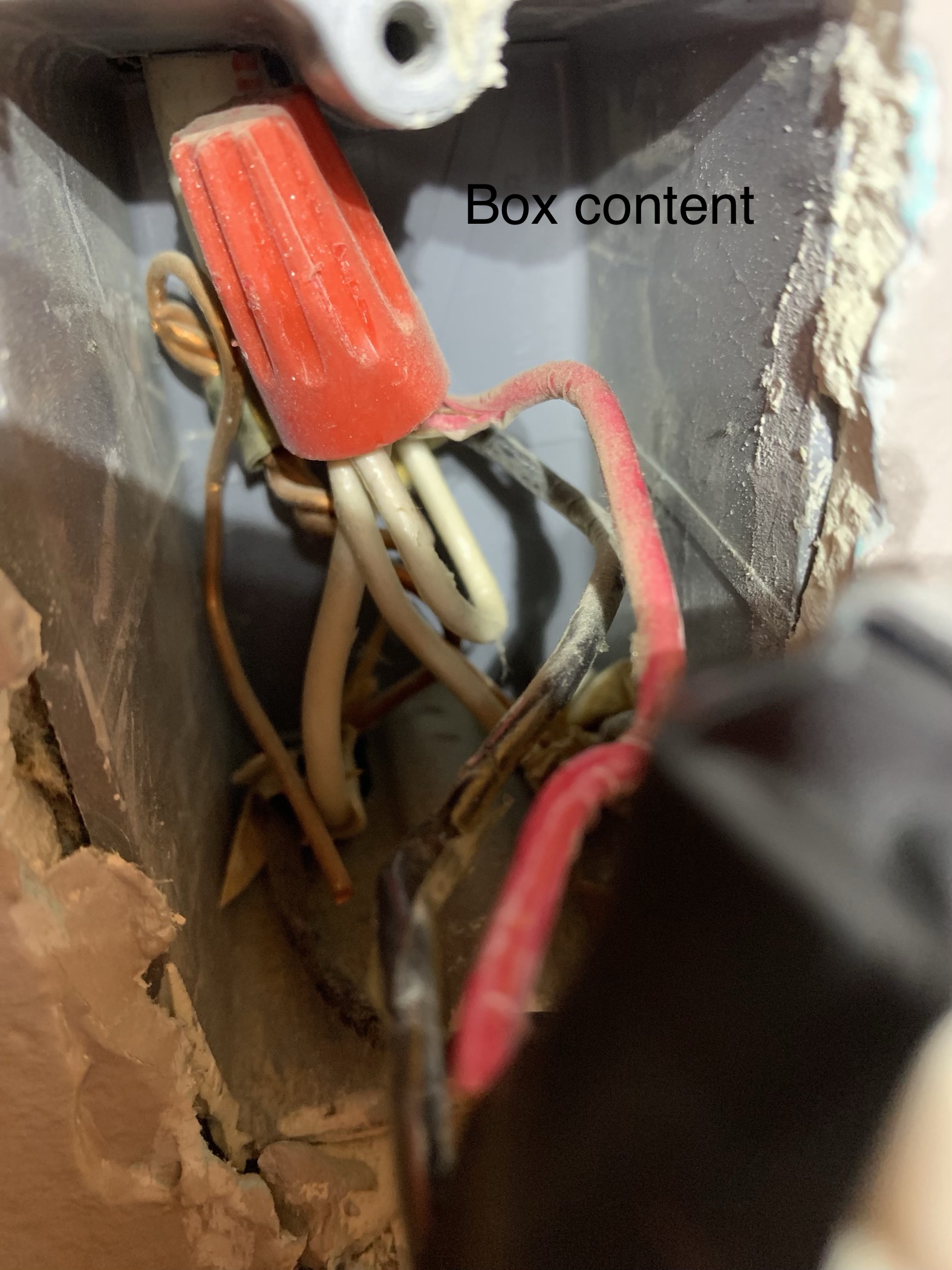 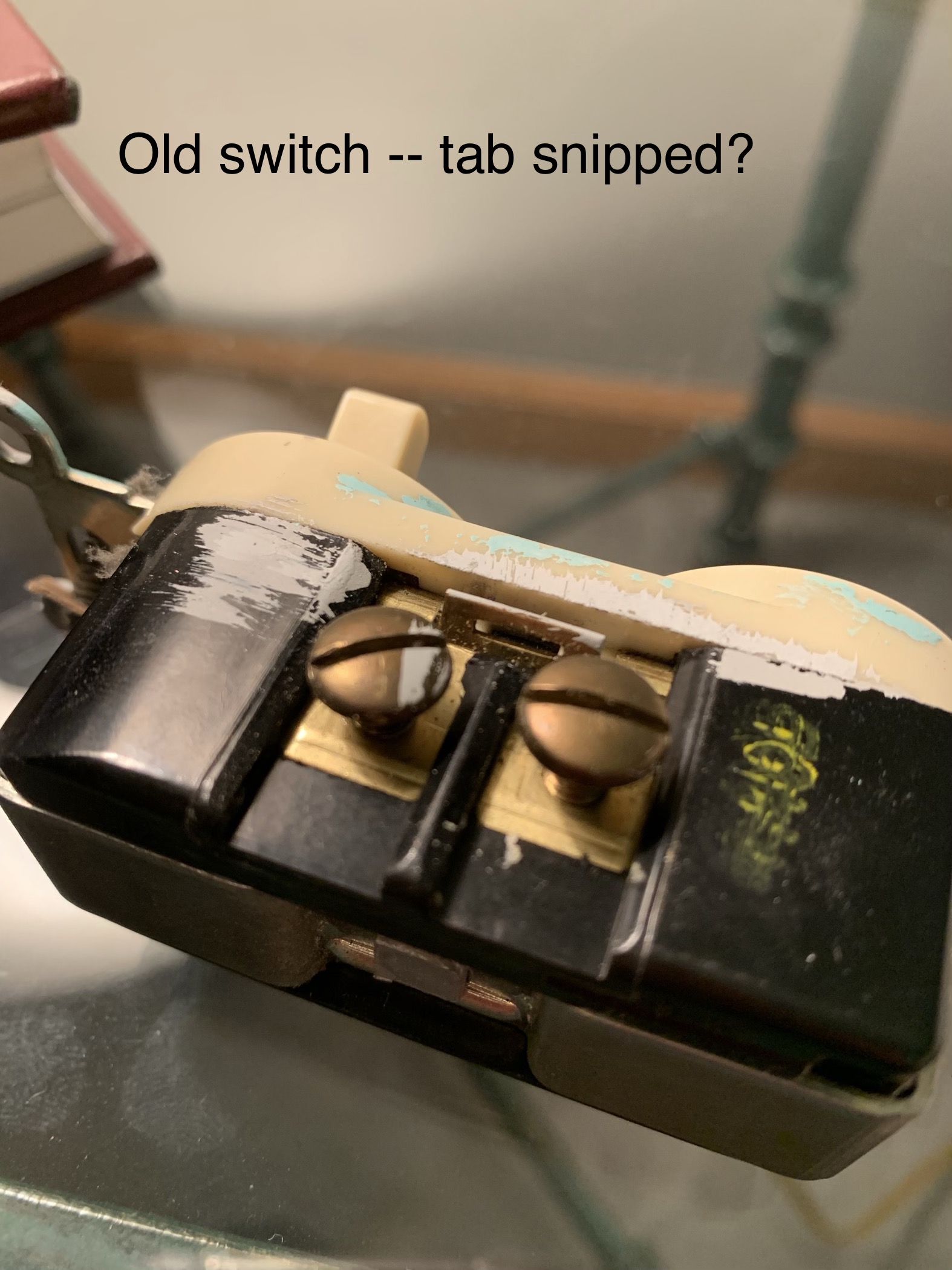 My hunch is you have 3 cables in this box:

Each switch has power on one side, and on the other side, switched-power to the fan or lamp. So you make the "one side" the "common" side with the tab not broken off.

Based on my earlier assumptions, the black wires from both /2 cables go on the "common" side.

That leaves the red and black from the /3 cable going to the 2 screws on the independent side.