Is a tight fit acceptable when fitting a GFCI into an old metal box?

It was recommended by the inspector to replace the current 2-prong outlets with GFCI outlets (grounded 3 prong was the top recommendation, but that is a bit out of budget for renovations at the moment). During the installation today, I ran into the wiring below and had a rough time getting it into the outlet (ended up doing a back wire install as outlined in the guide[0]). All seemed to be working fine and tested with the multimeter, but have been a bit paranoid about the age of the wiring... 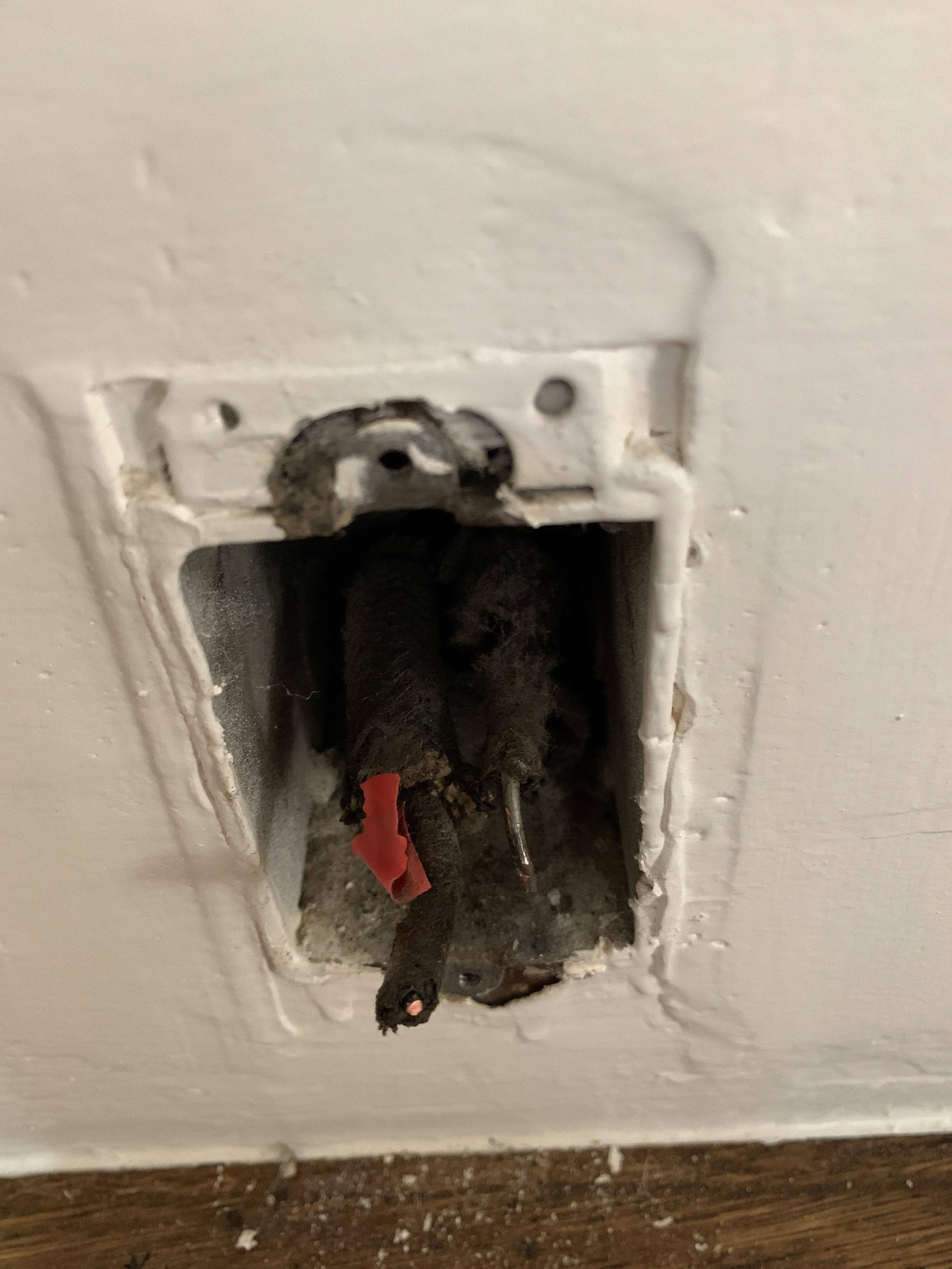 All GFCI devices are able to protect portions of a circuit downline. GFCIs simply look for differences in hot and neutral current; they don't even need ground for that. Because of this, putting two GFCIs on a circuit is usually wasteful. *Connecting them nose-to-tail, elephant style, is playing a "Yo Dawg" trick on yourself! It will drive you crazy if you ever trip one of them, because they'll all trip, and they won't reset except in a particular sequence.

Don't downgrade from a metal box to a plastic one. While the old "handy-boxes" were small and sized for their time, modern joists-and-drywall metal boxes are perfectly large. Stay with metal, not least for fire resistance (better heat dissipation) but also because some older grounding schemes depend on them. Also, plastic boxes are incapable of providing standard knockouts, and many older wiring schemes depend on them. It's not Code legal to try to cram an AC cable into a plastic box intended for NM, and that won't ground anyway! Metal boxes can be had with either knockouts or internal cable clamps, or both. 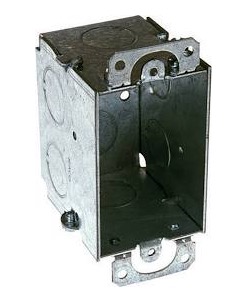 Note that if you're changing the box, you should consider moving the box too. The wires in that box are entirely too short - they must stick out at least 3" beyond the wall surface and 6" of length past the clamp. If both cables come from the same direction, you can move the box that direction and regain some critical length.

Use a box extension

You can buy yourself some additional space in a too-small box with a surface conduit starter box, which sits about 1" proud of the wall surface. If you don't actually connect any surface conduit to it, I won't tell :)

(This harmonizes well with metal boxes.)

As of NEC 2014, which California adopted, you are allowed to retrofit just a ground wire. (You are not allowed to do that for any other kind of wire, for very good reasons; but grounds only carry current during fault conditions). There are some rules.

Retrofitting grounds like this is often much simpler than pulling whole new cables, especially when you strategize. Start by laying a backbone of #8 or #10 ground wire to service large 30A+ appliances. Then connect up the 20A circuits with #12, etc.

This is cable has a cloth sheath. These old metal boxes weren't designed for today's devices. One option is to change the breaker feeding this circuit to a GFCI breaker although these can be costly. I don't know where you live, but in our jurisdiction here in Michigan, you aren't required to replace every outlet with a GFCI, only the first one on the circuit. If you have an old fuse box, not a panel with breakers you can also replace that metal outlet box with a deep plastic rework box. This box will give you more room for the larger device. At some point, you will want to upgrade the wiring. 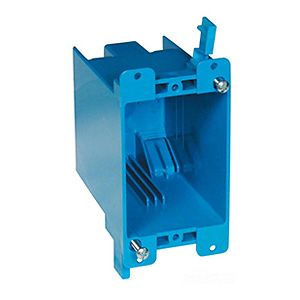 2
Continue with Back Wire on GFCI when the wire keeps coming out?
0
Limits to load connections for AFCI/GFCI Outlet
3
Installing GFCI into a box that feeds two other outlets
0
Replacing outlet switch combination with GFCI outlet switch combination
5
Using a Leviton GFCI self grounding outlet on 1950s house with metal boxes that might or might not be grounded
1
Acceptable to use grounding screw on metal box?
1
How can I correct my wiring to eliminate sequential GFCI outlets?
0
Should GFCI outlets be used with a refrigerator?